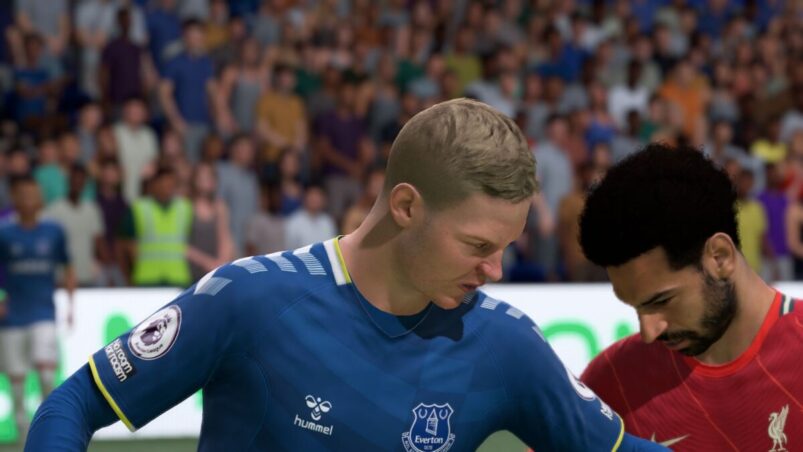 While everyone always looks at pace when it comes to FIFA 22 (just like they do in every FIFA game), the best defenders can more than make up the ground on the fastest players. And when they’re young, you can mould them into the next Van Dijk over time, making it much more fulfilling than simply buying the man himself.

If you’re looking for the best defender wonderkids in FIFA 22, we have you covered. Best thing about this collection of amazing young players? They can all be yours for little and will almost certainly give you a lot more back than what you paid over time.

Armel Bella Kotchap really isn’t far away from bursting onto the European football scene, which is reflected in FIFA 22. A defensive wonderkid, Armel has been a favourite of fans of football games for a few years now as he’s usually available on the cheap with a high growth ceiling.

If you’re searching for an absolute rock at the back who can offer solidity for years and years, Armel Bella Kotchap is the cheap wonderkid you need.

Jarrad Branthwaite has some of the most room for growth across all of FIFA 22, which seems pretty accurate to his real life counterpart. Branthwaite is on the verge of breaking into the Everton first-team at such a young age and is probably the best value youngster across the whole of the game.

While not terribly fast, Branthwaite’s height and strength make him a solid old-fashioned CB who can clear the lines effectively without any messing around. Don’t mess around, buy him.

Rav van den Berg has some absolutely outrageous room for growth in FIFA 22, so if you’re interesting in nurturing young defenders instead of overspending on the finished product, this young Dutchman should be your first port of call.

Tall with quite a lot of strength despite his age, Rav van den Berg is absolutely at least worth taking a punt on as one of only a few wonderkids that you can get for under €1,000,000, even if he might need a few years on loan before he gets anywhere near your team.

A pacey RB who already has lots of interest across Europe, Timothée Pembélé won’t develop into an absolutely elite talent, but with 81 potential and quite a few decent attributes, he will at least be a decent second choice if nothing else.

Blessed with solid sprint speed and good on the ball skills, Pembélé will fill in well for cup games, or could at least be a solid starter for most lower league teams looking to go up in the world.

Probably the most obscure wonderkid defender on this list, Valentín Barco is just one of those solid left-backs who doesn’t particularly excel in one area. He is okay on the ball at the start of save, but he really isn’t going to blow anyone away initially.

However, what makes Barco such an appealing cheap wonderkid is that his growth potential is so large with such consistent attributes that you can pretty much change him into the exact left-back you want with the right development plan. Failing that, he’d be a solid back-up for most lower league teams at the very least.