FIFA 22: Who Are The Fastest Players? 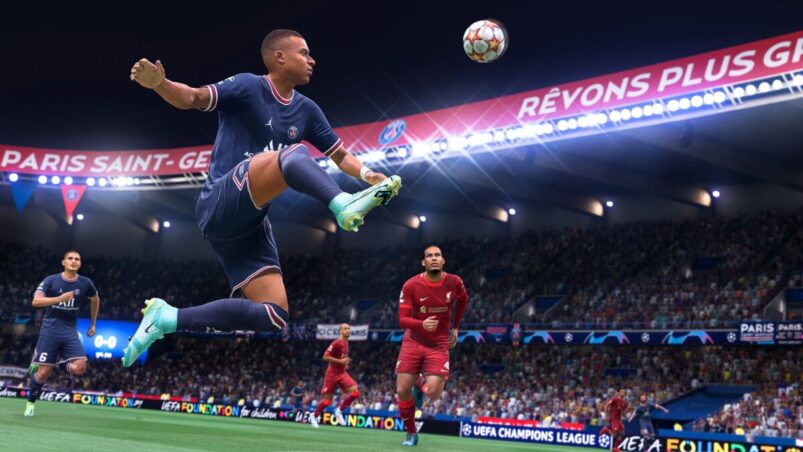 FIFA 22, as is the case with most FIFA entries, is a game all about pace in which matches will often be decided by who has the fastest players. It’s still really easy to knock the ball past other players and complete change the game.

If you’re looking for fast players in FIFA 22, where should you start? With plenty of MPH between them, we’ve compiled a list of the fastest players in the game, those who will terrorise the wings and make Phil Jagielka finally, belatedly retire at 49 years of age.

Here are the fastest players in FIFA 22.

Compared to FIFA 21, there seems to be even more very fast players than ever before.

PSG’s Kylian Mbappé being the fastest player in the game with 97 pace shouldn’t come as a surprise to anyone as he is also one of the best players overall with a 91 rating.

Adama Traore and Alphonso Davies share the honours for second and third fastest players in FIFA 22 with a still incredibly fast 96 pace.

Daniel James, Achraf Hakimi, and Vinícius Jr. then all have 95 Pace apiece, which is, again, unbelievably fast and likely to be an absolute nightmare to play against.

Some interesting changes: Aníbal Chalá, one of the last game’s speediest wingers, doesn’t make the cut, and neither do Kim In Seong or Leroy Sané.

Don’t forget that while all of these players have very high pace, how well they actually use that pace will depend on their other attributes like ball control and acceleration. Daniel James, for instance, isn’t one of the best players in the game as the overall package isn’t as good. Meanwhile, players with high acceleration will be able to use their pace quicker than others who may have slower acceleration.

READ NEXT: FIFA 22: What Happened To The Champions Edition?