FIFA 21: Who Are The Fastest Players?

William Carvalho, sit this one out, mate. 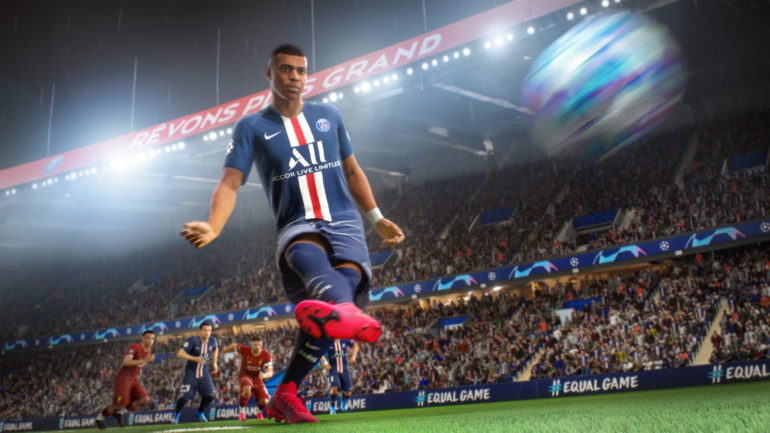 Though they aren’t the be all and end all, having the fastest players in FIFA 21 can be a huge difference maker. Pace dominates the game, especially so in FUT, and having a fast winger or striker can often be the margin between winning and losing.

If you want to make a team full of speed freaks, where should you begin? We’ve compiled a list of FIFA 21’s speediest players from across all of the big leagues, but there are even some super fast players outside of the elite that could make their way into your team on the cheap.

Here, then, are the players in FIFA 21 blessed with the highest Sprint Speed and why you should maybe sign them.

With Sprint Speed ratings of 96 each, Kylian Mbappé, Alphonso Davies, Aníbal Chalá, and Adama Traoré are the fastest players in FIFA 21. Mbappé is obvious as one of the best players in the game (and world) overall, but not many people may be familiar with Aníbal Chalá, who plays for Ligue 1 side Dijon FCO.

There are actually seven players who are runners-up for pace in FIFA 21, each with a Sprint Speed of 95. Leon Bailey, Leroy Sané, Krépin Diatta, Daniel James, Kim In Seong, Vinícius Jr., and Achraf Hakimi are all some of the speediest players in the game. Krépin Diatta and Kim In Seong will be the cheapest players to buy as they have the lowest overall ratings.

Also don’t forget that ball control will play a huge part in just how effective a pacey player really is. Despite being one of the fastest footballers on the planet, Aníbal Chalá’s terrible 55 ball control means that he may not be that great in reality.

READ NEXT: FIFA 21: Who Are The Strongest Players?