Far Cry 6: Where To Find All Rides 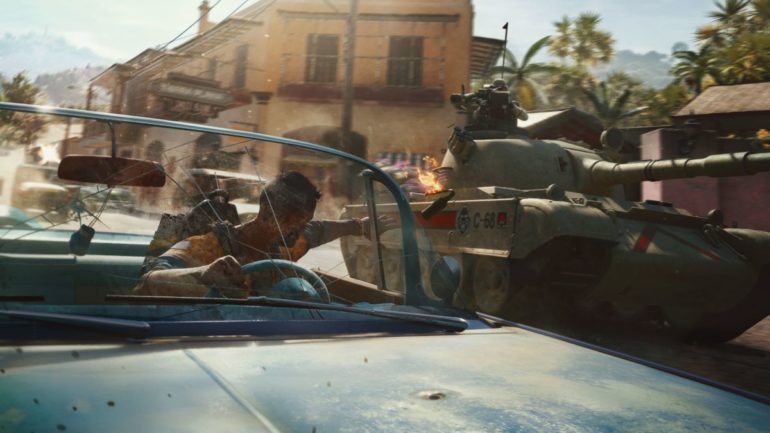 As you make your way through Far Cry 6, you’ll want to have some solid transportation. While you can spawn a variety of cool cars, trucks, helicopters, and airplanes at designated stations around the map, only your personal “ride” can be delivered to any road you’re currently near.

There are four of these rides to collect, and you can switch between them in the aptly named “Rides” section of your menu. Even better, each of them can be kitted out with a multitude of offensive and defensive capabilities, such as mounted guns, armor plates, and battering rams that can make vehicular showdowns much easier on you.

So whether you’re just seeking out some efficient transportation or looking to take the fight to some other drivers, you’ll want to make sure you’ve got a good ride ready to go. If you’d like to know where you can grab all four of these useful rides, we’ve got you covered with of all of the Far Cry 6 rides locations.

Juan’s 1956 Beaumont Valentina is your very first ride and will be received automatically as part of the story.

This classic car is obtained during the Prologue mission “Fuel the Revolution”.

The 1985 Tokai Sabuku is found at an FND Storage Facility located in Catalina Ridge in the El Este region.

The truck will initially seem unreachable behind a giant garage door. Once you take out any guards that might be hanging around, however, you can go around the back of the facility and find a crane.

Climbing up and over the back of the crane will allow you to then jump through a hole in the wall of the building. Once inside, you’ll need to destroy wooden pallets and cardboard boxes until you reach the old truck and earn yourself a new ride.

Yami’s 2008 KAG TG is obtained in the Madrugada region as a reward for completing the Yaran Story “Backseat Driver”.

In this mission, you’ll actually steal the KAG TG for an NPC named Yami, and right after doing so, she’ll give you permission to hang on to the ride for yourself. Score!

The 1962 Varrazzano Bravo is rewarded to you for completing any Gran Premio race on the map.

You can choose whichever race you like, but one of the earliest you can access is the Four-Wheeler Fury race in the Madrugada region, so that one might be worth a shot.

Once you’ve obtained all four of these rides in Far Cry 6, you’ll net yourself the Car Cry trophy or achievement and have plenty of options for transportation around Yara.