The Quick and the Undead. 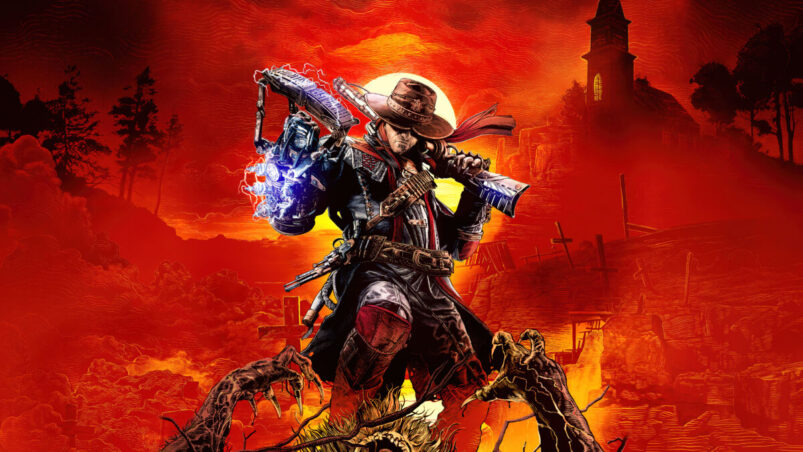 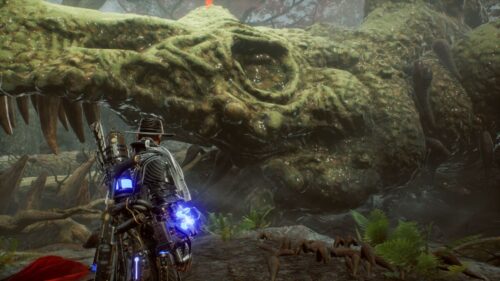 Evil West isn’t concerned with asking the tough questions in life. Instead, it’s more concerned with revelling in the enjoyment that comes with smacking vampires with an electrified gauntlet. There’s a lot of influences at play within Evil West that come together to create one hell of rollercoaster ride. Just like a rollercoaster, though, as soon as you start to slow down a little, the illusion starts to break.

The story sees you playing as Jesse Rentier, a field agent for the Rentier Institute, who specialise in protecting America from a legion of supernatural threats. Those threats are primarily vampires, with Rentier running afoul of a particular vampire family keen on experimentation. After a successful raid on a vamp lair, the Rentier Institute is decimated, forcing Jesse and some key allies to work together in order to survive.

As stories go, it’s certainly one that’s there. The characters are fine, with the only memorable one being a government stooge named James Harrow. Granted, he’s only memorable because he’s a detestable little tosser who you spend all game hoping gets his comeuppance, but still. The rest of the characters are just there for the story, to be honest, with Jesse himself only having two defining characteristics: he hates vampires, and he calls anyone vaguely smart a big nerd. If this was set in high school, Jesse would be stealing your lunch money and stuffing the goth/emo kids in lockers.

If you’re looking for the next big thing in vampire fiction, Evil West probably isn’t going to be it, because the real star attraction is the gameplay. Evil West draws some inspiration from God of War, with its tight, over-the-shoulder camera and focus on close range brawling instead of long-range firefights. However, that’s not where the inspiration ends, as Evil West ends up feeling like a third-person DOOM Eternal.

The main form of attack players have in Evil West is a massive gauntlet that you punch vampires with, triggered by pressing RB. Depending on your combination of buttons, you can also perform uppercuts and set up juggle combos, or follow up in the air with a massive punch that can send enemies flying into environmental hazards. The gauntlet can also be used defensively too, as Jesse puts up an electrical barrier with LB that can be used to parry attacks and leave enemies vulnerable to follow-up damage.

While Evil West is more melee focused, that doesn’t mean there aren’t guns and weapons either, with Jesse unlocking access to a revolver, a rifle, a shotgun, grenades, a crossbow, a gatling gun and even a flamethrower. By the end of the game, Jesse’s rocking an arsenal that would even make Doomguy feel a bit envious, but the joy of Evil West is that it feels fluid to control all this power.

Sure, Jesse’s grenades, flamethrower and gatling gun are all tied to the d-pad, and trying to select one of those in a tense firefight can be somewhat cumbersome, but his main weapons are much easier. Pressing the right trigger will fire Jesse’s revolver, while pressing the left and right triggers together aims his rifle, allowing for instantaneous switching between the two. Meanwhile, the X button controls Jesse’s shotgun, allowing for quick damage to anyone who gets too close, too quickly.

There’s a lot to sink your teeth into within Evil West’s combat, and that’s without even touching on the perks and weapon upgrades that allow you to make Jesse even more powerful. He’s pretty strong at the start of the game anyway, but when you start unlocking those upgrades, combat feels like an incredible power fantasy.

A lot of Jesse’s most powerful offense requires you to have energy, but there’s lots of perks and upgrades that allow Jesse to earn energy by killing enemies, so you end up using fodder enemies to charge your strongest attacks. It’s a familiar yet satisfying loop, especially as you try to refuel and recharge while the sheer might of the underworld is bearing down on you. Once you unlock upgrades like the Supercharged mode and others, you almost start feeling sorry for the vampires in Evil West. Jesse’s just too damn powerful, until the bosses come out and slap you around. Those are some humbling moments.

Evil West’s excellent core gameplay and escalating levels of power keep the game fun and exciting for the 10-12 hour runtime, but there’s an awfully formulaic stench that permeates throughout Evil West, and that’s not due to the game’s linearity. If anything, being linear works to Evil West’s benefit, as it doesn’t really pretend to be anything other than an over-the-top vampire shooter/brawler.

What does harm Evil West is how much it feels like an Xbox 360 game in terms of its level design and structure. Levels are laid out like a series of narrow hallways, punctuated by some obvious battle arenas in open areas with some environmental hazards sprinkled in. Jesse himself has very limited agency regarding the world around him, only able to climb or interact with something if there’s a big glowing chain nearby, leading to some honestly silly instances where he’ll refuse to climb over a small wall unless it’s the one specific part of said wall.

That rollercoaster feel also comes to a screeching halt if you stop to look around every once in a while. There’s more than a few moments where you’re meant to be in an area surrounded by vampires, but when you look at said vamps, they’re moving at two frames a second. There was another moment early on in my playthrough where it looked like the background assets just weren’t even there, giving the impression that players were just meant to move quickly from fight to fight instead of stopping to soak in the sights every now and again, which is a shame because Evil West’s graphics are pretty decent.

Despite those presentation and design flaws, the core gameplay of Evil West is hard to deny. Whether you’re pummelling vampires, electrocuting them or riddling them with lead, the combat on offer here is some of the most fun you’ll have with a game this year. If video games are art, Evil West is the equivalent of flinging paint at the canvas: it’s simple yet highly entertaining all the same.

A code for Evil West was provided by PR for the purposes of this review. 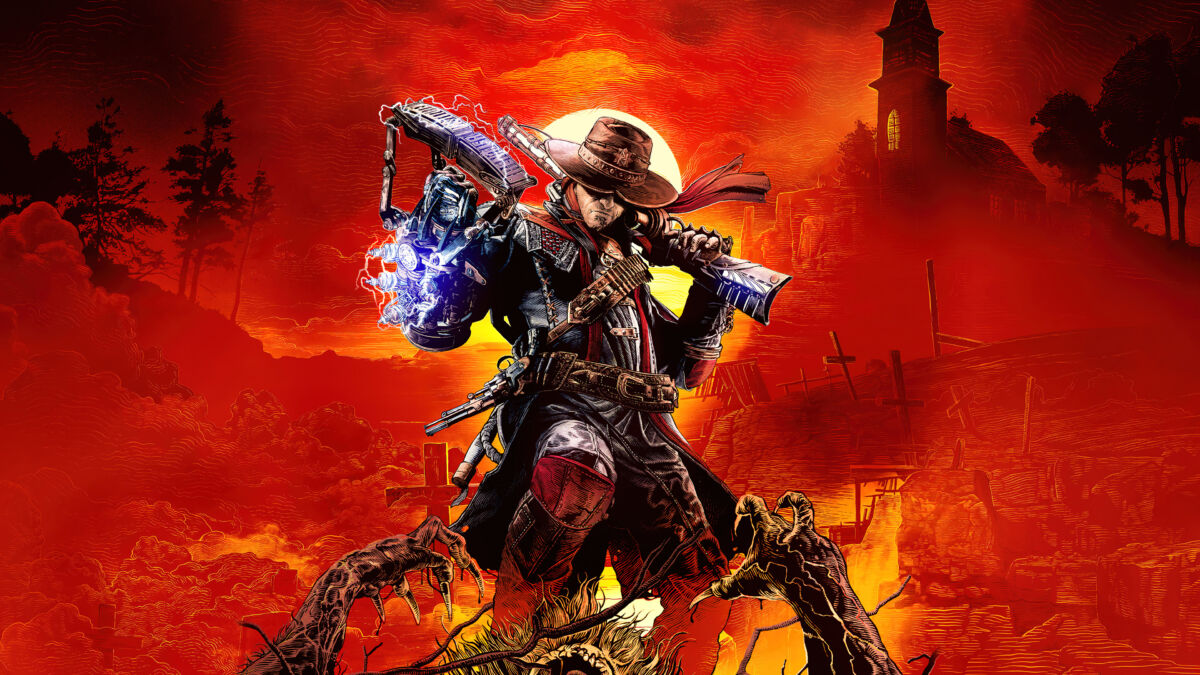 Verdict
Evil West isn’t the most complicated game ever made, but it doesn’t need to be, offering a good few hours of overpowered fun.
7.5
Cultured Vultures is a pop culture website established in 2013 covering all things gaming, movies, and more. We eat your words.
All The News On The Biggest Games