Is Evil Dead: The Game Coming To Steam? 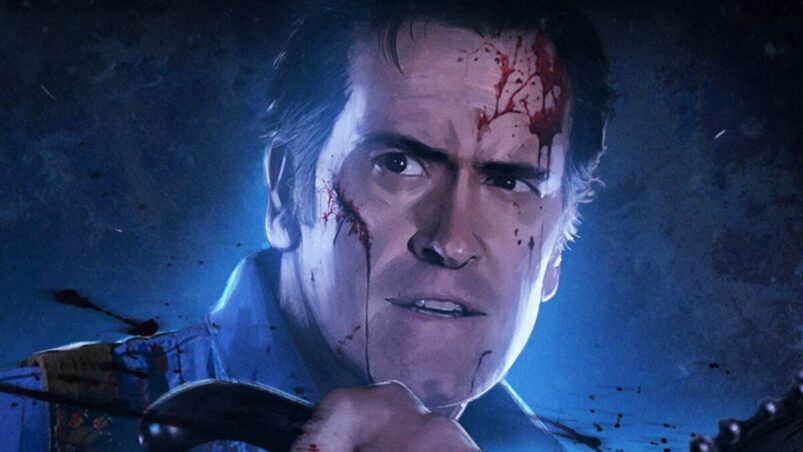 Evil Dead: The Game is a brand new take on the series starring Bruce Campbell, and it’s not like any other Evil Dead game. Players can experience 4v1 multiplayer madness that pits four survivors against one Kandarian demon. But is Evil Dead: The Game also coming to Steam?

Evil Dead is one of those franchises that’s so much better than it’s got any right to be and has amassed quite the cult following. After all, with Ash Williams at the helm, it’s hard not to grab your boomstick and groove along with the chaos.

The newest adaptation was released on May 13th, 2022 for PC, PS4, PS5, Xbox One, and Xbox Series X & S, with an eventual Switch release in the works. Evil Dead: The Game was released on PC through the Epic Games Store, and Steam users are wondering if the game will ever head their way.

About Evil Dead: The Game

Similarly to Friday the 13th: The Game, the main focus of Evil Dead: The Game is cooperative gameplay with PvP mechanics in an online multiplayer setting. Single-player mode is also available.

There are four classes of playable Survivors, including Leaders, Warriors, Hunters, and Supports. Several familiar faces from the original Evil Dead films and the Ash vs. Evil Dead series make up the Survivors.

All four classes feature a different version of Ash Williams himself, complete with his chainsaw and boomstick, and voiced by none other than the infamous Bruce Campbell. Hail to the king, baby. Other characters include King Arthur and Annie Knowby as Leaders, Henry the Red and Scotty as Warriors, Pablo and Cheryl Williams as Supports, and Amanda Fischer, Ed Getley, and Kelly Maxwell as Hunters.

Survivors have to complete multiple tasks during the match, including exploring each map, looting for gear, keeping their fear levels intact, finding important items, and sealing the breach demonic forces are using to invade the human realm. Each character has their own weapon load-outs and abilities, which can be upgraded using a leveling system and skill tree.

Chaos reigns while playing the insidious Kandarian demon, who’s invisible to the Survivors for the entire match. As the demon, you’ll collect energy from around the map to perform devious actions, like possessing objects, summonable Deadites, and even Survivors whom you’ve terrified the crap out of.

The game was released to PC through the Epic Games Store and isn’t yet on Steam due to an exclusivity deal. Epic has had an increase in timed exclusive games, much like other digital storefronts, making it harder for Steam to be a catchall when it comes to new PC releases.

READ NEXT: Is The Lord of the Rings: Return to Moria Coming to Steam?