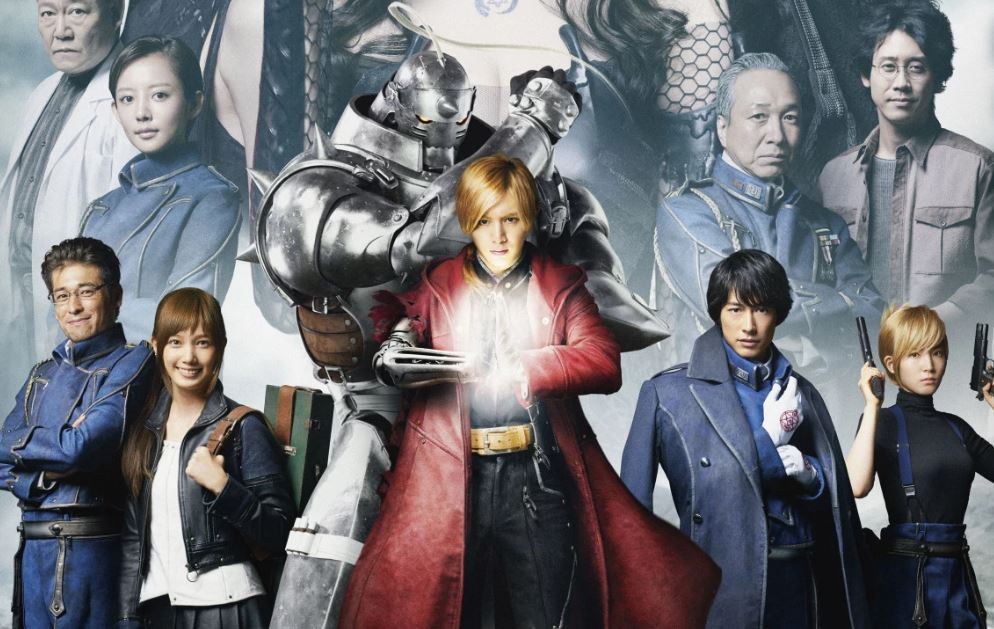 Fullmetal Alchemist is one of the most celebrated and recognized Japanese fiction properties in modern times. From the long-running manga that ran from 2001 to 2010, to the two anime adaptations it has received from titan of the industry Studio Bones (one in 2003, and another, the vastly more popular Brotherhood, in 2011), the story of two brothers learning and mastering the terrifying art of alchemy to bring back their deceased mother has become one of the cornerstones of the anime and manga sphere, being comparable to giants like Death Note, Attack on Titan, and Hunter x Hunter. The Fullmetal Alchemist: Brotherhood adaptation is held as one of the most acclaimed and widely popular anime series of all time, topping the charts in sites like MyAnimeList and generally being loved by most people who watch it.

So why are we talking about it here?

Netflix, never one to pass up an opportunity for massive revenue, and already having delved into anime and manga adaptations through their controversial yet extensively popular Death Note film, picked up the rights to a Japanese live-action production of the Fullmetal Alchemist series, and have finally released it to the West. How does it fare in comparison to the many iterations of the franchise?

Nothing more than a disgusting, eldritch apparition caused by miscalculation and lack of knowledge (much like the Elric brothers’ first foray into alchemy), this Fullmetal Alchemist rendition is an atrocity unworthy of the FMA title. It’s an utter botch in terms of simple storytelling construction, relatable and rootable characters, consistent tone, and visual flair. I guarantee that if you watch this film, you will be immediately confused as to what is happening if you haven’t seen or read the original story, and if you have, the betrayals are too many to count.

I am simply baffled as to who this film was made for. It crumbles as it tries to please both newcomers itching for a clear-cut introduction to the story, and die-hard fans looking for more FMA to consume. It manages to insult the intelligence of both.

Not only does it painfully compress one of the most grandiose and far-reaching action stories in recent history into mush, but the film also jam-packs tons of the original narrative’s unrelated side-plots into 2 hours, which do nothing but overwhelm and confuse the viewer. Many of the narrative diversions that this movie attempts to delve into are unrelated to the central, relevant themes the original explores, and only serve to further the downward spiral of plot disorientation. In fact, the main conceit of this film is most commonly seen as the worst subplot of the original by fans, and is not redeemed or salvaged at all here. It’s actually exacerbated, to gut-busting levels.

Fullmetal Alchemist also fails as a standalone, since core elements of the setting and characters are completely glossed over and forgotten, opting instead for a break-neck approach that would turn any new viewer off to the franchise immediately due to its blistering speed. The first act of the film does nothing to establish the connection between the in media res opening and the subsequent action scenes, only letting you know way later what everything is. For about 30 minutes, the plot never sits the viewer down and tells them what the hell is actually happening, and instead chooses to dazzle them with some of the most lazy, unengaging action scenes I’ve ever seen in a movie.

I have to talk about the effects. They can range from slightly below average to downright grotesque, but not in the intended fashion. Many of the show’s most disturbing moments turn instantly laughable as soon as the weightless CGI unceremoniously dances around the screen. Moments that should strike deep tension into the heart of the viewer are slammed into paste by the unconvincing effects. When action sequences break out and the enemies are all computer generated, it loses any and all stakes and realism. It looks like a video game from 2012.

Continuing with the plot, basic narrative rules are broken all over this trainwreck, from outright omitting essential exposition, to characters that feel as lifeless and bland as wet tissue paper. It’s baffling how such a blunder of screenwriting got picked up by Netflix, who usually has higher standards when dealing with their “official” projects. I guess the quality must be irrelevant when the name itself will sell.

The performances are laughably corny and overacted, from the stupidly cocksure portrayal of Edward (who is supposed to be headstrong and confident, sure, but not a smarmy prick so in love with the stench of his own farts that he uses them as perfume), to the grimace-inducing, overly caricature-esque depiction of Winry (a strong-willed, mechanically genius country girl who gets reduced to a painfully sprightly, schmaltzy token childhood friend character). The rest of the cast seems like they’ve swallowed a dozen Xanax (with the exception of the passable performance of Maes Hughes) and provide little to no emotion.

It not only utterly fizzles as an adaptation, but also as its own thing. A complete waste of time, resources, and talent. Why do this? Fullmetal Alchemist: Brotherhood already exists, and while that’s 64 episodes long, its much more comprehensible, emotional, epic, and impactful than this flabby, schlubby and weak impostor.

It feels like one of Envy’s shapeshifted bodies; fake and empty. Get as far away from this twitching, bloodied beast as humanly possible and watch it die in agony from a distance.

Verdict
Fullmetal Alchemist tries and fails to adapt a world-sized epic, and does so with incomprehensibly unfocused results. Key aspects of storytelling, character building, and presentation are thrown out the window, and the finished product is a frustrating 135 minutes that feels like Chinese water torture.
1
Cultured Vultures is a pop culture website established in 2013 covering all things gaming, movies, and more. We eat your words.
All The News On The Biggest Games