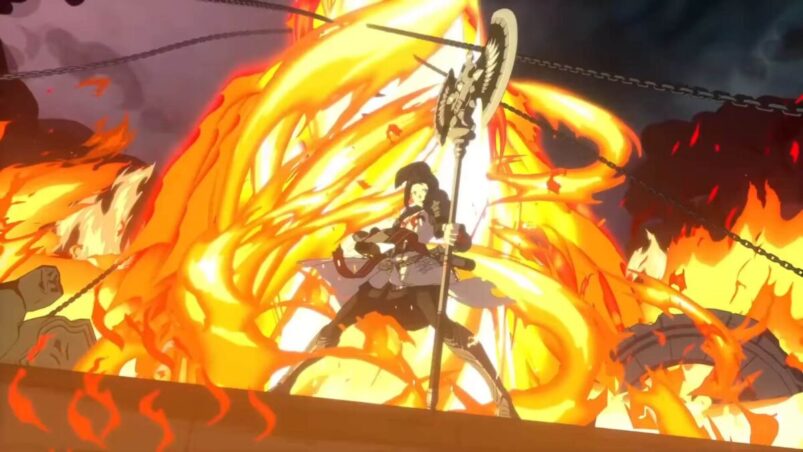 DNF Duel is a one-on-one fighting game with a focus on easy-to-use moves that are both stylish and fun. While the game’s accessibility makes it enjoyable for everyone, it has a little more to offer for those willing to peek under the hood. Here are some basic DNF Duel gameplay elements to always be keeping in mind, along with a few DNF Duel tips and tricks to push you to the next level.

Pressing A+B will make your character go for a grab. Grabbing can’t be blocked and does a fair amount of damage, usually putting each player back at a neutral state after the damage is done, with the victim ending up on the floor. This is good against opponents who rely too much on their defenses, but grabs can be broken if the enemy responds with their own. Grabs can also miss, which will make the user stumble and leave them wide open for an attack.

Every character also has the ability to perform a Conversion by pressing B+Skill to convert white damage on their HP bars into MP. You are also able to perform this action during combos to cancel your current attack animation early and reset you back to neutral. This will allow you to continue combos that you may not have been able to before for added damage. Performing Conversions is a risk, however, as it eliminates any white damage on your HP bar, which recovers HP if you’re able to not take hits for a moment. It makes this a good option for when you want to go all-in on a combo to finish off your opponent.

The orange HP meter represents the remaining Hit Points of a character. The goal of each round in a fight is to deplete your opponent’s HP. A attacks, B attacks, and attacks using the Skill button will do large amounts of “white damage,” which is represented by a white bar that appears underneath the orange HP bar when the previously listed attacks land or are blocked. After a moment of not taking hits, this bar will begin to replace itself with HP. When your HP goes below around one-third, your character will be put into Awakening Mode and gain access to a passive buff that’s unique to them, along with their cinematic Awakening Skill attack that deals huge damage if it hits.

Your MP meter is located directly underneath a characters’ HP meter and is used for MP attacks. These attacks deplete any white damage built up on your opponent when they connect and each MP attack has an MP cost. You can view these in each characters’ command list, and the cost is depleted when the attack comes out.

When you lose all of your MP, your character enters an ‘Exhausted’ state and is unable to use MP attacks for a short time. MP will begin to regenerate on its own, or when you land an attack on an enemy. B attacks and Skills restore noticeable amounts of MP, making them ideal to use in combos that make use of a lot of MP attacks. As your HP meter depletes, your MP will begin to go above its 100 point threshold, eventually hitting 200 points during a characters’ Awakening state. This means you’ll be able to use more MP attacks to extend combos or chip away at opponents more effectively the lower your HP is.

DNF Duel doesn’t offer a ton of defensive options, so making the most out of what you have is crucial. While you have the option of blocking in the classic way, which is moving away from the opponent during their attacks, your Guard button shouldn’t be ignored.

Using the Guard button to block will keep you safer during a fight than holding back on your controller. One of the main benefits is not having to worry about an opponent jumping over you with an attack, forcing you to switch directions in order to keep blocking their pressure. Be careful, however, as the Guard Meter next to the timer will deplete each time you take hits in rapid succession. When this meter fully depletes, the defender will suffer a Guard Break and be wide open for an attack.

Guarding like this can also reveal the incredibly dangerous nature of committing to a jumping attack, as most characters jump very high and fall relatively slowly. This means you’re able to punish reckless jumping rather easily by moving or performing anti-air moves to catch the enemy. You’re also able to perform a forward-moving dodge by moving towards your opponent while holding down the Guard button, allowing the user to slip through predictable attacks and projectiles. If you need to retreat in a pinch, backdashing might give you a little bit of leeway due to its small window of invincibility during the startup. You can only move forward during a dodge, however, and can also be grabbed out of it by an observant opponent.

When you’re thrown, you’ll enter a grounded state. From here, your character will automatically get up if your opponent doesn’t follow up their assault with a grounded attack. After a grounded attack, or after taking enough hits in the air, your character will flip out of their hitstun and have a chance to land safely back on the ground. You’re able to judge just how long characters have before they’re able to act by keeping track of the “Unconscious” stat during your combos in Training Mode. Getting knocked down will allow your opponent to gain ground on you, so be sure to avoid this by staying mobile.

The vast majority of characters can be picked up and reliably use the same type of chain combos. Tapping A to B to S to MP will net you basic combos with the vast majority of the characters in the game, with notable exceptions being the Launcher and Ghostblade. Doing this is a great way to try out new characters and get a feel for them before learning their intricacies in their tutorial mode trials.

While the tutorial goes over system mechanics and messages, “Good” timing, Counter Hits and Critical Hits are arguably the most important to keep in mind. Counter Hits will leave your opponent vulnerable for a little longer than when hit normally, so it’s good to keep an eye out for when you land one. Landing them consistently can be tough since you need to hit your opponent while they’re doing a move, but it needs to connect before theirs comes out. Once you learn your opponent’s moves, however, it’s best to go for Counter Hits with B attacks rather than A due to the increased overall damage.

Critical Hits are a bit simpler, but are important to keep track of. Characters such as the Launcher and Enchantress deal large amounts of white damage since they fight from afar, making MP attacks extra important. Critical Hits escalate to Brutal Hits and then Fatal Hits, which is decided based upon the amount of white damage an MP attacks eliminates when it connects. While it’s a good aggregate for your own offensive potency as a ranged fighter, these are also excellent sources of points in single-player modes. This is important to consider in Survival Mode, since you use your points to augment the next fight after defeating an opponent.

“Good” Timing is another subtle system message that’s worth noting. Every character in DNF Duel has MP attacks that can be performed by either pressing a direction and the MP attack button at the same time, Smash Bros. style, or by using traditional Street Fighter style motion inputs. When you use the latter option to perform your MP attacks, such as using a quarter-circle forward motion for the Launcher’s X-1 Extruder attack, you will see a message appear on your side of the screen that reads “Good!” Using MP attacks this way will see your MP meter begin to replenish itself automatically instead of having to wait a second after performing the move in a simpler way.

DNF Duel is a fighting game geared towards beginners, but can get complex the further you decide to dig into it. While the tutorials do a great job of teaching you character specific techniques and the basics, it brushes over the intricacies. This guide will help you approach the rougher edges and deeper concepts that creep up head-on as you fight through the competition.