After a longer wait than most would have liked, the Derry Girls are coming back for more mishaps. 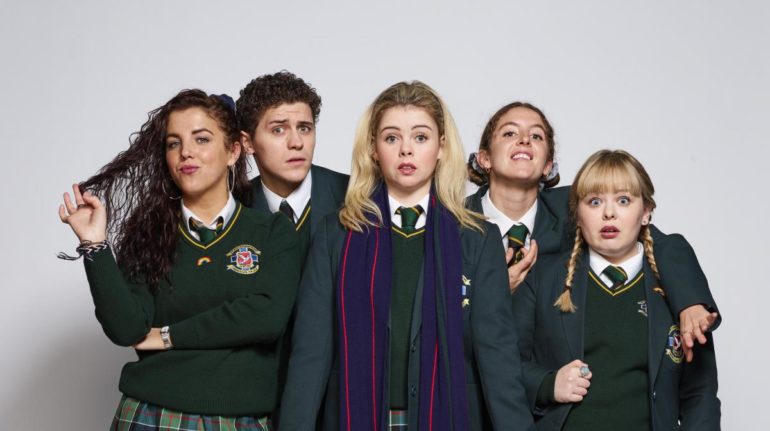 After a series of delays, the long-awaited third season of Northern Irish coming-of-age comedy Derry Girls will be filmed this year.

Nicola Coughlan, who plays Claire, made the announcement on Twitter, explaining that the ongoing global pandemic had delayed the start of filming more than once.

Covid has pushed back filming several times which has been so shite, but honestly the storylines in this series are the best we’ve ever done so I can’t tell you how worth it the wait will have been

The show’s creator, Lisa McGee, retweeted the comments. The third season had originally been due to begin filming in Spring of 2020.

Coughlan, more recently better known for her role in Netflix’s Bridgerton, told The Guardian late last year: ‘I’m not allowed to say anything about the scripts, but they’re just phenomenal. She’s a proper genius, Lisa is. Now I just really want to go and do it, and we can’t!’

Derry Girls received critical and popular acclaim even before it was picked up by Netflix, which sent it fairly stratospheric – although let the praise of international audiences not detract from its warm reception in Northern Ireland itself, where it was the most watched television show since modern records began, and where the main cast have been immortalised in one of Derry’s famous murals (which are usually a lot less friendly).

This reporter has praised Derry Girls in the past for its better sense of place than other noteworthy teen sitcoms (mostly set in the same indistinct Anglosphere suburb). Its second season brought the timeline into the 1994 IRA ceasefire, which officially lasted until 1996 – still, while Derry Girls mined the simmering tension of The Troubles for some excellent comedy, with bomb scares and runaway gunmen intersecting with the more usual teeny plots, the backdrop’s ever-present potential for violence was never necessarily key to the show’s appeal. Rather, it provided an inimitable authenticity to the show, with many plotlines being drawn from episodes of McGee’s own life.

READ MORE: Why Derry Girls Is More Than Just a Comedy