Darkest Dungeon 2 Is The Perfect Strategy Game For Halloween 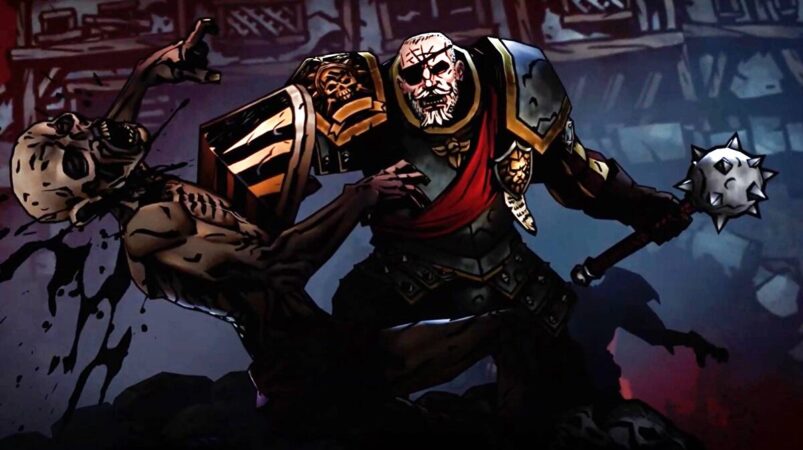 Halloween is just around the corner and ‘tis the season of creepiness, horror, terror, and plentiful treats. Though they may not initially seem like it, strategy too can be a perfectly fitting treat for this thrilling time. Red Hook Studios’ Darkest Dungeon 2 may still be in Early Access, but even in its incomplete form, it’s the go-to strategy game for the Halloween season.

Red Hook’s debut outing with the original Darkest Dungeon captivated our minds with its flavorful, thematic, and engrossing war simulator of a dungeon-crawler. Darkest Dungeon 2 builds upon that legacy by evolving the formula to craft an even more horrific and gripping struggle against the denizens of the dark. There are three main reasons why Darkest Dungeon 2’s a perfect fit for this Halloween.

Arguably the most Halloween-esque element of Red Hook’s sequel is the Lovecraftian-inspired aesthetic that pervades every nook and cranny of the game. Darkest Dungeon 2 oozes with a morbid style that’s equal parts disturbing, yet captivating to the eye so that you can’t look away.

Every environment and location evokes a distinct feeling of terror. You could experience fear from getting lost in twisted dark woods, or nausea and unnerving disgust from wading through rotting farmland. There’s also the paralyzing panic that comes from facing bloodthirsty fanatics wielding a hot flame that melts their skin as though it were wax.

The creature and enemy designs are outstanding for both human and inhuman opponents, creating an effective sense of unearthly uneasiness. One moment you’ll be facing some simple brigands trying to make a meager living in this cursed land at the expense of hapless travelers, while in another an eldritch horror ambushes you, chilling you to the very bone with its alien visage, behavior, and lethality.

Finally, it’s the small details in the art direction that really solidify Darkest Dungeon 2’s excellent visuals, specifically where every character’s eyes are shaded in darkness or hidden behind a concealing mask. It creates the sense that your party of heroes is made up of lost souls trying to find salvation amidst the corrupted husk of what remains of the game’s world. They’re almost zombie-like in appearance, as though each hero’s very life and soul have been drained from them and it’s up to you to bring back at least a spark of hope.

The Roguelike Structure Is A Great Metaphor For Insanity

Albert Einstein once remarked that insanity is doing the same thing over and over again expecting different results. Roguelike games are inherently structured to be repetitive with the expectation that you’ll likely fail, but in the process learn from your mistakes.

The flip side of this approach is that in challenging games, such as Darkest Dungeon 2, it’s quite possible that you’ll get stuck in these failure loops due to some particular enemy or location that consistently leads you to fail a run. When you start seeing the same monsters that lead to your downfall, their gnawing appearance will be burned into your mind and you’ll learn to fear them as harbingers of your own insanity.

Over the past year, the devs have successfully fleshed out the game even more with the overhaul to the progression system being the most robust. Though this myriad of changes has made the roguelike systems more varied, they’ve also arguably made it all the more taxing on the mind, making you more susceptible to the feeling of insanity, confusion, and disorientation.

The host of new locations, environments, and regions, while definitely sprucing up the moment-to-moment adventuring help get you lost in the blasted landscapes. A lost mind is bound to make questionable decisions of suspect quality, which will only deepen your doubts about the integrity of your own mind.

Unlike its predecessor, Darkest Dungeon 2 goes above and beyond its aesthetics and game design, as it’s laden with deeper meaning and exploration of important and difficult topics. These can range from metaphors for mental health and psychological distress, all the way to manifestations of negative emotions and their impact on people around you.

The best kind of horror fit for the Halloween season is that which uses its visuals, audio, and structure to support a discussion on some kind of important and scary topic. Darkest Dungeon 2 fits this perfectly, as it makes you think about its imagery, the meaning behind it, the subtext of the game’s fractured narrative, as well as the role human connection plays in the discussion on mental health.

Darkest Dungeon 2 puts the heroes and characters of your party front-and-center, with recent updates adding new and familiar faces to the growing roster of characters you can recruit to your adventuring party. These characters come with their backstory missions, dialogue barks, and abilities, which gives you an understanding of their personalities, mental state, and relationship to a stressful situation.

Having more characters thrown into the mix adds further complexity to the exploration of hero friendships and rivalries, as well as their mental health in any given combat engagement or period of rest. Things can get quite dark when characters become bitter rivals and choose to undermine each other when under severe stress, which only leads to a desperate spiral of further pressure and, ultimately, breakdowns and a terrifying loss of self.

Of all the strategy game developers out there, Red Hook Studios is second-to-none in capturing and solidifying a satisfying horror experience, closely followed by Daniel Mullins’ Inscryption. You’ll easily feel like your mind breaks down from all the creepy and disturbing creatures you’ll face and the desperate hard fights your beleaguered party will sweat, bleed, and decay through. If you’re thinking of spicing up your Halloween-themed gaming sessions, Darkest Dungeon 2 is a great pick.

READ NEXT: 30 Best Horror Gifts You Should Check Out