Darkest Dungeon 2 Is Off To A Promising Start 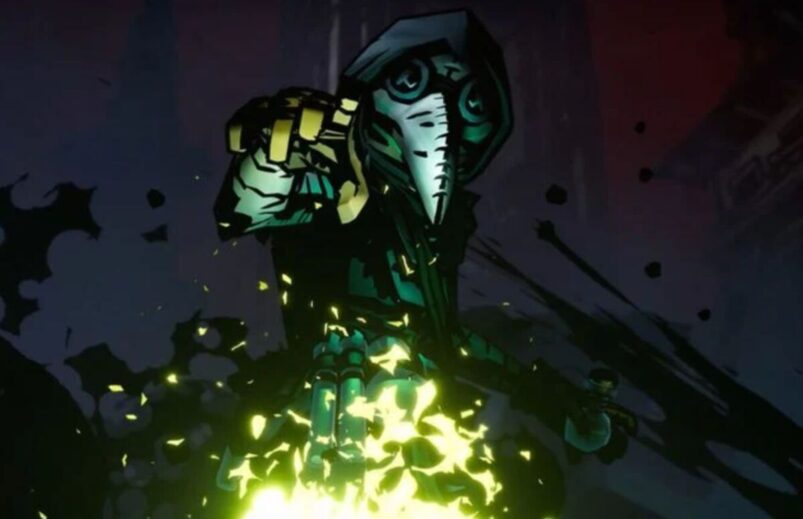 One of the biggest challenges for maintaining a successful franchise is the ability to balance fresh mechanics and features with maintaining the spirit and themes of the series as a whole. It’s doubly impressive if every installment can stand on its own merits, in turn reinforcing the overall quality, legacy, and impact of the franchise. Darkest Dungeon 2 looks poised to tackle these challenges head on.

Darkest Dungeon 2 is Red Hook Studios’ sequel to their critical and popular smash hit original that also made a strong case for Early Access as a whole. The second chapter in this dark and brooding saga retains the spirit and look of the original with its excellent and improved level of presentation.

From the striking visual style updated with 3D models and animations, to the improved music, and, of course, Wayne June’s fittingly perfect narration, Darkest Dungeon 2 is a worthy direct successor to the original, at least in the audio-visual department. But graphics and sound are only one part of the story in maintaining the series’ legacy.

The most impressive development can be found in the way the presentation feeds into and reinforces the game’s Lovecraftian horror and themes of mental health and emotional turmoil. In fact, Darkest Dungeon 2 arguably already does a better and clearer job of presenting the thematic and narrative core of the game in the player’s central struggle of clawing their way through vast swathes of corrupted land to restore hope to this despairing world. It’s made even more appropriately relevant given the current circumstances the world finds itself in.

Structurally, Darkest Dungeon 2 makes some major changes to the series, most prominently in its shift away from the war simulator aspect of the original and more towards role-playing. The developers have done this by making each hero class a unique character, requiring the player to establish teams with varied compositions.

Another element of role-playing is the introduction of character relationships and tying stress, which makes a slightly modified return to the development of either positive or negative relationships, making it less about hit points and more about how well the party works together. All in all, these changes and additions are the most promising and add extra layers of randomness management in combat and on the road.

Another major structural change to the series is the choice to make Darkest Dungeon 2 a full-on roguelike with meta progression and inherent high levels of replayability, which is both a thematically appropriate genre for the narrative and also a promising attempt to answer the original’s biggest issue – repetitive grind. The roguelike structure makes the central gameplay loop of traversing the land towards a distant goal more engaging and addictive.

While these changes are generally successful in their mission to taper some of the exhausting grindiness, combat still has some of that slog left. The biggest culprit of this is the road battle system, where players will be forced to fight a timed engagement against a random enemy raiding party. If they’re unable to defeat the enemy in the allotted time, the player gains now reward and simply continues on their path. These road battles feel more like annoying roadblocks or speed bumps than exciting and surprising challenges and unfortunately players can do little to avoid them once they spot a fight coming up on the road.

However, an area where Darkest Dungeon 2 definitely improves is in inventory management. No longer does the player manage a decrepit hamlet, but instead a humble and sturdy stagecoach with limited space for cargo. This approach to the inventory encourages players to utilize items actively and make difficult decisions on a consistent basis to prioritize the most essential items, loot, and equipment.

Darkest Dungeon 2 definitely doesn’t disappoint with its environment and enemy design, with three major locations available in the Early Access build, all with their own challenges and features. It also helps to sell the environments and combat that the game is technically polished and runs smoothly with only occasional minor graphical glitches.

While the developers have the presentation down to a tee and the new gameplay systems look promising, balancing remains the most pressing issue. Some heroes and skills, like the Plague Doctor and their Ounce of Prevention, are so essential to success that they overshadow other heroes, as well as their own arsenal of numerous and creative abilities. Relationships are also perhaps slightly too fluid and activate a bit too much during combat, leading to some light pacing issues in combat. Skill balancing in particular seems to be a holdover from the original, where 40-60% of character skills were essentially worthless.

Nevertheless, Darkest Dungeon 2 is looking like a promising next step for the series that seems like it’ll be able to not only bring a fresh experience and stand on its own two feet, but also prop up its predecessor rather than fully overshadow it. Given Red Hook Studios’ success with the original’s Early Access development cycle, there’s every reason to believe that they’ll deliver on this game’s potential and address its most pressing issues.

While there isn’t much content available right now, what is here is fun and gives a solid idea of how the game will play out in future builds. Whether or not you’re familiar with the original, Darkest Dungeon 2 is definitely a game to look out for.

An EGS key was provided by PR for the purposes of this preview.