Why Breath of the Wild’s Great Plateau Is A Masterpiece

The best tutorial ever? 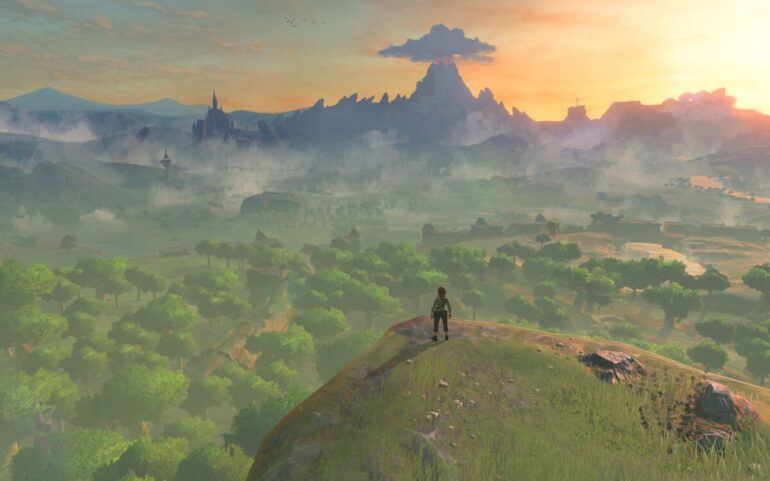 Breath Of The Wild

The Legend of Zelda: Breath of the Wild recently turned four years old. At the time of its release in 2017, the game was hailed as a watershed moment in the gaming industry for a multitude of reasons, but there is one section in particular that tends to get overlooked: the tutorial.

Breath of the Wild has one of the most expansive worlds in gaming that challenges its player to not only explore it in its entirety, but also to survive in it. However, to do that, the player needs a solid foundation that they can build their skills off of. The Legend of Zelda as a franchise has never had the level of freedom that it does with its latest release — past games in the series may have had semi-open worlds, but they usually felt contained and limited. The emphasis was always on acquiring items to progress, but in Breath of the Wild, the emphasis has shifted to pure survival to explore further.

For new and even returning players, the change in the formula might require some training to allow them to form the foundational skills that they’ll need to continue to be successful on their own. To do this, the developers decided they needed to introduce the mechanics in an organic way that allowed the player to test their abilities in a controlled setting. The result is the Great Plateau, a large explorable landmass that is effectively a smaller version of the rest of the playable world. The condensed feeling of the region helps to make the tutorial feel less like an unskippable training section and more like the main game.

Link wakes up on the Great Plateau without memories or motives. The legendary hero needs a teacher and a giant landmass doesn’t offer any explicit lessons, but that’s where the Old Man steps in. Link steps out of the Shrine of Resurrection and takes in the view of Hyrule’s Castle; the camera pans to show the Old Man walking away to his campfire. From the start, Breath of the Wild is encouraging the player to start a conversation with the Old Man to get an idea of how to start their journey. The game never leaves Link floundering in this section, nor will it drag Link by the ponytail to his next objective. The player is free to follow their heart.

Link can leave the Old Man’s campfire to continue exploring the strange world he has woken up in. A little while into the hike, the player hears the voice of Zelda asking them to follow the objective on the Sheikah Slate. The objective marker leads to a pedestal that causes the Great Plateau Tower to rise out of the ground, after which the Old Man comes flying in on his paraglider to talk to Link again.

He explains that Ganon currently resides in Hyrule Castle, but to get there, Link must find a way to descend from the Great Plateau. The Old Man offers his paraglider if Link can bring back a treasure from a nearby shrine. This is the only time in the entire game where progress is restricted to a single item as all future situations have multiple solutions. The player now has a clear direction and learned that towers in the game will reveal pieces of the world’s map.

The first shrine will offer an introduction to shrines as mini-puzzle rooms that unlock spirit orbs as well as additional treasure. The Great Plateau’s shrines, however, have another function as they also act as introductions to the Sheikah Slate powers called runes. Each shrine gives Link a new ability at the beginning of its trial and expects the player to use it to solve the shrine’s puzzles.

Of course, it isn’t as simple as solving the one dungeon because the Old Man greets Link at the shrine’s exit and says that Link must solve all the plateau’s shrines to be rewarded with the paraglider. Potentially a little peeved, the player must continue to work their way around the Great Plateau to gather the different runes from the shrines, while the Old Man seemingly teleports around the area, giving mysterious insights into survival and himself.

While the player investigates the shrines, they are slowly rewarded with new powers like the Remote Bomb, Stasis, and Cryonis. These abilities can be used during their respective shrine quests, but once outside there are moments where they can be utilized in exploring the plateau. For instance, right after getting stasis, there is a giant boulder that Link isn’t strong enough to move. However, if the player applies the lessons from the shrine quest, they should know they can freeze the boulder and begin applying force so it will move from the stored momentum.

The Great Plateau wants to make clear that lessons from dungeons, combat, and exploration can help in other contexts. Every few feet on the plateau offers an opportunity to learn. As the player makes their way to the various shrines, they will have to encounter newer and tougher circumstances that they must overcome one way or another.

The proximity of the next shrine to Link and the layout of the rest of the shrines on the plateau encourages the player to move clockwise around the region, giving them a structured route. Along this path, the player will encounter stationary Guardians and Bokoblin encampments early on in their journey. There is nothing too tough along this path, but it gives the player a chance to see how unforgiving the world can be if they aren’t careful.

The stationary Guardians may not seem like a danger since they can’t move around, but one blast will take Link out. The Guardians require Link to sneak by without alerting the blinking menaces to his presence. While the Bokoblins can be defeated, the player needs to bring more than just a tree branch to the fight to guarantee victory.

After moving past these dangers, Link comes across a cabin where the Old Man is sitting outside, enjoying his day. If the player wanders inside and reads a journal entry, they will learn they can make food that helps to counteract the effects of cold climates. Conveniently, there are even hot peppers and mushrooms lying around for the player to pick up — everything you might need to make a deliciously helpful dish. This is the opportunity to make a meal that will help the player to survive the cold, mountainous climate where the last shrine will be located. However, a first-time player might not realize that the environment can be deadly so they might need to come back to the cabin to make a warm meal.

After climbing the cliff face, the view from the top can be dizzying, so it’s also probable the player decides to brave the freezing climate without the food. Link can still progress if he makes it to the first Bokoblin camp on the mountain’s trail. When the enemy forces are taken out, there are plenty of wooden weapons and a raging fire that the player can take advantage of to progress. On the plateau, even when the player forges their own path outside the encouraged one, they can still find opportunities to jump the hurdles presented to them. There are always multiple options to navigate the world’s geography — except for descending the Great Plateau.

Freedom is the Core Lesson

Breath of the Wild might seem simple so far, but here’s the thing: you don’t even need to talk to the Old Man after Link wakes up. Though some things must be done like obtaining the paraglider, visiting the shrines, and activating the tower, the player can go about exploring the Great Plateau any way that they wish.

In an interview with Zach Scott Games, Eiji Aonuma explained some of the fundamental design philosophies of Breath of the Wild saying, “I wanted to basically have the players experience this “”getting lost”” while getting to the next destination because this journey leads to something they’ve created, a path they’ve chosen.” The freedom in Breath of the Wild is the freedom to get lost and make one’s own path in the world rather than relying too heavily on developer instructions.

The Forest of Spirits, for instance, hides a giant boss that many new players won’t be able to defeat early in the game and many might not even know of its existence because it’s out of the way of the shrines’ path. Only players that are taking full advantage of the freedom Breath of the Wild grants them will ever come across the Stone Talus resting in the mud.

The plateau hides all sorts of goodies off the beaten path and often they will require the player to apply their growing game knowledge to access them. From chests at the bottom of ponds to strange rock formations, Breath of the Wild is asking its player to learn how to manipulate the world so they can take advantage of all the opportunities that might be present in the wild.

The biggest addition to the Zelda sandbox is the inclusion of a much more complex physics engine. The player has the chance to begin playing around with it right after speaking to the Old Man. On top of a cliff, a couple of boulders overlook some Bokoblins basking in the sun. The player has the option to push these rocks over the cliff, sending them barreling into the unaware enemies below.

There are plenty of other opportunities to test out this new engine on the plateau, like the crossing of the River of the Dead. The river’s bridge has fallen into disrepair, but there is a large metal door resting on the bank. A resourceful player should be able to apply their lessons from the Magnesis shrine to help create an additional platform to cross the rapids.

The Great Plateau has a little bit of everything that you need to understand not only the basic mechanics, but also begin to learn some of the tricks to staying alive in the larger Hyrule Kingdom. This is where the magic of the region’s design shines as the plateau rarely ever feels like a tutorial that’s keeping you from the core gameplay. Instead, it’s throwing you into the action without feeling too overwhelming.

Though you are initially confined to the plateau, the way that you begin your journey can take any form you choose. You’re given the freedom to go wherever you like, but you won’t be able to make much progress until you listen to the Old Man. The Old Man is your one-way ticket off the giant rock and his stand-off approach, much like Mr. Miyagi, will make you realize in hindsight just how far you came in a short period. This confined landmass is the player’s training ground to test themselves and their survival abilities. So grab a rusty claymore, pack some provisions, and cue the training montage because once Link’s boots touch the ground below the Great Plateau, the real adventure begins.

READ NEXT: Why Dead Space’s First Level Is A Masterpiece