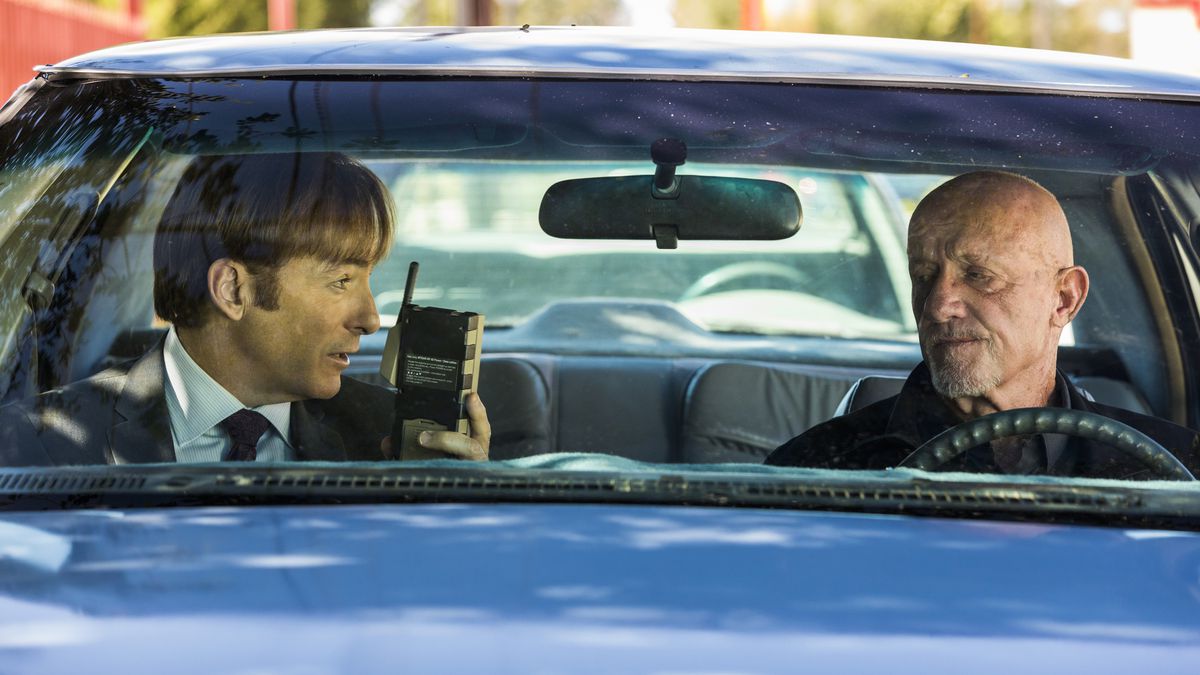 The grasp of Chuck has seemingly disabled Jimmy’s ability to con anyone. Anything Jimmy does somehow relates back to Chuck, even when unrolling tape from the newly painted wall at his offices, echoing that moment in episode one where he helped Chuck remove the Mylar. And the sticky sound of the tape unrolling is a nice hair-raising sound for the scene, almost louder than anything Kim is saying. Kim’s doing damage control and Jimmy just shuts down, until that final scene where he bursts into Chuck’s house and chastises him for “ruining this family” and “no wonder [your wife] left you”. It’s the sort of reaction this show has been methodically prodding for, and it’s clear that Jimmy has lost whatever semblance of family he clung to all these years.

What else will Jimmy McGill have to lose before he grows into Saul Goodman? Before we attempt to answer that, let’s rewind this episode a bit and congratulate the writers for a few things that could easily go unnoticed.

That scene between Ernesto and Kim, two characters I can’t recall having ever exchanged more than a few words together – it’s a thoughtful move on the writers’ part because it’s a small step outside of the show’s comfort zone. Rhea Seehorn plays the scene expertly, her reaction as Kim involving a slight smirk while Ernesto nervously balances between dishing out the details on the tape and protecting himself. It’s fun to see more of Brandon Hampton this early on in the season, and I hope that implies he’ll be dragged into this chaos even further.

In my episode one review, I overlooked a very obvious con on Ernesto, orchestrated by Chuck, where the tape accidentally plays after Ernesto replaces the batteries. Chuck wanted Ernesto to hear it so that he would tell Jimmy who would then attempt to find and destroy the tape. But, of course, Jimmy gave him more than either of them bargained for. I should have seen this coming. Bravo, to the couple of readers who called me out.

Now speaking of things we saw coming, Gus Fring’s introduction was nicely underplayed and mirrored his introduction into Breaking Bad. While Jimmy sits in the same booth that Walter White will later sit in, our attention turns to the figure out of focus, just over Jimmy’s shoulder and behind him, a figure that Breaking Bad viewers will recognize as the man of many faces: the DEA’s best friend, the drug cartel’s worst enemy, and a reasonable businessman.

The writers succeeded on many levels in episode two, the most obvious being how well earned this transition was. We get to meet Francesca, played by the wonderful Tina Parker, as she is rushed into answering phones while Jimmy reiterates, “Always Jimmy.” Never McGill. The family name is vanishing as there is no more family to be cared for. We also get to meet Victor, another surprise character who plays a large significance down the road with Mike and Company.

All in all, there is no going back. The intro sequences seem to be subtly reminding us of this, now alternating more frequently between black and white and color. And it’s not entirely clear how Episode Three will begin since Jimmy just broke apart a damning piece of evidence which wasn’t admissible in court anyway, but I’m hoping Jimmy just runs for it or chews his brother out some more. 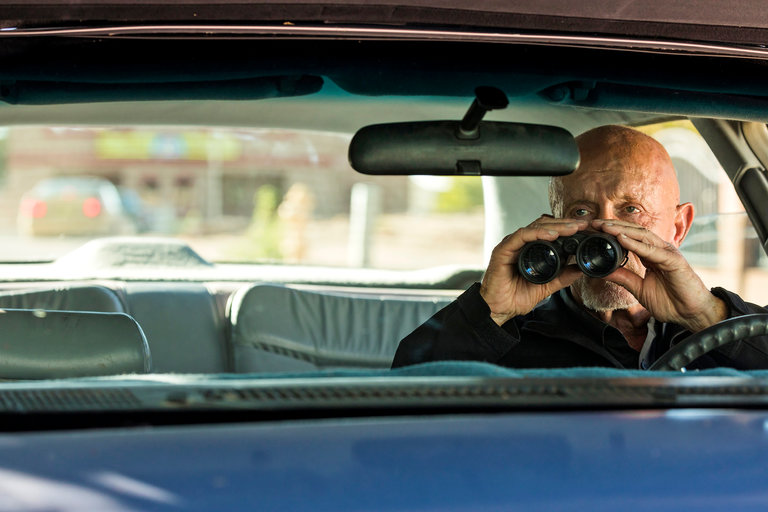 – Hamlin climbing over the wall into Chuck’s backyard was a favorite moment of the show for me. Even while he’s alone he can’t manage to appear ruffled by anything. His unmarred appearance, almost mimicking that of a prideful porcelain Greek figure, has been chiseled down to the finest detail that even climbing over a wall like a child seems to nearly break him. Now I want to see Hamlin breakdown.

– This was also the first episode this season where Mike and Jimmy shared some words. In the same way that Mike needed Jimmy to spy in Los Pollos Hermanos, maybe Jimmy will need Mike to spy on Chuck or do something more extreme on his behalf. We can’t have Jimmy losing his license, after all. That wouldn’t work for the show’s future.

– The writers have said that in season 1, episode 1, there is a major clue given for the turnout of Better Call Saul. Some fans have speculated about the contents of the shoebox, mainly the passport and the Maine address. Most likely these details won’t come to fruition until Season Four, but who knows? We have eight episodes left.

– This episode was shot beautifully, but there’s one shot in particular where Mike is trailing the guy at night. The guy is crawling up a slanted overpass after checking one of the money drops, where the out of focus city lights almost make the scene appear like it’s a stop motion flick. I couldn’t tell if it was filmed outside, on a set, or using miniatures. Beautiful looking show, as always.