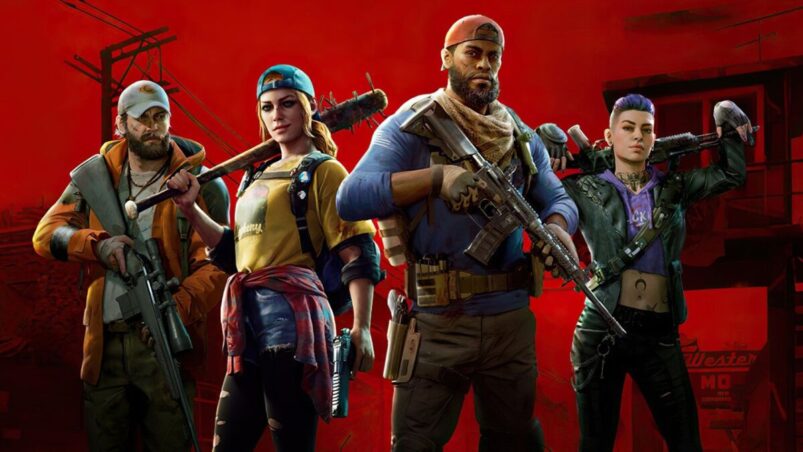 Everyone loves a good zombie. They’re the bedrock of many iconic franchises and, despite being more than a little over-exposed in the public eye over the last twenty years, they’re still as popular a monster as ever. That morbid affection continues on the ninth generation of video game consoles with the best PS5 zombie games offering plenty for players to take a chunk out of.

What constitutes a zombie game is a little tricky to figure out, though. Should the zombies themselves be traditionally undead, having already died and been brought back to life? Or should something like Resident Evil Village‘s Moroaica allow the game to make the cut, even though they don’t quite meet all the criteria? And what about DOOM Eternal, which certainly has zombies but really couldn’t be called an outright zombie game?

These are the meaty questions we tried to answer as we weighed up the best PS5 zombie games. Ultimately, we’ve aimed to be as strict as possible with what constitutes an outright zombie game, so if you have a PlayStation 5 and are hankering for some bitey shuffling, check these out.

While there is a specific game on the PlayStation Store called Outbreak, this entry refers to the somewhat perplexing series as a whole. While each game tries something different (including perspective and genre), they have a baseline level of quality that makes them all much of a muchness.

Inspired by classic Resident Evil games, Outbreak is a survival horror franchise with enough rough edges to sand down a tree, though that hasn’t stopped it from picking up some fans. The games don’t explain themselves too well and what is easy to get to grips with simply isn’t all that fun to play, with the one-person development team trying to do too much with too little.

Those hoping for a return to the classic Resi style might find some awkward charm with the Outbreak games, particularly The New Nightmare, though for everyone else, there’s certainly better zombie games on the PlayStation 5.

5. Cards of the Dead

How have zombies remained relevant for so wrong? With many twists on the formula over many years. Cards of the Dead takes bits of the excellent Death Road to Canada and splices it with card games for an usual cocktail that still goes down smooth.

You play as Rick, Selena and Dan as they search for a cure for the infection that is rapidly turning them into one of the undead. As everyone knows, the best way to stop that from happening is to play a card-battler — it’s what Romero was on about all those years.

It’s not a deck-builder as all card are one-time use, but there’s plenty of fun to be had from the addictive loop of finding cards to help you progress while racing against time. The main thing that goes against Cards of the Dead is that it absolutely pulls no punches in the difficulty, with lots of your progress hinging entirely on RNG.

If you can get past some frustration, fun might be on the cards for you.

A one-time PSVR exclusive that was updated to be played outside of VR and then released on other platforms before being updated and re-released on the shiny new PS5, The Persistence is nothing if not a fascinating game.

Playing as a clone doomed to repeat the same fate unless you can escape a starship filled with zombie-esque abominations, The Persistence’s blend of roguelite and survival horror is a winning formula that admittedly still has a few blemishes.

While kind of clunky in some of its systems and inherently repetitive, Firesprite’s often overlooked game provides plenty of tension to go along with its gorgeous next-gen visuals and satisfying loop of restoring the ship bit by bit, death after death.

If you want to play first-person Returnal with the tempo slowed right down, give this one a try.

It’d be impossible to discuss the best PS5 zombie games without including the spiritual successor to two of the most beloved zombie games ever made. Back 4 Blood might not be the Left 4 Dead 3 that fans had been pining for for years, but it’s as close as we’re ever going to get.

Taking the basics of Left 4 Dead’s world and making it a bit “growthier”, Back 4 Blood features a world overrun by the Ridden, zombies who have more warts than warthogs attends Hogwarts. While it can be played solo, Back 4 Blood really excels as a co-op shooter where players must work together to prioritise target and funnel zombies into lanes.

While overall slightly on the characterless side (especially compared to the iconic cast of Left 4 Dead) and its action feels somewhat basic, Back 4 Blood’s card system gives it plenty of depth to keep you coming back. It’s not Left 4 Dead 3, but it’s definitely one of the better squad-based co-op shooters out there, and the best multiplayer zombie game on PS5 to boot.

One of the most surprisingly captivating games on PS5, The Last Stand: Aftermath is a roguelite in which you much make us much progress across a ruined world as possible while slowly succumbing to the zombie infection that did said ruining. The twist? Each time you mutate, you unlock a new twisted ability that can make or break your run.

The Last Stand: Aftermath is the latest in a beloved zombie franchise that also marks its biggest departure to date, though the gamble pays off in spades. Whether you’re desperately trying to scrounge up supplies to keep your rickety ride going or make the absolute most of the ammo you have as the hordes close in, it’s a pulse-pounding affair.

Of course, as it’s a roguelite with fairly hands-off storytelling, The Last Stand: Aftermath does suffer from some repetition, especially as the runs can get exceptionally lengthy. Though your later hours with the game may wear on you a bit, the main hook remains strong throughout, with The Last Stand: Aftermath even making good use of the PS5’s DualSense features to really ratchet up the stakes as each trigger pull feels like a major decision to make.

Few games have had as long a wait as Dying Light 2, and even fewer have been as worth that wait. While by no means a perfect game with a few odd design decisions, it’s hard to resist an open world game on your PS5 that lets you paraglide into someone’s face and dropkick them off the top of a building.

Playing as Aiden, a pilgrim who’s arrived at the last known city on Earth following a global outbreak of a mutated version of the virus from the first game, Dying Light 2 sees you clambering around the desolate, desperate city of Villedor in the search for your sister. Nothing’s ever simple after the end of the world, so you have to pick sides and shape the very foundations that the city is built on along the way.

With your choices having huge repercussions for the story, verticality that is almost unmatched outside of a Spider-Man game, and a power curve that makes you feel like a parkour superhero by its end, Dying Light 2 is easily some of the best zombie fare you will find on your PlayStation 5.