Travel back to the early days of “New Hollywood” and rediscover films that may or may not have been buried by the sands of time. 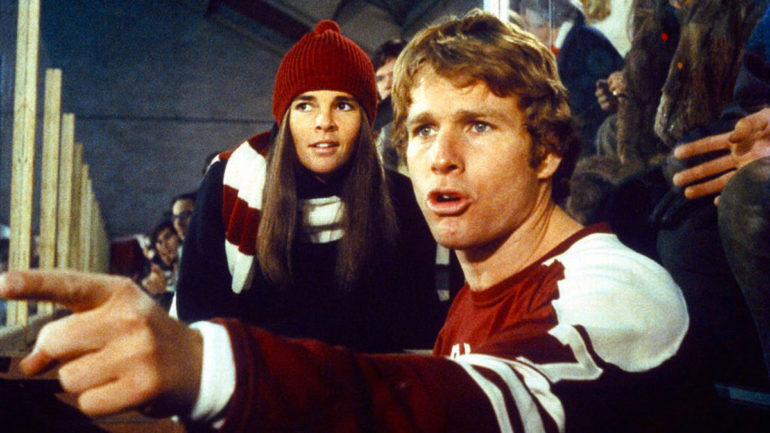 The late 1960s saw a crucial point in cinema, not just because newer, younger filmmakers were daring enough to risk their reputations to combine realism and art with entertainment, but also because the system itself had begun changing. This change would become incrementally prominent throughout the 1970s.

Most of the American motion pictures released in 1970 were war movies and Westerns, both featuring conflicted, practically nonconformist characters whose arcs were not so cut and dry, or black and white. Whether comedically, seriously or both simultaneously, these releases were reflecting a then-contemporary society, weighing in on the Vietnam War, politics and inquisitively criticizing authority. Storytelling changed in virtually every sense, actresses and actors were taking riskier, more realistic approaches and independent productions were popping up every which way, taking inspiration from foreign films.

Not yet at his professional peak, this black comedy is co-written and directed by Brian De Palma and serves as a comedic follow-up to the sardonic 1968 film, Greetings.

Both films follow a character named Jon Rubin, played by a then up-and-coming Robert De Niro. Jon is an aspiring filmmaker and, well, he’s kind of a pervert with a fascination for his neighbor. It’s daring, indulgently facetious and excitingly bold in its anti-authoritarian rebelliousness.

To throw caution to the wind, it is, by today’s standards, offensive in some aspects. Both films initially received X-ratings, but have since been cut to receive solid R-ratings.

Husbands is almost Wild Hogs meets The Hangover, as three men decide to go on an adventure after a close childhood friend dies. They seem to be having a midlife crisis and decide to blow off work, married life and indulge in a pursuit of youthful liberation. Starring Ben Gazzara, Peter Falk and John Cassavetes, this comedy didn’t become the memorable gem it was seemingly designed to be. Several cuts were made to the movie, but it remains a rather lengthy film with a running time of over 2 hours. It’s harder to find a physical copy of this film, but if you do, you’ll notice something: the film’s rating is PG-13.

Fun fact: The PG-13 rating wasn’t thought of at the time of Husbands’ initial release and didn’t come into play until July of 1984, thanks to Temple of Doom and Gremlins. The MPAA replaced the Hays Code after television sets and foreign films began to compete with theatrical releases, so a way to get people back into theater seats, aside from gimmicks like 3D, was allowing certain kinds of content to be featured, but with precise and rigorous standards in play. This re-rating was done much later. In 1970, ratings were changing from: G, M, R and X to G, GP, R and X. The only other ratings change in the decade, came in 1972 when GP was changed to PG.

A major tear-jerker for the time, this romantic drama stars Ryan O’Neal and Ali MacGraw as two practically star-crossed lovers. Opposites really do attract, according to this box office hit. The writer, Erich Segal, also penned the novel that was released just prior to the movie. It was nominated for 7 Academy Awards and 7 Golden Globes and is recognized as one of the most romantic movies ever put on screen.

It’s perhaps noteworthy to mention just how classic of a love story this one seemed, even back then. It wasn’t exactly rare to have a movie this tame and innocent secure a theatrical release, and studio heads were still clashing with filmmakers who were in touch with what younger audiences wanted, limiting and altering most studio filmmakers creativity in the process.

Before the series, came the movie. Before the movie, came the novel. It is not only a staple of the war genre, but has proven to be successful in all forms. It’s a very dark comedy with fully established characters and terrific acting from Tom Skerritt, Donald Sutherland, Sally Kellerman and Elliot Gould. In many ways, the drafted, insubordinate doctors remind me of Moe, Curly and Larry, except they’re not entirely naive. The colonel doesn’t care much, because they’re good at their jobs.

The film mixes the gritty realism of war with plenty of lighter moments that helps with establishing the camaraderie of the surgeons, despite their differences. Even though the movie takes place during the Korean War, there are subtle nods to the Vietnam War. Director Robert Altman’s style is almost as meticulous as Stanley Kubrick’s, in that there’s so much detail. Altman set out to create a quality project that, in the end, became one of the biggest films of 1970.

Jack Nicholson is surely one of the first names that comes to mind whenever someone mentions the 1970s. Combine Nicholson with non-studio filmmaking of a movie about class struggles and finding oneself.

He plays Bobby, who’s a decent classical pianist from a family of impressive musicians. It would seem he’s had promising opportunities, but instead, went far away and worked on an oil rig. His character isn’t particularly comfortable in any surrounding or set piece, and even though his family and his bigger supporter, Rayette, played by Karen Black, basically forgive him for his flaws, he’s too bitter and self-loathing to find solace.

It’s a terrific road movie and one of the better movies to come out of the American New Wave. Five Easy Pieces is creative, beautifully shot, well acted and, for the time, ambitious.

6. There Was a Crooked Man…

Following up the success of 1967’s Bonnie and Clyde, writers Robert Benton and David Newman wrote the screenplay for There Was a Crooked Man…, which stars Kirk Douglas as antagonist Paris Pitman. After being caught and sentenced to jail, Pitman silently begins plotting another scheme, with an almost cool patience. I won’t get much further into the plot as the entire Western is surprisingly exciting.

It’s action packed and magnificently shot, somehow blending aesthetics of The Golden Age of Hollywood with then-new approaches to telling stories cinematically. Whether it was a brief appearance or a starring role, the acting fits seamlessly with the movie and has some genuinely interesting faces.

It’s a bit quirkier than M*A*S*H, but delivers on what it set out to accomplish. By 1970, people in general, especially the target demographic, were growing tired of war movies and war violence on the news. Still, the genre was popular enough for projects to be greenlit, each taking from novels or satirically blending past wars with then-modern sensibilities and applying situations subtly to what’s been experienced or reported on the evening news.

Starring Clint Eastwood and Donald Sutherland and featuring Harry Dean Stanton, the film takes place during World War 2, but focuses mostly on a heist. Eastwood plays Private Kelly who, when interrogating an Armed Forces colonel from Germany, finds out about the millions of dollars in gold bars they have stashed away in their territory, beginning Private Kelly’s plan to go awol and find the gold bars.

8. The Bird with the Crystal Plumage

Inspired by noir films and works by Mario Bava — a maestro and godfather of the giallo film genre — this Italian horror flick marks the directorial debut of acclaimed filmmaker Dario Argento. It’s loosely based on or inspired by a novel and works as a thrilling nailbiter. An American author takes his girlfriend on a vacation in Rome, also hoping to free his mind of writer’s block. He witnesses a murder and becomes the killer’s next target. The couple are stalked throughout the film as it gradually builds and builds.

The Golden Age of Hollywood was seeing a rapid decline in interest and more people were shifting to films distributed from foreign markets. By the time the Hollywood renaissance was beginning, it was lining up with Australian New Wave and new approaches to filmmakers the world over. Just as young American filmmakers were taking inspiration from foreign films, Dario Argento found some inspiration from American films, by making the most of hand-held shots and on-location exterior work.

MORE BEST MOVIES: The Best Dark Comedies You Should Watch

Based on a family of killers from the depression era, Bloody Mama tells the story of the Barker family. It stars Shelley Winters, Robert Walden, Bruce Dern, Don Stroud and Robert De Niro. It’s not exactly Last House on the Left, but it’s pretty disturbing. After watching it, you’re left with a weird feeling that doesn’t seem at all describable. They’re spiteful, blood-thirsty, greedy human beings and little else.

It’s melodramatic, well-paced and convincingly acted. If I didn’t know any better, I’d say this is precisely the kind of film Rob Zombie is inspired by, especially because key moments in the third act are very much like the opening of The Devil’s Rejects. Most would likely not remember Shelley Winters for playing a role inspired by Kate Barker in the 1960s Batman series, but would instead remember her as funny, good-natured Nana Mary from Roseanne, making a viewing of this movie utterly stunning.

Little Big Man is not designed to be a historically accurate telling, nor is it meant to be wholly serious. It bends genres with satirical commentary on events in history, subtly reflecting the Vietnam War era and effectively dramatizes them seemingly effortlessly. It’s predominantly a western, but has elements of comedy, drama and adventure. Dustin Hoffman’s acting is exceptional and so too is Faye Dunaway’s. The overall pacing is noteworthy as it doesn’t hit a speed bump at any point, and it’s directed by Arthur Penn at his peak.

An aged Jack Crabbs offers his peculiar and unique story to an inquisitive historian and what ensues is entertaining, engaging and displays Hoffman’s abilities in full. Narratively, it’s innovative and nothing about this film feels out of place or contrived. Very few movies are worthy of their praise and being dubbed “classic.” This one, however, surely fits. With a fresh script and a masterfully engineered story, Little Big Man is a must-watch for any serious cineaste and should be discovered by people who’ve yet to stumble upon it.

Whether it’s an artistic attempt at saying something significant or done entirely in the spirit of entertainment, films of any era and any genre or subgenre should be given the same chance. Would all of the films that pushed the envelope seem so daring today? No, but some actually would and I question whether or not you could make some of these types of movies this day in age. What I like most about the work that came out in the 1970s, is that they took risks and started conversations.

New ideas were being entertained and genres were being bent, storytelling shifted and inspiration seemed to come from every direction. Some of what’s listed above were not necessarily hits at the time, and some haven’t really found an audience since then. What makes them stand-outs, or especially worthy of reconsideration, is the effort, innovation and artistic integrity that went into making them, putting them on par with collectively agreeable mainstream classics.

Which, if any, of these films are in your collection?