15 Best Dark Comedies You Should Watch 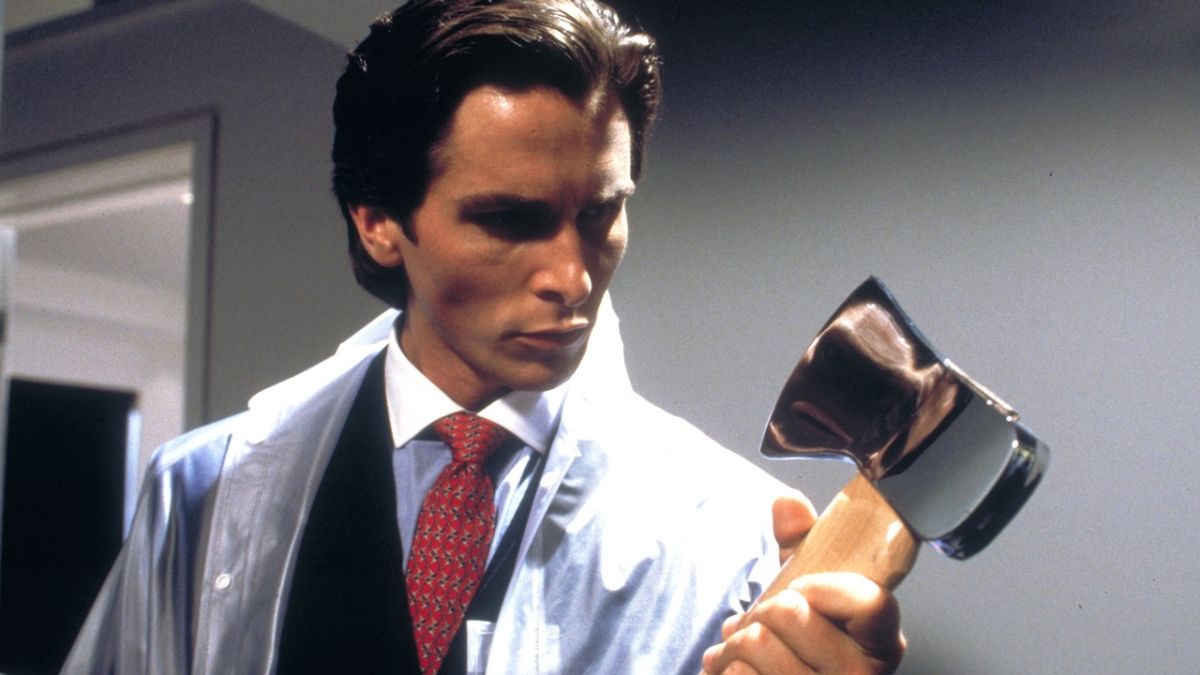 There’s a reason why the best dark comedies are rare, even though hundreds of these movies exist. The balance between hilarity and despair creates one of the most challenging examples of genres which inherently come with the tiniest margin for error.

Most genres can get away with making writing or stylistic compromises. Dark comedy can be found anywhere, but it requires an unreal, always singular attention to writing, editing, acting, and designing. You can’t skimp on any of those things, or you’re left with a movie that’s vaguely, almost infuriatingly annoying.

Dark comedy movies essentially express the worst of humanity in the least depressing way possible. We are horrible, ugly, relentlessly flawed animals. We also have this extraordinary ability to celebrate and condemn that in equal measures.

The best dark comedies of all time, which we will celebrate with this chronological ranking of my personal favorites, succeed where our childhoods, adulthoods, and assumptions have absolutely failed us. 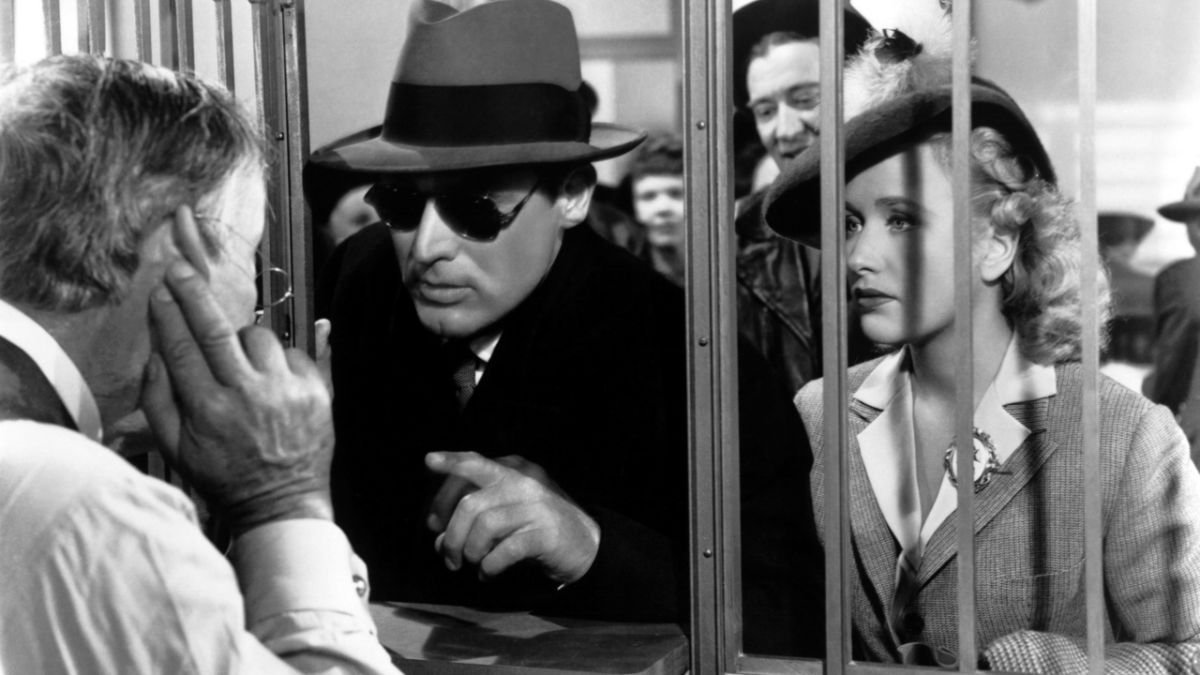 Why is this such an enduring story? 70+ years later, Arsenic and Old Lace continues to genuinely delight people of all ages. If not the movie, then the local production of the stage version that is probably going on in your area this week. The movie is still the best way to see it.

Cary Grant, no stranger to a dark sense of humor, is the perfect choice for a newlywed (the other half being the incredible Priscilla Lane) who comes back home to find corpses, murder plots, and a degree of insanity that has remained oddly relatable for decades. No matter who you are, and no matter what year it is, you’ll think this movie is funny. Few movies come with a guarantee like that.

Watch if: A story about dead family members really appeals to you.
Avoid if: You have a low threshold for morbid silliness. 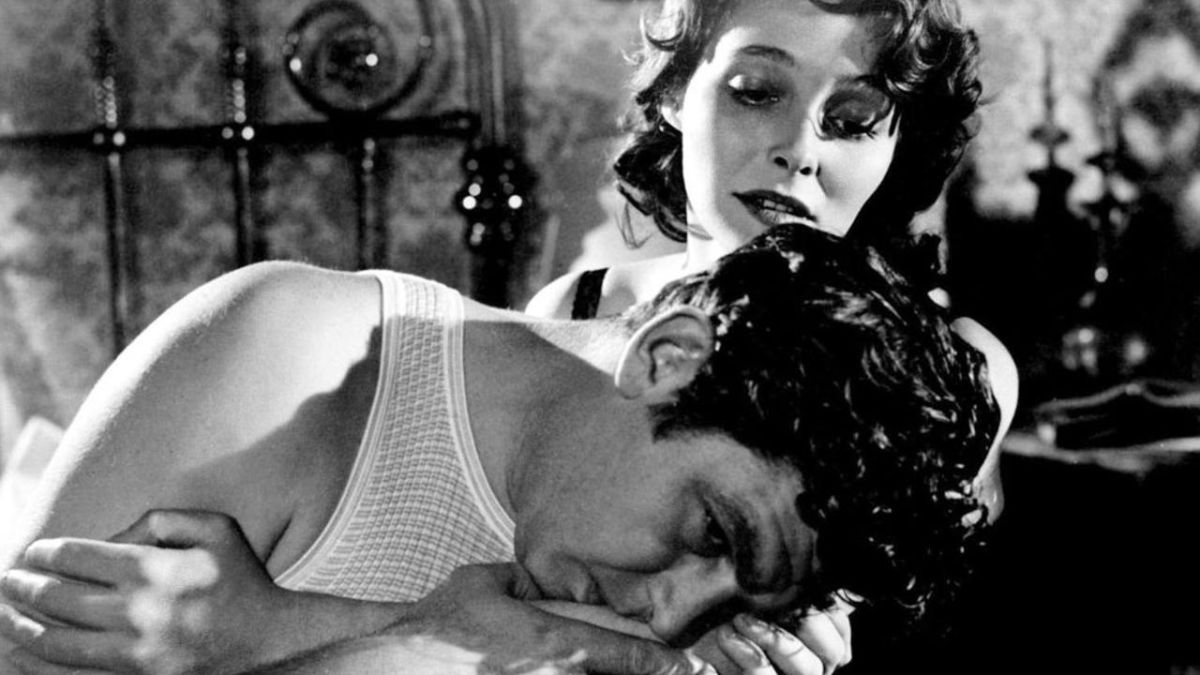 In his movie debut, Andy Griffith channels the persona that later gave birth to Andy Taylor and Matlock into something considerably more sinister. As Larry “Lonesome” Rhodes, Griffith is an unforgettable consequence of our ongoing obsession with celebrity.

Rhodes starts as an alcoholic drifter, which eventually leads him to a surprise bid for radio stardom. That stardom is quickly transformed into a perversity that we can easily see in the real world, and in 2019, no less. The legendary Elia Kazan directed this. All the way back in 1957, his film (written by Budd Schulberg) tells us that the more things change, the more they stay the same.

Watch if: You want to see actual 2019 bullshit in a fictional 1957 film.
Avoid if: You’re already depressed about the state of things. 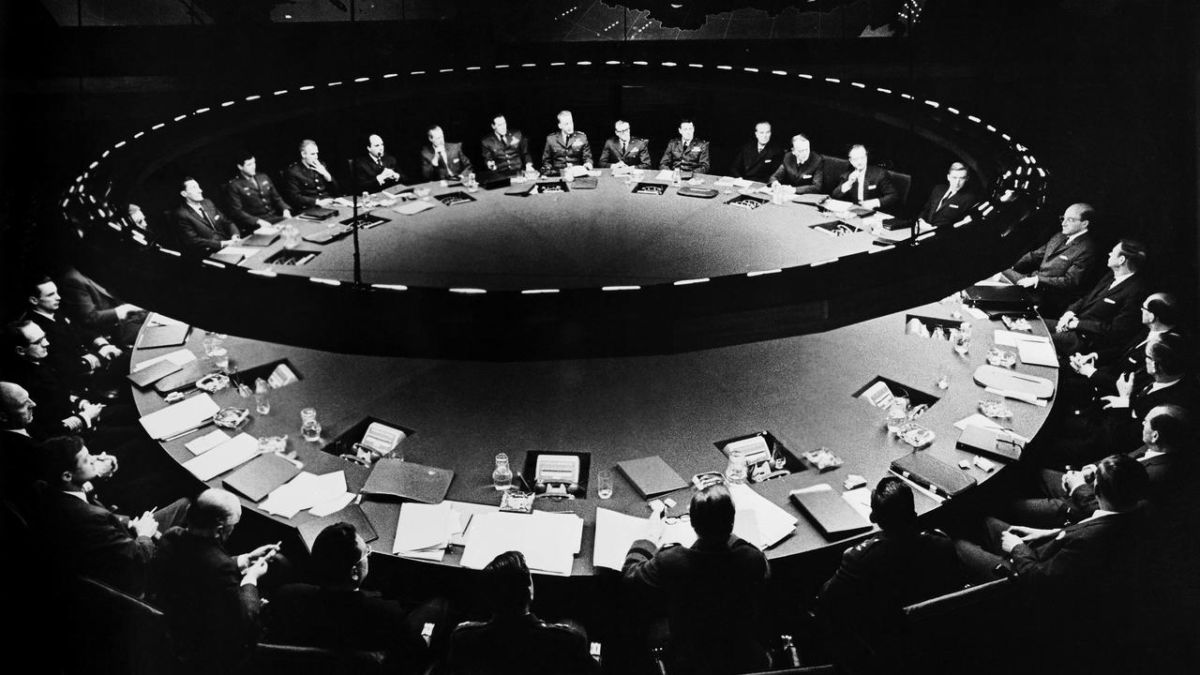 Not only is Dr. Strangelove brilliant, enduring dark political satire, but it’s the first movie on this list to also take an extremely dim view of the human race.

Directed by Stanley Kubrick (the ol’ chuckle bunny also co-wrote the screenplay), Dr. Strangelove sends us careening in and around the various lives involved in a tense nuclear situation between the United States and the Soviet Union. All of those lives consist of men and women who, by and large, make a very compelling case that we are not a species built for the long-term.

Watch if: You already think the world is a garbage can of despair and stupidity.
Avoid if: You still have a sliver of hope.

READ NEXT: 15 Best Slasher Movies of All-Time You Should Watch 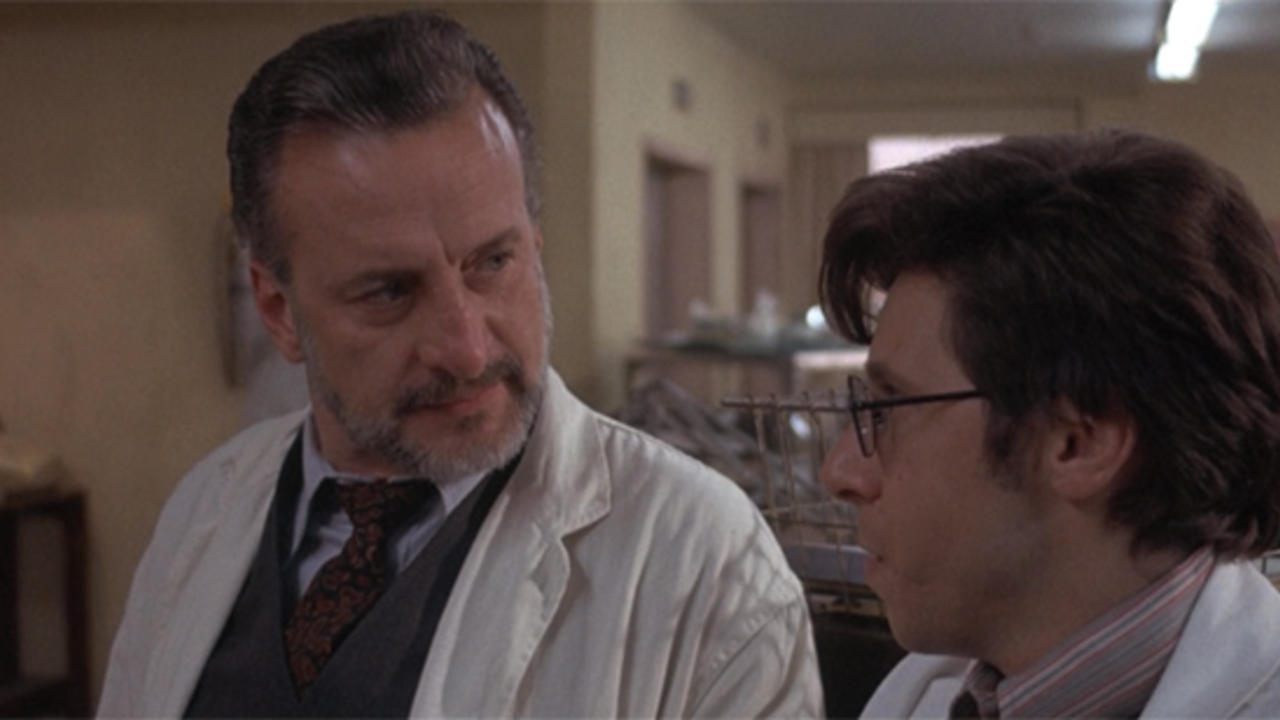 The Hospital, which also stars George C. Scott (Dr. Strangelove), doesn’t have a very positive opinion about humanity either. The titular hospital is a nightmare of bureaucracy, greed, the constant deterioration of good souls.

It is filled to the brim with the ravings and desperation of the city in which it is set (Manhattan). Oscar-winning screenwriter Paddy Chayefsky (for this, and then for Network in 1976) uses this space to get in a lot of well-placed, astute jabs at the medical industry, as well as at the people on every conceivable end of that monolith. The Hospital also benefits from a lot of dry humor, even in the most absurd situations. On top of all of that, you have Diana Rigg in one of her best performances ever.

Watch if: You really hate the smarminess of shows like E.R.
Avoid if: You have minor surgery next week. 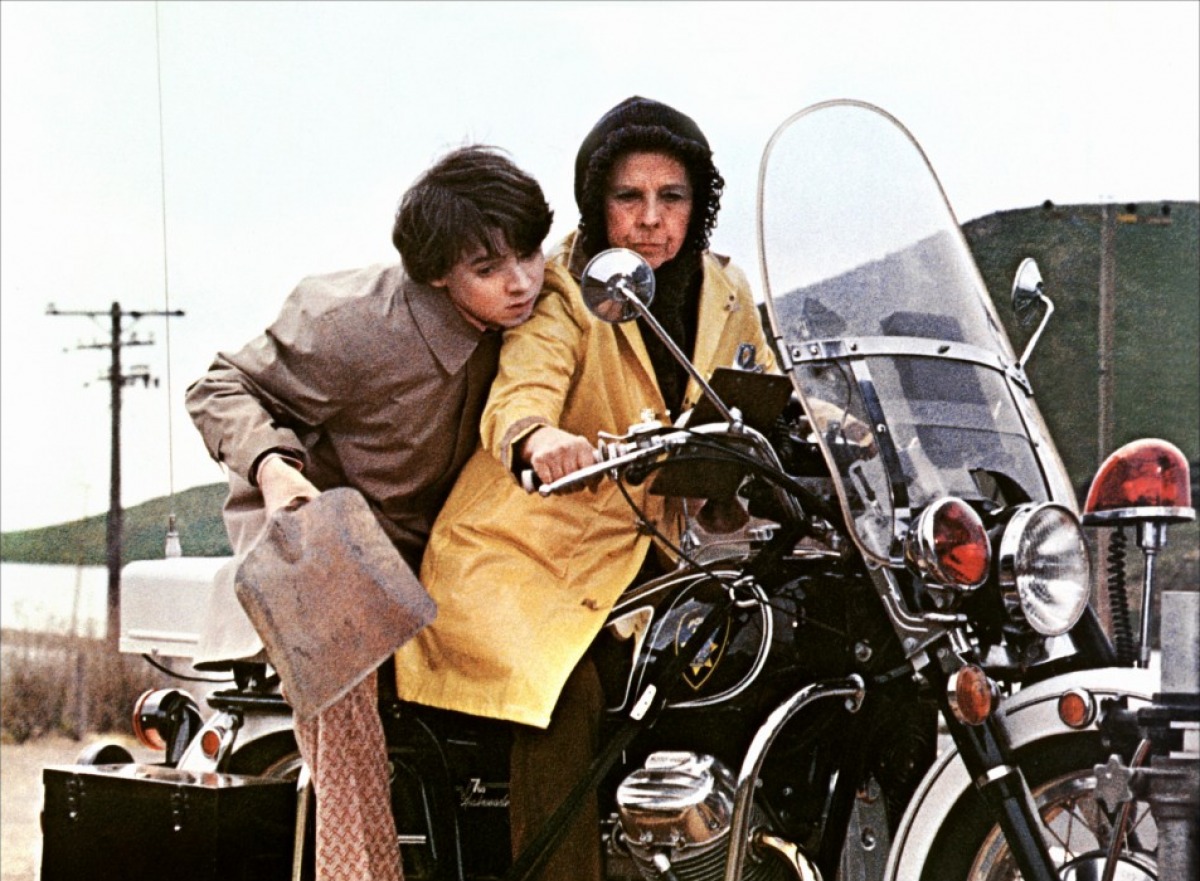 Released just one week after The Hospital, Harold and Maude is probably the best romantic comedy of all time. There are a lot of other ways to describe the movie, directed by the great Hal Ashby, but it is essentially a romantic comedy at heart. It just happens to filter that through one of the best depictions of gallows humor ever committed to film.

Bud Cort as young Harold is a big part of that, as is Oscar-winning legend Ruth Gordon as octogenarian Maude. At the same time, the movie asserts that while the sum total of life may or may not be meaningless, it doesn’t mean we shouldn’t have a good time while we’re here.

Watch if: You want to see a pretty darn sweet dark comedy.
Avoid if: Age gaps make you uncomfortable

NEXT PAGE OF THE BEST DARK COMEDIES