Home
Movies
10 Best Movies of 1973 You Should Watch
Movies

More from the decade that changed America, for better or worse. 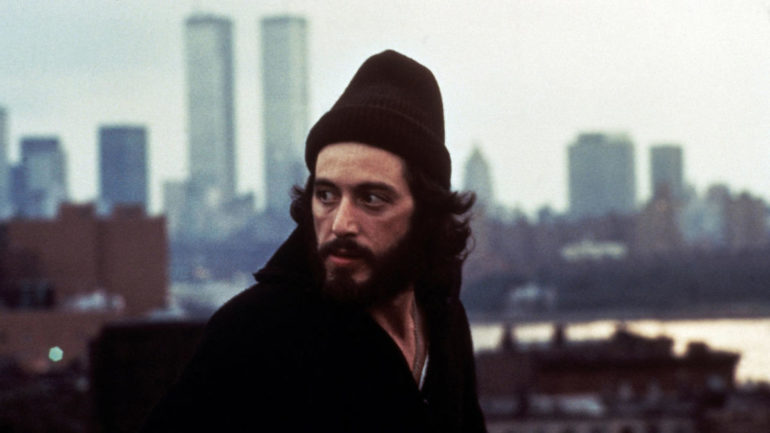 Probably the biggest thing to happen in 1973 was the signing of the peace treaty, “Agreement on Ending the War and Restoring Peace in Vietnam” on January 27th. The military draft ended and by March 29th, the last of the combating troops were leaving Vietnam. It was also the year of Nixon’s, “..Well I’m not a crook..” speech during the impeachment investigations.

It is perhaps also noteworthy that, even though occupants were already accepted for both towers by this time, the ribbon-cutting ceremony for the twin towers occured that April. Of course, it wasn’t all good. The Oil Crisis began that October, for one example. Important as these events are, the highlights of 1973 we’re centering on are the movies.

Sort of an obvious choice, American Graffiti is not only a well directed George Lucas film, it’s a beautifully told era piece that is well acted by a well-rounded cast of popular 70s names and backed by an incredible soundtrack. Even Robert Weston Smith (Wolfman Jack) makes a cameo and his distinct voice can be heard all throughout the film.

It’s the summer of 1962 in Modesto, California and the ensemble cast of characters are faced with their own concerns. It’s semi-autobiographical, which adds to the accuracy of the era and bittersweetness of the script.

If you haven’t seen it, it’s a must-watch. Especially if you have kids. There were a number of articles published about 2 months ago about millennials becoming increasingly interested in the music of 1960s and watching the movie might introduce them to more music from the 1950s as well as the earlier 1960s material.

Aside from 1967’s Who’s That Knocking at my Door, this is Martin Scorsese’s first great movie and the one that helped launch his career. It is also the first time he’s worked with Robert De Niro, thanks to Brian De Palma. Robert De Niro plays John “Jonny Boy” Civello and Harvey Keitel is Charlie Cappa. John and Charlie are both friends who, throughout the film, find themselves in a great deal of trouble. I won’t spoil it for you, you’ll just have to check it out.

It’s brilliantly made and showcases not only Martin Scorsese’s potential, but Robert De Niro’s as well. Mean Streets is one of the better Italian-American character based films of the era and has undoubtedly inspired then up-and-coming filmmakers. What makes it so amazing is that some of it is inspired by things Martin Scorsese would see growing up.

About 20-some odd years prior to the release of William Peter Blatty’s novel, an actual supernatural incident is said to have occurred, which inspired him to pen the novel. Blatty’s career was mostly comedy work and he decided to write the story because his quirky brand of humor was slowly losing popularity. The main change of the story is instead of the possession happening to a little boy, it happens to 12-year-old Regan MacNeil. Aside from Blatty’s disturbing adapted script, William Friedkin’s directing made a huge impact on the film’s realism, often putting the cast through stressful and painful situations.

The Exorcist is fascinating both onscreen and behind the scenes and has had a lasting impact on not just the horror genre, but filmmaking in general. I should also mention the usage of Mike Oldfield’s Tubular Bells. The opening of the first part of the song has become synonymous with the film, despite having been released prior to the movie.

This is one film that’s worthy of its praise, 46 years later.

4. The Friends of Eddie Coyle

Richard Mitchum gives a memorable performance as the titular character, who catches an unlucky break and is tasked with an ultimatum: He either snitches to the ATF on anyone involved in arms trafficking or goes to jail after being set up.

As far as crime/mobster movies go, it’s certainly one of the better ones to have ever been released. It may not sound nearly as effective in words, but without giving anything away, it really is a brilliant and bleak film.

Worthy of praise, Victor J. Kemper has done a remarkable job with the cinematography in this one. So remarkable, it’s no wonder he went on to be the president of the ASC more than once in his career. Other familiar faces in the film include Mitchell Ryan, Peter Boyle and Alex Rocco.

Jack Nicholson and Otis Young play senior sailors Billy Buddusky and Richard Mulhall. They are tasked with escorting Larry Meadows, played by Dennis Quaid, to Portsmouth Naval Prison for nearly a decade. Even though their intentions are to follow orders, Billy and Richard begin to feel sorry for Larry and decide to give him some experiences they feel he should have while he’s still young. It was Jack Nicholson’s best role since Five Easy Pieces in 1970, even though he’s appeared in a few and was even ballsy enough to turn down Deliverance.

Furthermore, it showcases a huge difference between his writing and directing ability (1971’s Drive, He Said) and his then-untapped potential as an actor. It’s a bit of a whacky dramatic piece of Americana that wonderfully balances compassion and camaraderie.

Do the names Paul Newman, Robert Shaw and Robert Redford mean anything to you? If in fact they do, surely you’re aware of The Sting. Robert Shaw plays the antagonist, Doyle Lonnegan, and Paul Newman plays a professional criminal who’s somewhat hiding or on the run from authority. He’s heavily sought after by Redford’s character, Johnny. His goal is to convince Henry, Paul Newman’s character, to help him get revenge on Doyle.

Just by the talent attached to this movie, you know it’s at least decently acted. Upon watching the film, however, you’ll realize it’s also rich in story and George Roy Hill (who directed Robert Redford and Paul Newman in Butch Cassidy and the Sundance Kid) has done a great job directing it.

Al Pacino stars as Frank Serpico, a former New York City police officer that cleverly went undercover in the 1960s and early 1970s to uncover the shocking amount of corruption in the city. It’s not a squeaky clean, easy peasy kind of operation, though. He’s found out and deals with threats and acts of violence from his own brothers in blue. The film takes place over the course of 12 years and, as the story unfolds, it intensifies.

The writing, directing, the acting; all of it is good and the fact that it’s inspired by real events makes it even better. The real Frank Serpico is still alive today and remains a voice to put an end to police brutality and corruption, which, in today’s world, is more openly discussed.

Nicolas Roeg has an interestingly unique filmography, featuring 1970’s Performance, in which he worked with Mick Jagger. He also worked with David Bowie in 1976’s The Man Who Fell From Earth. What film truly stands out, though? His 1973 work of art, Don’t Look Now. It stars Donald Sutherland and Julie Christie.

It’s original, creative, beautifully shot and the ending shows how cleverly directed and edited it truly is. Without a doubt, it’s one of the best movies of its kind released in the 1970s and is worthy of all the praise it gets, still all these years later.

In case you’re only familiar with the Charlie Hunnam and Rami Malek film, the 1973 original is based on the autobiography from 1969, written by Henri Charrière.

Steve McQueen portrays Henri as he’s convicted of a crime he didn’t actually commit. He gets life behind bars and, while in prison, befriends Louis, played by Dustin Hoffman. It’s more than a prison break type movie, and Jerry Goldsmith’s score is incredible.

It’s shot entirely in black-and-white and stars Ryan O’Neal and his real life daughter, Tatum. Peter Bogdanovich reunites with Ryan O’Neal with Madeline Kahn, one year after the 3 of them worked together on What’s Up, Doc? Add to that a script by Alvin Sargent, most noteworthy to Marvel fans for his contributions to the Spider-Man movies from 2002 to 2012. Ryan’s character is a con-man named Moses Pray, who decides to give Addie (Tatum O’Neal) a ride to her to aunt’s.

Addie proves to be clever and, throughout the course of the film, works with Moses to scam people for money. Also appearing in this film from What’s Up, Doc? Are John Hillerman and Randy Quaid. Tatum’s first role won her an Oscar, beating out Linda Blair for The Exorcist. The film takes place during the great depression, however the film itself has plenty of laughs while still maintaining its dramatic effect.

I know what you’re thinking. “Where’s Live and Let Die? Where’s The Way We Were or The Wicker Man?” Not even Torso made the list. Well, it’s nothing against those films, I assure you. As always, this was a difficult list to make as so many fantastic films aren’t mentioned.

Out of the ones chosen, how many do you know or would like to see?