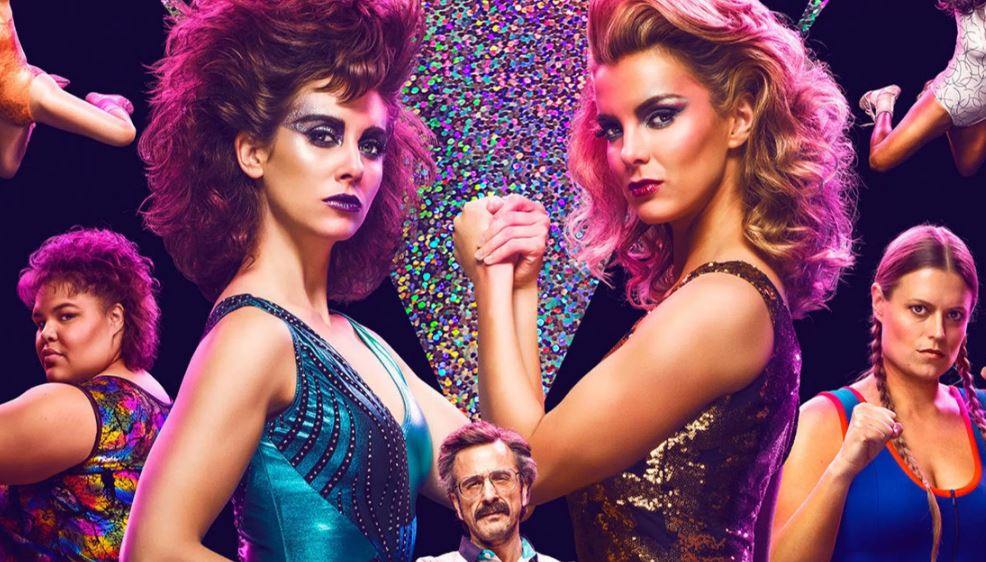 Wrestling, no matter what your friends might tell you, is cool again. Sure, it’s never again going to be as big as it was when the likes of Sting would throw children around a room, or when The Rock would reel off catchphrases and have stadiums hanging off his every word, but the idea that wrestling fans belong in basements becomes less and less accurate as time wears on.

So it shouldn’t have been a surprise to anyone when Netflix, always a beacon for trends, announced that a new show centred around the struggles of an eighties women’s wrestling promotion was in the works. More intrigue came when it was revealed that the creative minds behind Orange Is the New Back were behind it.

Loosely (ever so loosely) based on the promotion of the same name, GLOW aims to be add to Netflix’s crowded library of successful original programming. While it has moments that suggest it could reach the same heights as something like Stranger Things or Daredevil, it feels, for the most part, like NXT’s early days. It’s a strong concept, but one that needs a lot of nurturing before it can reach its potential. 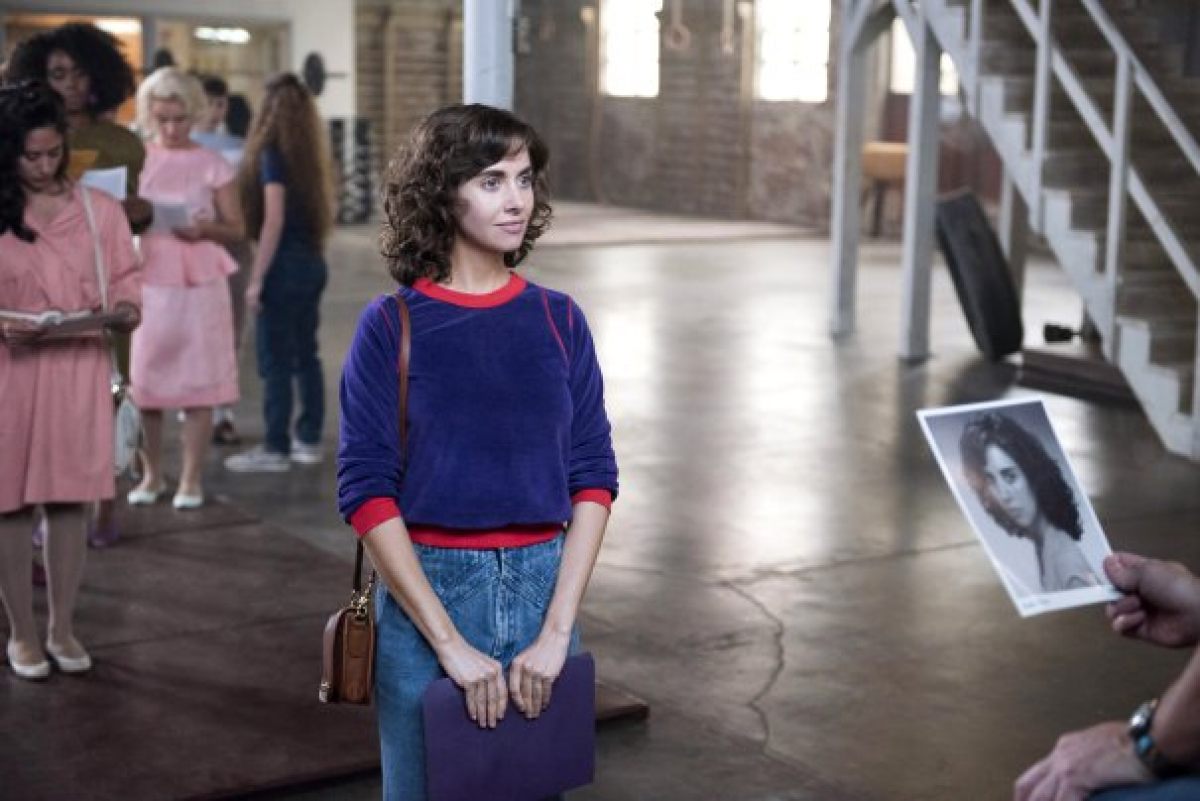 GLOW shares some worrying DNA with OITNB in that its main character is probably the least interesting character in an eclectic cast. Alison Brie’s Ruth Wilder, much like Orange is the New Black’s Piper Chapman, feels more like a tool to help tell the stories of other people rather than a protagonist worth wholly getting behind. The show holds focus on her often, though not in a light that makes her at all likeable – she’s conceited and self-involved for most of the season. GLOW tries its best to show her motivations and provide reasons for her misdeeds, but it ultimately isn’t enough.

This is fine, however, because her introduction into the world of women’s wrestling shines a light on some more complex, worthwhile characters that are worth taking closer looks at. 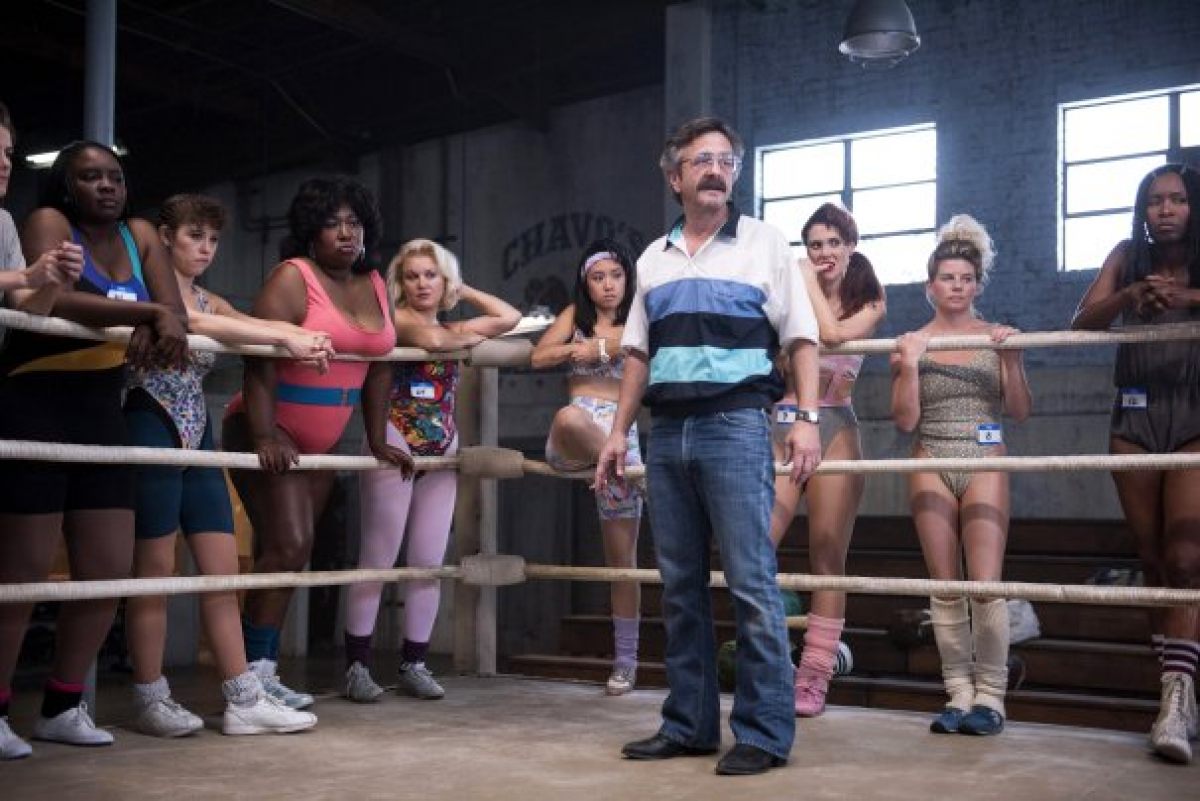 Britney Young’s Carmen Wade (“Machu Picchu”) and her struggles with being the daughter in a wrestling dynasty dominated by her father and brothers is always gripping to watch, particularly when the expectations of living up to those who came before her manifests in an anxiety attack right before a match. Likewise, Sydelle Noel’s Cherry Bang (“Junk Chain”), a no-nonsense stuntwoman turned leader of the roster, is electric whenever she’s on-screen. That being said, the show seems reticent to hold focus on anyone other than Ruth or Marc Maron’s piece of shit director for more than a couple of scenes per episode. It feels like a big (and almost peculiar) mistake to have episodes half the length of its prison-based cousin, purely because the breadth of its cast makes it impossible to learn the motivations and quirks of them in such a short space of time.

The finale, the first TV taping for the new promotion, comes around so quickly with such little warning that it feels anti-climactic, like the show had so much more to say and do but just ran out of steam. Consisting of just ten thirty minute episodes, GLOW finds itself stuck between gently introducing casual viewers into the world of wrestling and affording its characters room to breathe. Much like the WWE roster of today, GLOW simply has too many names and not enough time to give them the limelight they need to make an impact. 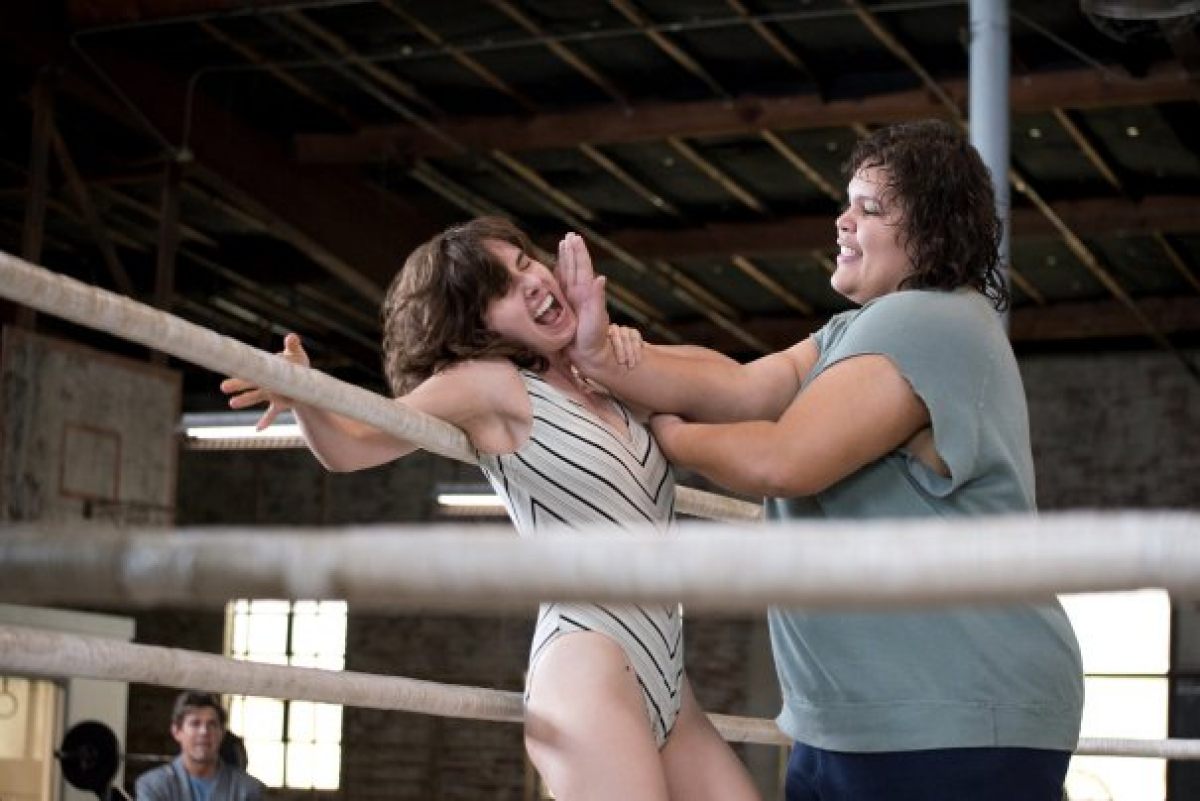 There’s plenty to like with GLOW nevertheless. Its faithful to wrestling itself, treading the line between respecting the form and acknowledging just how silly it all is at the same time. Wisely avoiding a big dump of wrestling terminology, the show instead decides to reel off the basics through the course of the season. You won’t come out of the end of GLOW feeling like the second coming of Dave Meltzer, but you will have a better understanding of just how the violent ballet works and why it’s so important to so many people.

GLOW also touches on some important issues, particularly racial attitudes and prejudices. It takes care -for the most part- to not hit viewers over the head with its message on the lack of racial sensitivity in America during the eighties, but the feverous reception from the crowd when Sunita Mani’s stereotypical evil foreigner takes to the ring couldn’t feel more timely.

As it stands, GLOW is a promising rookie only showing glimpses of challenging its more complex, captivating peers. It’s Nexus-era Daniel Bryan: really easy to get behind but lacking that special something to take it to the very top.

Verdict
With more time given to the women the show's name is built upon, GLOW could be a real challenger in the future. For now, GLOW is just a solid concept for what's to come.
6.5
Cultured Vultures is a pop culture website established in 2013 covering all things gaming, movies, and more. We eat your words.
All The News On Your Favourite Games