12 Best Horror Authors You May Or May Not Know 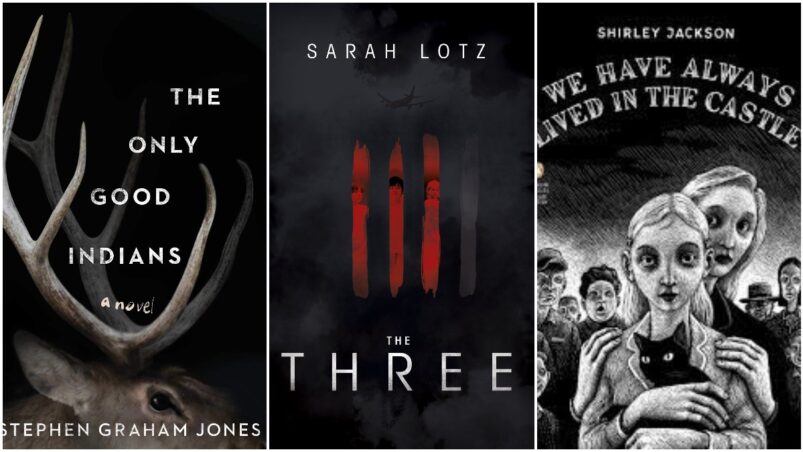 Narrowing down the plethora of writers in this genre for a best horror authors list is nearly impossible. The horror genre comes in so many flavours, from so many talented individuals. If you’ve never read horror and want to check out some of the more popular authors, we’ve got your covered. But if horror is already your thing, there will be an author or two here new to you as well. No list of the best horror authors will ever be comprehensive, but this wide variety should get you started, or give you some new ideas for fresh voices.

Clive Barker is an absolute stalwart of the genre and definitely one of our best horror authors here in the UK. He’s been writing since the 1980s, and as well as being a novelist he also is a film director and visual artist. There is a very real visceral feeling to his written work, perhaps because of his artistic talents.

You could pick up any Clive Barker book and be sure of a good time, but many fans say that The Books Of Blood, the short story collection that launched his career, is still one of his very best. Get a taste of the 80s, and experience how he helped shake up the genre, by checking it out.

Lauren Beukes is a South African author who, like Clive Barker, has a multi-faceted career. As well as writing novels, she also is a successful comic book author, working on her own original projects for Vertigo as well as for DC Comics.

Survivors’ Club is a great place to start for checking out her work. This comic book imagines that all of the 80s horror movies were real, and thirty years later checks in on the kids who were forced to live through them. The kids, now adults, are about to have to face their demons – and those of the others – once and for all.

Campbell is one of those authors who will always make an appearance on a best horror authors list. Like Barker, he’s been around forever, publishing more than 30 novels and hundreds of short stories in his role as one of the cornerstones of British horror.

While he is a novelist, Campbell’s strongest work often comes in his short stories, a format he has undoubtedly mastered. With that in mind, start with Dark Feasts, a sort of anthology of his best work from the 60s through to the 80s.

Prepare to be deeply, deliciously disturbed by the content of some of his work.

There is always room for a classic writer on a best horror authors list, and Daphne Du Maurier is always a safe pair of hands. Her horror is much more of a slow burn, unsettling and psychological, rather than blood and guts and spooks, but that doesn’t make it any less disturbing or likely to leave you wanting your bedroom light on once you’ve finished reading.

Jamaica Inn is a creepy read, but few fans of her work will ever deny that Rebecca, her most popular novel, is the most popular for a reason. A young woman marries a rich widower, only to find that the presence of his first wife has never really gone away from their sprawling, Gothic home.

Nalo Hopkinson is a speculative fiction author, but a lot of her work has a horror flavour to it. If you’re looking for an author with a lot to say about gender, as well as having a far less Western-centric vibe to their work, then Hopkinson might be for you.

Skin Folk, her collection of short stories from the early 2000s, covers horror, science fiction and fantasy, showing Hopkinson’s ability to move seamlessly between the genres. Some of the stories, steeped in eroticism and sexuality, may be a little bit unsettling. But that is exactly what Hopkinson wants you to feel.

There is room for more one classic writer on this best horror authors list, and that classic is Shirley Jackson. She needs no introduction for many people; The Haunting of Hill House was a runaway success on Netflix and it is hard to imagine any discerning horror fan having missed out on her work.

If you read The Haunting of Hill House already at the height of the Netflix furore, check out We Have Always Lived In The Castle, Jackson’s final published novel. Main character Merricat is one of Jackson’s most vivid and real creations.

Jones is a prolific and unstoppable force in modern horror writing. He is not yet 50 and has published 22 books already, and has won the Bram Stoker and Ray Bradbury prizes, as well as being nominated further times for the Stoker prize.

As a member of the Blackfeet Native American tribe, Jones brings a vital new voice to the forefront of horror writing in some of his work. The Only Good Indians, one of his most recent novels, follows four men hunted by an unknown entity hellbent on revenge, and demonstrates how the culture and traditions that they had tried to leave behind finds a way to catch up with them.

Koontz, that ultra-prolific writer of thrillers with frequent horror vibes, might not be everyone’s cup of tea. But he is incredibly popular with readers and regardless of what you may thing of his style, that makes him one of the best horror authors. People love him for a reason, after all.

If you’re completely lost as to where to begin with Koontz’s over one hundred novels then start with Demon Seed, the book that was his first bestseller. A reclusive woman named Susan is trapped in her house by an AI with one wish – to experience life as humans do. And he will stop at nothing to make his wish come true – including impregnating his prisoner in order to live through his progeny.

Victor LaValle may not be as prolific as Jones or Koontz, but his work is becoming more and more popular with every novel that he publishes, and his most recent, The Changeling, won a bunch of fantasy and horror awards.

The Changeling is also a good place to start with his work. It is a story about family and the secrets that people keep from one another, two themes that LaValle covers beautifully. There are a lot of layers to this story which need to be unpicked. Apollo Kagwa is a book dealer haunted by strange nightmares. When his wife begins to act strangely, Apollo thinks she has post-partum depression, until he loses both Emma and their son and begins to understand that the world he thought he knew is not as it seems.

Sarah Lotz is another productive author who publishes under many different names; urban horror as S.L Grey, zombie YA pulp as Lily Herne and erotica as Helena S. Paige. Lotz is a busy person, and bound to have written something for every horror fan along the way.

Under her own name. check out The Three, a terrifying novel about three children who survive separately when four commuter planes crash within hours of one another. With terror and other factors ruled out, there isn’t a link between the crashes except for the fact that the three children survive them. As the children begin to behave erratically, a rapture cult leader insists that the kids are three of the four harbingers of the apocalypse.

Helen Oyeyemi writes horror with a literary flavour, novels that are deeply unsettling and ever shifting, like a kaleidoscope of genre. A young talent, Oyeyemi wrote her first novel The Icarus Girl at just 18 years old, and received generally very good reviews for it. This is a writer who seemingly was born to her craft.

In reworking fairy tales, Oyeyemi presents readers with stories they think they know, then pulls the rug from underneath them. But her novel White Is For Witching, easily her creepiest, a young woman with unsatiable hunger lives in a house that won’t tolerate strangers and can’t shake the memory of the mother she lost at just sixteen years old. At least, she thinks it is only the memory.

He is best known as the author of the Ring novels, which have become such a staple of the horror genre with films, manga and TV series based on his work. The Ring novels focus on a curse embodied within a video tape. Psychic Sadako Yamamura was sexually assaulted and murdered before being thrown down a well. And when anyone watches the video tape, they are cursed to die seven days later.

READ NEXT: 10 Underrated Horror Authors To Check Out