10 Underrated Horror Authors To Check Out 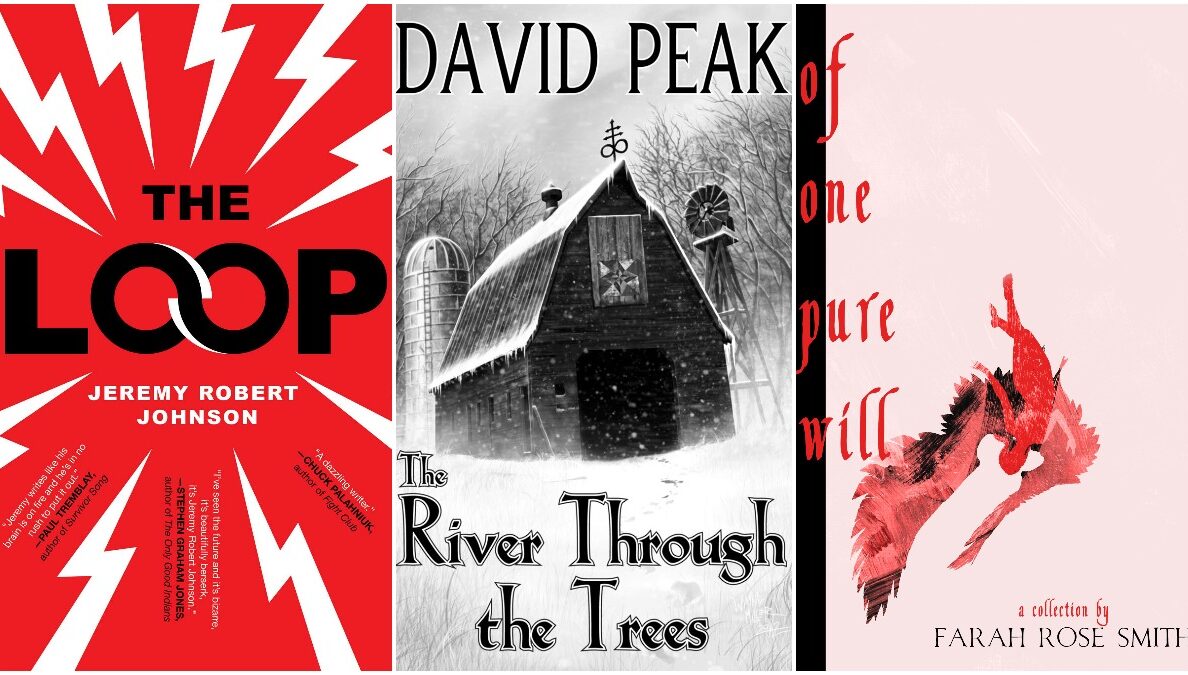 When picking out what to read for the Halloween season, it’s easy to go for the obvious authors like Stephen King, Dean Koontz, and Clive Barker or for well-known classics like the works of Mary Shelley, Edgar Allan Poe, and Shirley Jackson. All of those make for good, dark reading while the season changes and people decorate their yards with coffins and skeletons. There is, however, a whole world of underrated horror authors out there.

Many of them you won’t find in what few bookstores are left and even now, online recommendation algorithms favour books from major publishers. Unless you’ve got your ear to the ground, there are many, many great horror writers that you’ll miss in the world of independent publishing. There are enough underrated horror authors to fill many aisles of a library that are tragically far too easy to overlook.

Of course, it’s impossible to name every single author in the horror genre that deserves more attention. A person only has so much time to read, especially in just one genre. Sohere are ten underrated horror authors to give you an idea of where to start. Some are self-published, but still high quality. Some are small press mainstays. Others have had books through major publishers, but still haven’t caught people’s attention like they should. Every single one of them, of course, should be on your reading list.

Duza is one of the original authors of Bizarro horror. He mixes off-the-wall concepts with gut-churning imagery. His debut, Dead Bitch Army, was a unique, action-packed take on zombies during the height of the craze. While zombies still are a recurring part of his work, he always finds a unique take on them, such as in WZMB, where a shock jock broadcasts as the undead run amok.

He also writes stories like the novella Don’t F(Bleep)k with the Coloureds, in which a new, experimental form of acid brings destructive cartoons into the real world. It reads like what the movie Cool World should have been. One of his best and most unique works, however, is Technicolour Terrorists, a novel-in-stories following the antics of various displaced circus freaks. Anything with Duza’s name on it is a guaranteed good time read.

Cooper is certainly not a prolific author, but one of the most underrated horror authors. Since he started publishing around the turn of the century, he has only three books to his name, one of which is a collaboration with Brian Keene. If he’ll ever publish anything else is unknown. What can be said, however, that his solo collection of short stories, Answers of Silence, is an incredible one.

The stories range from psychological horror to supernatural to splatterpunk. The opening story, “The Questions of Doves,” is still one of the most genuinely unnerving short stories to have ever been written. If Cooper never publishes anything else, this hidden gem of a collection will remain an accomplishment to be proud of and a must-have for readers who enjoy dark fiction in short form.

This is one author who is expected not to be seen on lists like this very soon, because he’s starting to get his due. He made his debut with a major publisher in 2020 with the novel The Loop, but he spent several years writing both short fiction and novels which were put out by small presses. To show his range, let’s take two of his stories with similar subject matter. His novella Extiction Journals and his story “Snowfall” both deal with the threat of nuclear annihilation. The former is funny and weird, with things like a man surviving with a suit made of cockroaches, and the latter poetic and tragic, with a deaf boy waking up to find himself the sole survivor of a nuclear attack.

The Loop, however, proves that mainstream publishing hasn’t neutered him, being as vivid and visceral as everything else he’s written before. With all of his prior work now in print as of this year, Johnson is going to be impossible to ignore.

LoPresti is an author who seems happy with obscurity, making him one of the most underrated horror authors for sure. Lately, he’s pulled back from social media and has taken to only self-publishing his books. His work also consists of poetry, short novellas, and photo books. Hardly the most commercially viable literature. However, his prose is incredible and disturbing. He paints amazing psychological portraits of fear, trauma, and anxiety. A Creeping Plague Will Take My Place, collecting most of his published poetry to date, is an absolute maelstrom of emotions.

In A God of Flies Among Them, about a man returning to his childhood home to investigate a curse he suspects his family is under, he melds Southern Gothic and crime with horror seamlessly. He’s an incredible photographer as well. His pieces are a mix of portraits, landscapes, and surreal nightmares. Seek out his work in all his mediums and you won’t be disappointed.

Peak is another horror author who often dips into poetry, and his prose often shows it. Strange and surreal imagery fills his stories. The River Through the Trees tells a tale of two small-town siblings who find themselves mentally scarred by an encounter with an absurd but creepy being who has been a local legend for ages. A mix of Midwestern Gothic, crime, and cosmic horror, the novel has the coldness and hazy atmosphere of a lo-fi black metal album. Indeed, he would go on to write Corpsepaint, a cosmic horror novel starring a black metal band.

Both his novels and the poetry book Blackest Ever Hole, which he wrote under the name Brian O’Blivion, are worth seeking out.

Havok is a relatively new author, mostly self-releasing short stories and novellas. The content of her work is so extreme, she’s found herself running afoul of Amazon’s terms of service and has had to seek new homes like the distributor Godless.com. Her stories aren’t for faint of heart.

For example, her story “Mukbang Princess” is a pitch-black satire of social media trends. I won’t spoil the plot, but what should read as a rather goofy idea becomes absolutely horrifying in Havok’s well-crafted prose and eye for details. If you want a quick read that will kick you the stomach, pick up some of Havok’s stories.

McHardy is an author from Down Under who has also found himself the target of Amazon censorship with his infamous novel Mother Maggot. He writes stories about psychopathic bogans and horrible people in general with absolutely disgusting detail. There is, however, a sense of creativity in his disgusting imagery. Reading his novella Moonface is like reading an underground comic with its dark humour, atmosphere full of rot, and absurd twists.

Even some of the most jaded readers have had trouble getting through his work. So if you want a challenging read, McHardy is your man.

Ranalli got her start writing quirky Bizarro books like Suicide Girls in the Afterlife, in which a group of suicides are required to stay in a hotel in Purgatory due to renovations in Heaven and Hell. She would go on to write books like Wall of Kiss, a psychological horror tale about a woman who falls in love with a wall in her house and Dark Surge, a literary creature feature in which a supernatural force unleashes a swarm of flies.

She’s continued putting out horror books ranging from Bizarro to supernatural to explicitly feminist, including her recent, most controversial work All Men Are Trash. With her wide range, at least one of her books will certainly appeal to any horror fan.

Smith writes in the tradition of weird and cosmic horror. Even more so than other authors in that vein, many of her stories, especially in her collection Of One Pure Will, read more like prose poems than anything else. She creates dark, vivid, and unique images that haunt.

Whether she’s writing about a cursed cabinet that torments a family, rock singers who sell their souls to demons, or a boy getting his revenge on a bully, her prose makes it feel as if you’re taking a look into another world. Her work often takes a bit of effort to read, but it more than rewards the reader.

Krall is yet another author who got his start in the Bizarro scene. He went on to develop a unique brand of horror fiction that combined weird fiction, science fiction, and experimental prose. Humanity is The Devil is a disturbing misanthropic novel that covers Gnosticism, true crime, and psychological trauma. Nightmares from a Lovecraftian Mind is a collection of surreal work reminiscent of the titular author and Thomas Ligotti.

He’s a prolific author who’s written too much to cover here, and much of it is out of print. However, what is still in print is well-worth picking up, and he’s definitely one of the most underrated horror authors.

READ NEXT: 15 Underrated Horror Movies You Should Watch