Hey, Can We Get Assassin’s Creed Multiplayer Again?

Do you remember multiplayer in AC? 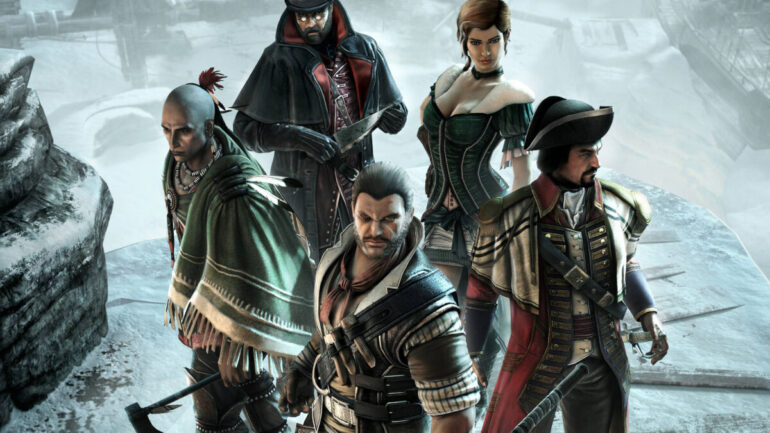 The success of games like Among Us, Trouble In Terrorist Town and, to a lesser extent, Project Winter, along with board and card games like The Resistance, Secret Hitler and Spyfall, has proved that we as gamers long for social deduction games. I’m not sure what it is, but there’s something cathartic about being about to loudly accuse one of your friends of being a dickhead that’s endlessly enjoyable. Maybe that’s just me, though.

As someone who spent his formative teenage years clung to an Xbox 360, deception is something that I became well-versed in by playing Assassin’s Creed: Brotherhood’s multiplayer mode. What could have easily felt like a pointless addition to a sterling single-player adventure, in an era where unnecessary multiplayer modes felt commonplace (who remembers the multiplayer modes for Quantum of Solace, Bioshock 2 or Spec Ops: The Line?), became one of the most compelling multiplayer experiences on the market.

While Among Us, TTT and Project Winter revolve around long-form deception and sabotage, the multiplayer in Assassin’s Creed is much more fast-paced in its action, depicting a deadly cat and mouse game where you can both be the cat and the mouse. Players are dropped into an urban environment as one of several easily identifiable characters, and must use their skills learned from playing the story mode, as the gameplay is the same, to assassinate other players.

That sounds simple enough, but there’s plenty of added wrinkles that make the core gameplay loop more interesting. Each map is filled with NPCs going about their business, as they would do normally when playing the single-player campaign, but these NPCs are all copies of the different characters that players have chosen, meaning you can find a group that features your assigned character and blend in with the crowds to remain undetected.

On top of that, scoring points in these games isn’t as simple as running up to your target, stabbing them in the face seven times and leaving. Sure, you can certainly do that, but there’s different downsides to the overt approach. Firstly, your intended target will be able to see you coming from a mile away, and can use various escape methods to live another day. Secondly, AC’s point system encourages players to use their cunning to take down their targets more effectively.

If you just run at your opponent to stab them, you’ll only net 100 points, but if you try and hide in hay bales, or if you manage to locate and stalk your target for a while before getting the valuable kill, you’ll earn even more points. It pays to play savvy and plan your approach instead of just running in and murdering everyone. Not only is the careful approach beneficial in terms of the match’s score, it’ll also help keep you alive.

The main mode, Wanted, was a free-for-all that saw players assigned their own target, though that usually meant that everyone was also the target for someone else, meaning you’d have to try and make an approach on your target without tipping off your hunter as to your location. If your hunter tried to attack but you were either quick on the draw or they killed a decoy, you could stun them and make your escape.

While there were some matches that saw people adopt a gung-ho approach, good matches were more tense affairs, often with multiple players waiting to make the first move. This often led to comedic moments where people would line up to kill each other like a murder train, each player taking out the previous one in a successive chain of death. There was even joy to be found in witnessing the drama of other players trying to kill each other while you hid in a crowd, undetected.

At its best, the multiplayer in Assassin’s Creed can create some fantastic moments. Between games, players could create loadouts with different abilities that aid in you killing your targets or surviving being prey. Two of the abilities allowed you to deploy smoke bomb mines that are triggered by enemy movement, and the ability to swap a crowd of NPCs to your character, allowing you to blend in more effectively. When used in combination, you can create a devastatingly good defense. Those would-be attackers only knew what happened when they got cracked in the jaw.

Another great moment for me personally came from Manhunt, a team-based mode where two teams of four take a turn as hunters and hunted. With three friends, we created loadouts with the aforementioned blending ability in use, and found a big group of NPCs walking around the map to use it on. With about 15 of the same characters walking across the map, the enemy found it impossible to determine who the real players were, leading to a party filled with laughter as an entire team gets decked.

Perhaps it’s just me, but the Assassin’s Creed multiplayer was one of the best parts of the franchise. Maybe that goes some way to explaining my general ambivalence to the series after Unity, which replaced the competitive multiplayer with a co-op offering that no one ever talks about. By Syndicate, multiplayer and the Assassin’s Creed franchise were completely separate from each other, and after that, the series went through a full restructuring anyway.

Ubisoft have made it known already that they’re okay with plundering the gameplay mechanics of the Assassin’s Creed series and applying them elsewhere. The sailing from AC3 and AC4: Black Flag was used as the basis for Skull & Bones, when that mechanic isn’t exactly universally beloved (the sailing is good, but the combat sucked). Why can’t the multiplayer from Assassin’s Creed also become its own game?

Ubisoft themselves have even stated recently that their plans for the future include less of a reliance on AAA releases, a return to their back catalogues, along with more cheaper and free-to-play games. AC’s multiplayer mode would be the perfect F2P Assassin’s Creed game. Throw in as much cosmetic crap as you like in, add new modes and characters in over time and you’ve got a live service multiplayer game more compelling than your standard battle royale.