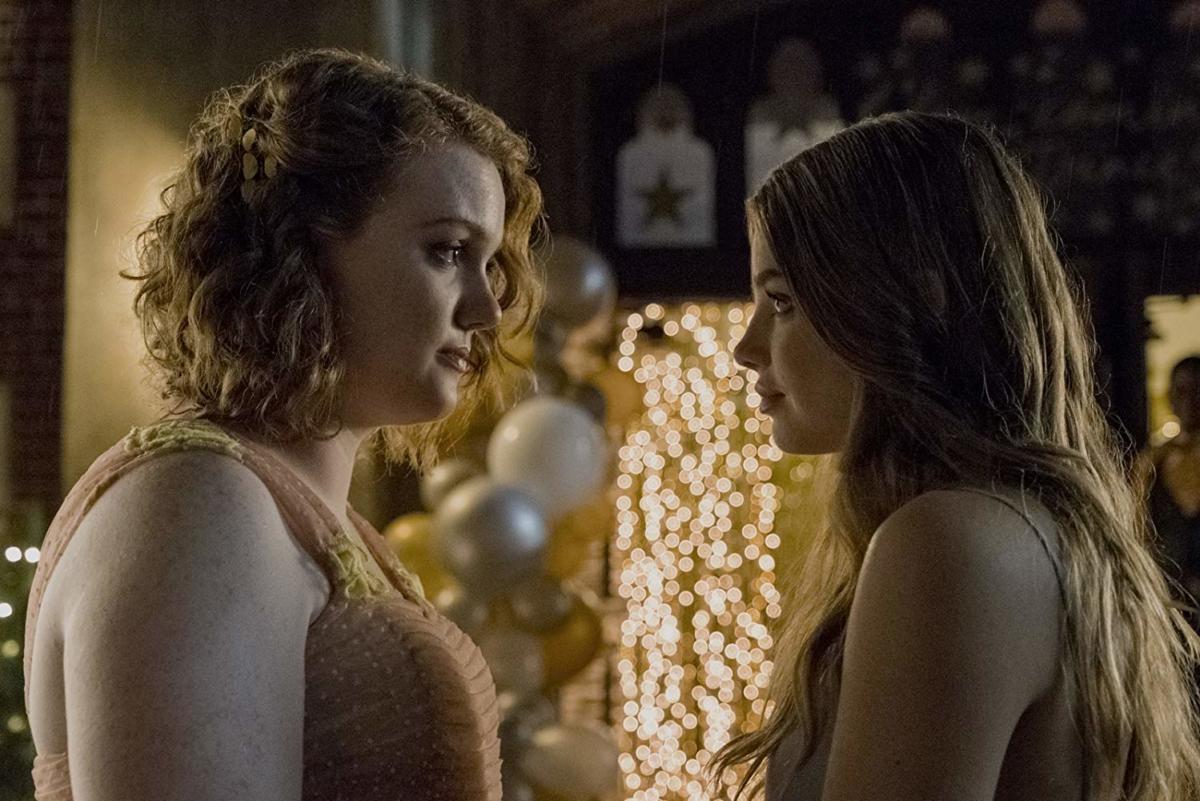 During a sudden surge in romcoms that feel like a throwback to the age of John Hughes (Love, Simon, To All the Boys I’ve Loved Before), Sierra Burgess Is a Loser doesn’t quite make for the desired feel good experience it promised. What it has in originality, it squashes with its need to lean on technology and bend to tropes that we should have shed long ago. In short, it should be a better movie.

Shannon Purser, Barb from Stranger Things, plays Sierra Burgess: an intelligent, witty, high schooler living her best life. As we follow Sierra through her day, we’re introduced to her loving and supportive parents (Alan Ruck from Ferris Bueller’s Day Off and Lea Thompson from Back to the Future), her hilarious best friend (Rj Cyler), and Veronica, her bully (Kristine Froseth). We’re also introduced to Sierra’s wise and cheeky English teacher, played by Loretta Devine, who is the low-key star of the whole show.

Moving forward, evil Veronica, in an attempt to further embarrass her, gives Sierra’s number to a cute boy from another school, Jamey (Noah Centineo). Through no fault of her own, Sierra starts texting and crushing hard on this mystery boy not realizing that he thinks she’s Veronica. Once she finds out, instead of correcting him and chalking it all up to a hilarious, serendipitous mishap, Sierra decides to fuel his belief in a very gross way. She lies, which starts a domino effect of horrible things.

What follows is a messy, cringeworthy, angst driven teen drama that does nothing but leave you one level above bored and listless. There’s manipulation, catfishing, so many lies, and the classic ditching of the best friend. Sierra even goes so far as to pretend she’s deaf — when is that ever okay? What’s more, she also decides to kiss Jamey without his consent (his eyes are closed and he thinks it’s real life Veronica), then publicly shames Veronica on social media (who actually turned out to be alright).

Once all is said and done, Sierra makes a vain attempt at redemption. She tries to justify the horrible things she’s done by blaming it all on her insecurities. As a result, successfully devolving what started out as a really strong, funny, body positive main character into a petty, selfish and unlikeable lead. After never actually apologizing to anyone, Sierra still miraculously ends up with the guy and all of the friends; effectively learning zero lessons in the process.

After the first half hour (which was nostalgic and so fun to watch), what we’re left with is a movie with the tagline “Just Be You”, in which the main character pretends to be someone else for the rest of the movie. Which is sad, because this movie really had an incredible opportunity to stand up for something and make a real statement. It would have been nice to hear that everybody (and every body) is beautiful, that consent always matters, that it’s not okay to make disparaging comments on anyone else’s body ever, and that there is no shame in being exactly who you are.

Verdict
An unoriginal romcom with a nostalgic feel which promises to but can’t deliver being fun and uplifting, losing itself completely in the process.
4
Cultured Vultures is a pop culture website established in 2013 covering all things gaming, movies, and more. We eat your words.
All The News On The Biggest Games