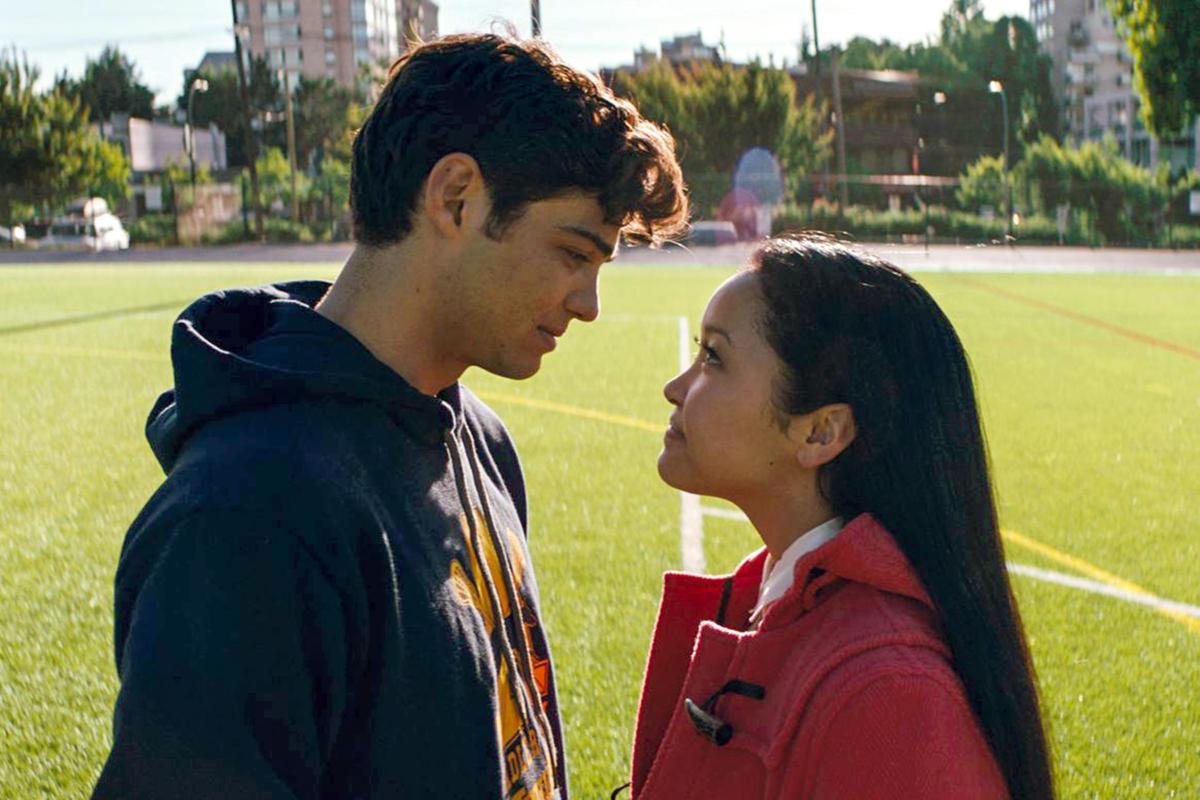 When you are a teenager, there is nothing more embarrassing than a high school crush. As a teenager, lives are made or broken on reputation. If everyone knows how you truly feel then it can easily seem like the end of the world. Consider how poor Lara Jean (Lana Condor) in To All The Boys I’ve Loved Before feels when all the fantasy love letters she wrote to her crushes have accidentally found their way into their unintended hands.

This wasn’t meant to happen. Played with great sensitivity and thoughtfulness by Condor (in her first lead role), Lara Jean is an insular girl; playing out great scenarios of romance in her head, and preferring Golden Girls marathons with her sister than going out on a Saturday night. She’s sixteen, and prefers the idea of romance to its reality. Now thanks to this letter mishap, she has to figure out the real thing for herself.

This issue is made even more complicated by the fact that one recipient, Josh (Israel Broussard) used to date her sister Margot (Janel Parrish) before she left for college in Scotland. Thankfully, the second boy she wrote a letter to (one letter was thankfully addressed to the camp they met at, the other is mercifully gay), Peter (Noah Centineo), has his own idea: to pretend to be in a relationship with Lara Jean in order to get his ex-girlfriend (and Lara Jean’s mortal enemy) back.

The resultant plot follows a style reminiscent of the Shakespeare-inspired Ten Things I Hate About You and She’s All That, making To All The Boys I’ve Loved an enjoyable trip down the comedy-of-deception genre. Of course, it’s inevitable that something more will develop between Lara Jean and Peter. What makes it a success is it’s as much about aspects of Lara Jean’s personal growth — relating to her father, processing the death of her mother, learning to socialise more — as it is about just finding a boy to kiss in the middle of a lacrosse field.

This is standard material for coming-of-age comedies, but To All The Boys feels fresh as the complicated plot is always tied to Lara Jean’s own conflicted mind. Additionally, in casting an Asian-American in a lead role that doesn’t use her heritage as a plot point, To All The Boys becomes quietly revolutionary. Premiering at the same weekend as Crazy Rich Asians, it feels like change is finally afoot. In one telling scene, she and Peter are watching Sixteen Candles — notorious both as a coming-of-age classic and for the racist character of Long Duk Dong. Here To All The Boys acknowledges its greatness while directly calling out its terrible Asian representation. It’s not that Sixteen Candles is a bad movie. In fact, Lara Jean likes watching it. This scene simply highlights that the face of teen movies are changing.

The coming-of-age experience is a universal experience, not one just reserved for white people. One day an Asian-American lead will feel normal in a teen romance, and people will look back at To All The Boys as one of the films that started it all. This is a great beginning.

Where is the review score?