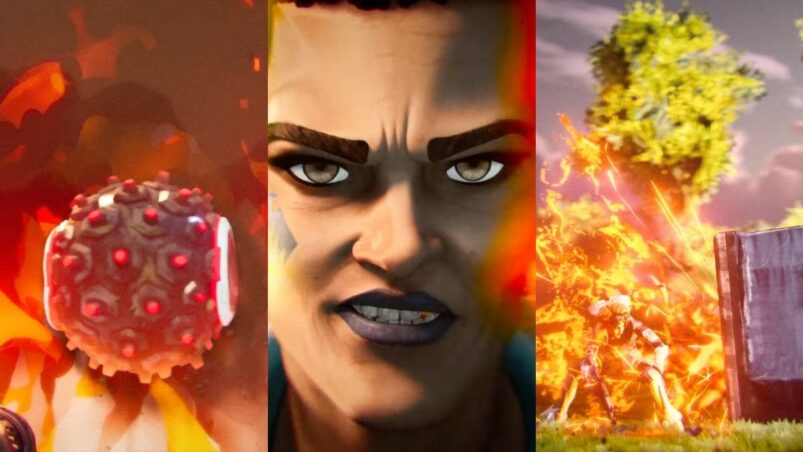 Apex Legends is preparing to launch its 12th season, and the newest Legend’s arrival is less than a week away. We have the latest details on Mad Maggie’s abilities, so keep reading to make sure you’re prepared for the rebel warlord when she explodes onto the scene alongside Season 12: Defiance on February 8th, 2022.

Growing up as an orphan on the planet Salvo, Maggie quickly forged a friendship with a fellow loner, Fuse, and they stuck together.

By their teenage years, they were well-known mercenaries, and as adults, they founded The Cracked Talon – a powerful group of mercs focused on defending their home planet. Faithfully committed to Salvo’s independence, Maggie was horrified when she learned another Salvonian warlord had signed a treaty with the Mercenary Syndicate, officially bringing an end to Salvo’s hard-won independence. Maggie was deeply offended by Fuse’s apathy towards the situation, and when she learned he was leaving Salvo in favor of joining the Apex games, she blew his arm off with a grenade, and later attempted to sabotage his arrival to the Games. This earned her a spot at the top of the Syndicate’s hitlist, and she was sentenced to death.

After some interference on the part of Octane’s dad, that death-by-firing-squad sentence was amended to death-by-combat, and Mad Maggie was forcefully ejected from a dropship, landing right in the middle of her first Apex match. She’s bringing some serious firepower to the Games, and has declared that if it’s a villain we want, she “ain’t gonna disappoint.”

Maggie fires a projectile that drills into obstacles and burns enemies through them, a very useful ability for forcing enemies out from behind cover.

Enemies Maggie has injured are highlighted for a brief amount of time, and she runs faster with a shotgun in hand, giving her one of the most unique and powerful passive ability sets in the game.

Another skill that comes from out-of-left-field is Maggie’s Wrecking Ball ability. When activated, it launches a comically-huge bomb that releases speed-boosting pads (a benefit to Maggie and her squad), but detonates when in range of enemies, damaging them.

Make sure to log in the first three weeks of the season so you snag all 10 of the free Apex Packs Respawn is giving Apex Legends players for its 3rd Anniversary Celebration Event, and stay tuned for the latest updates on Apex Legends Season 12: Defiance.