Trash with Ash? Give this a bash. 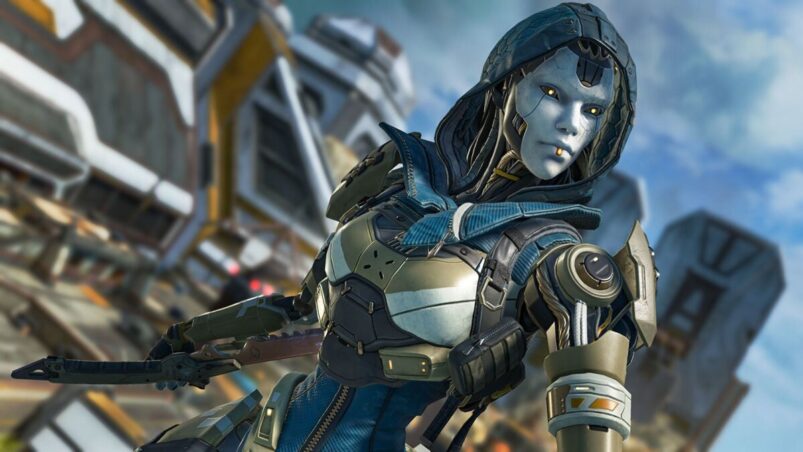 With the notorious Titanfall 2 villain, Ash, finally making her long-awaited debut as a playable character in Respawn’s Apex Legends, hype for the infamous robot is at an all-time high. When you run into Ash’s squad, you’ll be facing some stiff competition (mostly in the form of other fellow Ash mains), so it’s always best to be prepared.

If you’ve already encountered her in the ring, you know Ash talks some serious game. But all that trash-talking falls flat if you’re first blood. Whether you’re playing as Ash or just trying to survive an encounter with her abilities, this guide should be all you need to make a splash on Storm Point this season.

See your imperfections in your enemies — then crush them.

Both deadly and beautiful, Ash fights with the grace of Wraith and the merciless brutality of Revenant combined.

After infiltrating the group of scientists working to save the Outlands from an energy crisis, Dr. Ashleigh Reid betrayed her colleagues and, for reasons unknown, attempted to reroute the delivery of the Branthium to somewhere else. This attempt failed, however, when Wattson’s grandmother, Amelie Paquette, impaled Ash on her own sword, allowing the Branthium to successfully be distributed evenly among the Outlands. Bleeding out but still refusing to lay down and die, Ash gave consent for her consciousness to be transferred to a robotic body, and the rest, as they say, is history.

After spending some time watching the Legends from the shadows while running the Arenas games, Ash has finally stepped into the ring, and she’s already slicing through the competition with the kind of ruthless precision that would make Caustic proud.

Playing
Ash’s passive is, technically speaking, not really passive, but it is incredibly powerful.

While playing as the scary Simulacrum, you must actively ping deathboxes to mark any surviving members of an enemy team on your squad’s map. It’s not a complicated procedure, but it’s incredibly easy to forget to do this, especially in the heat of battle.

When approaching a death box, players will see a prompt that allows them to fling Ash’s data knife into the deathbox in question, revealing any living survivors on the same team as the unfortunate soul who left their metal coffin behind. Looking closely at the map, Ash can even see nearby deathboxes and how old they are, similar to Bloodhound’s passive ability to see how long ago enemies walked by.

Fighting
Once Ash has marked you for death, it’s already too late. Your only hope is to avoid this ability at all costs. You don’t have to be close to Ash (or even encounter her face-to-face) for her to hunt you down. She can analyze any deathbox on the battlefield, so even if you haven’t seen her yet, if you’ve died, there’s a chance that she’s seen you. The best way to avoid this? Don’t die.

When you’re down a teammate or two and you’re booking it towards a respawn beacon after a rough showdown with Ash, you quite literally have a target on your back, and any attempts to respawn your squad will set you up for an ambush. The best way to protect yourself from this ability is to treat Ash the same way you’d treat Lifeline in Arenas: immediately take her out of the picture as quickly and efficiently as possible. (If you encounter a team consisting of both Ash and Lifeline, equip some arc stars and pray for your life.)

Playing
While playing as Ash, you’ll find her arc snare tactical comes in handy quite frequently. Toss it in a doorway to keep enemies at bay and give yourself a few more seconds to pop off that shield cell or throw it at fleeing foes, stopping them in their tracks just long enough to nail that fatal headshot.

Fighting
Due to the bluish aura they give off, Arc Snares are easy to step around (though you may wish to watch your step in the more waterlogged areas of the map). What you really want to avoid is taking a direct hit from one. Arc Snares can be thrown just like other ordnance, and if you’re hit with one, you’ll be tethered to the ground and electrocuted. If Ash has you in her sights when this happens, it’s almost certainly lights out.

Playing
For disenfranchised former Wraith mains, Ash’s ultimate ability is a dream come true. Without having to wait for a delayed, clunky animation to play before opening a portal, Ash can use her sword to swiftly tear through time and space, leaving a one-way portal in her wake. This portal can be opened at a great distance. While practicing on the firing range, I was able to open a portal over 60m away.

Use Phase Breach to escape dangerous situations or bait enemy teams into following you through the void and straight into an ambush. The latter is an excellent tactic to use in Arenas. In Battle Royale mode, Phase Breach is a highly-effective way to escape a third-partying nightmare, transporting you and your squad safely though the void and out of harm’s way (as long as you watch your back once you get to the other side).

Ash can be quite intimidating, and she’s certainly a force to be reckoned with on the battlefield. But even robots make mistakes, and you can easily best her in combat (or use her abilities to your advantage) once you know what makes her tick. Whether you’re playing as the newest Legend or just trying to make it out of your next interaction with her alive, stick to this guide and you’ll be kicking Ash in no time.