Anthem (Xbox One) REVIEW – Stumbling Out Of The Blocks

Turns out 10 hours was enough for Ash. 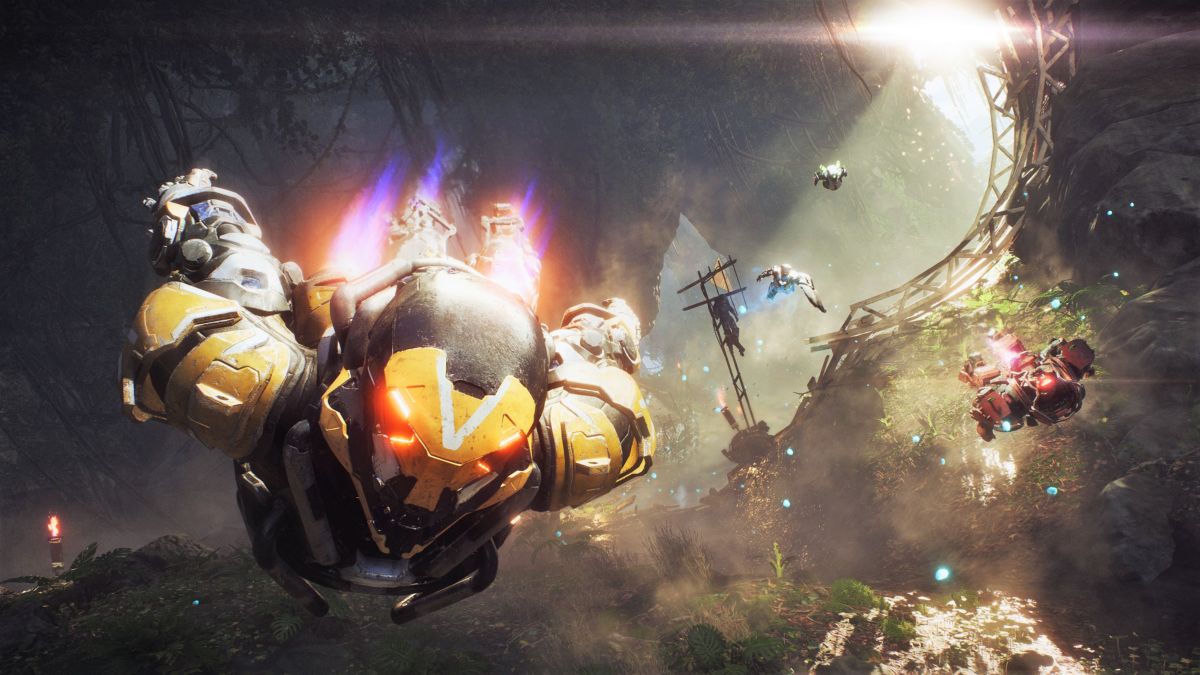 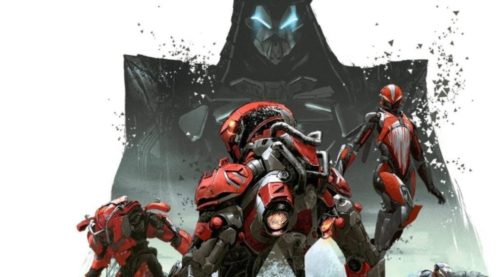 It’s not often that games get a second chance to make a good first impression, but Anthem has been given just that. After not quite gelling with the 10 hour trial, I was hopeful that the full game would somehow manage to turn it around eventually. No such luck, unfortunately.

Of course, the 10 hour trial meant I hadn’t seen everything that the “full game” had to offer. Even now, after dumping an additional 20 hours into the game, I haven’t seen everything Anthem will have to offer, because it’s a live service. Future patches and content updates will probably render half of what this review has to say irrelevant, if not more. However, as it stands right now, Anthem isn’t worth picking up.

The 10 hour trial left me enjoying the gunplay and the ability to fly, while finding fault with some of the mission design (Tomb of the Legionnaires is a notable example) and storyline. As time has gone on, the mission design and storyline don’t get much better, while the combat and flying only seem to become more monotonous with every mission.

It can feel like some of the guns don’t do enough damage, at least in comparison to some of the abilities you can get your hands on. The Storm javelin has an ability to launch a charged fireball that can insta-kill most low-tier enemies even on Hard difficulty. The charge only takes a second, and the ability also has a quick recharge rate, so why would you waste time trying to shoot your foe when you can hail fiery death from above? 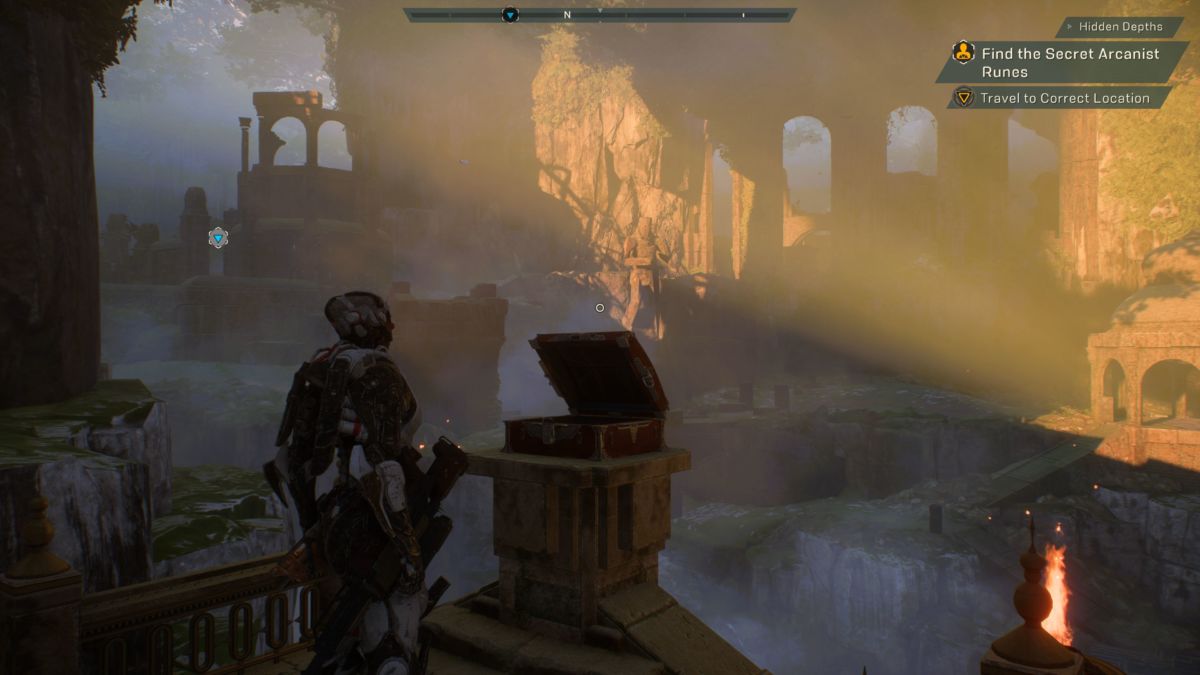 Meanwhile, the flying is only really useful to get to and from certain objectives quicker. You can hover in combat, but that’s only really useful for the Storm class as they can hover for longer without overheating, making the aerial portion of the gameplay feel incredibly pointless. Those waterfalls might be nice to look at as you’re flying over them, so it’s just a shame you’ll have to see them 200 times.

Even if the world of Bastion does look nice as you’re flying around it, half the time you won’t even get to experience it to its fullest as there’s an awfully intrusive teleport mechanic that warps players to the player closest to the objective after a certain amount of time, which sucks for three reasons.

Firstly, the world is filled with plants and mining spots that can be harvested for crafting materials, along with collectibles that add to the world’s lore and grant faction XP. Secondly, it causes another loading screen in a game already filled with long loading screens. Lastly, the teleport sometimes doesn’t work, leaving players trapped behind locked doors as the rest of the squad is forced to deal with the objective alone.

For the classes themselves, The Storm javelin is far and away the best, as it does incredible elemental damage, can easily set up combos (which the game still doesn’t tell you about) and boasts greater aerial capabilities than the other Javelins with its improved hovering passive. Unfortunately, everyone else seems to have realised that the Storm is the best so most expeditions have at least one other Storm user. So much for a balanced team composition. 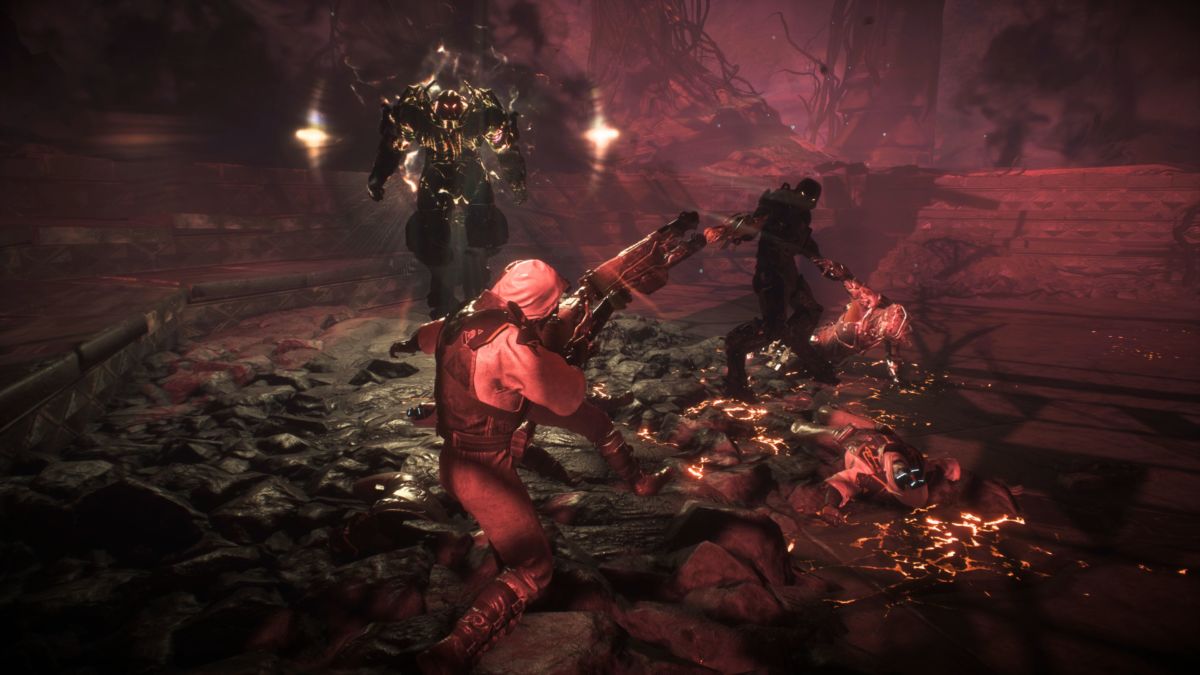 In fact, the Interceptor and Colossus also have their own unique uses, as the Interceptor’s focus on fast melee strikes and speed create the perfect assassin class while the Colossus’ HP and shield makes it ideal for harder missions. If anything, it feels like the Ranger is a little lost in the shuffle, surrounded by Javelins infinitely more useful than it. It’s a good starting class, sure, but the others are just much better.

The overall mission structure feels lousy, usually just consisting of “go here, kill or defend that, move on” until the mission ends and you go back to Fort Tarsis. Objectives feel don’t feel unique, with the same four or five appearing regardless of the mission. The only thing that changes is the radio chatter and inane banter you get in between fights.

Admittedly, repetitive objectives could be a complaint levied at most shooters, but there’s something about Anthem that’s particularly egregious, and part of that is the world of Bastion itself. Aside from the final mission, most of the world is just jungle with waterfalls filled with ancient ruins. Doing the same thing is usually fine if you get to see new locations, but Anthem doesn’t even manage to provide that.

If anything, it was the downtime in between missions, talking to the NPCs in Fort Tarsis that was the best part of the whole game. Bioware has had an incredible track record of creating massive sci-fi worlds with tonnes of lore while retaining an element of humanity, and Anthem is certainly no exception. 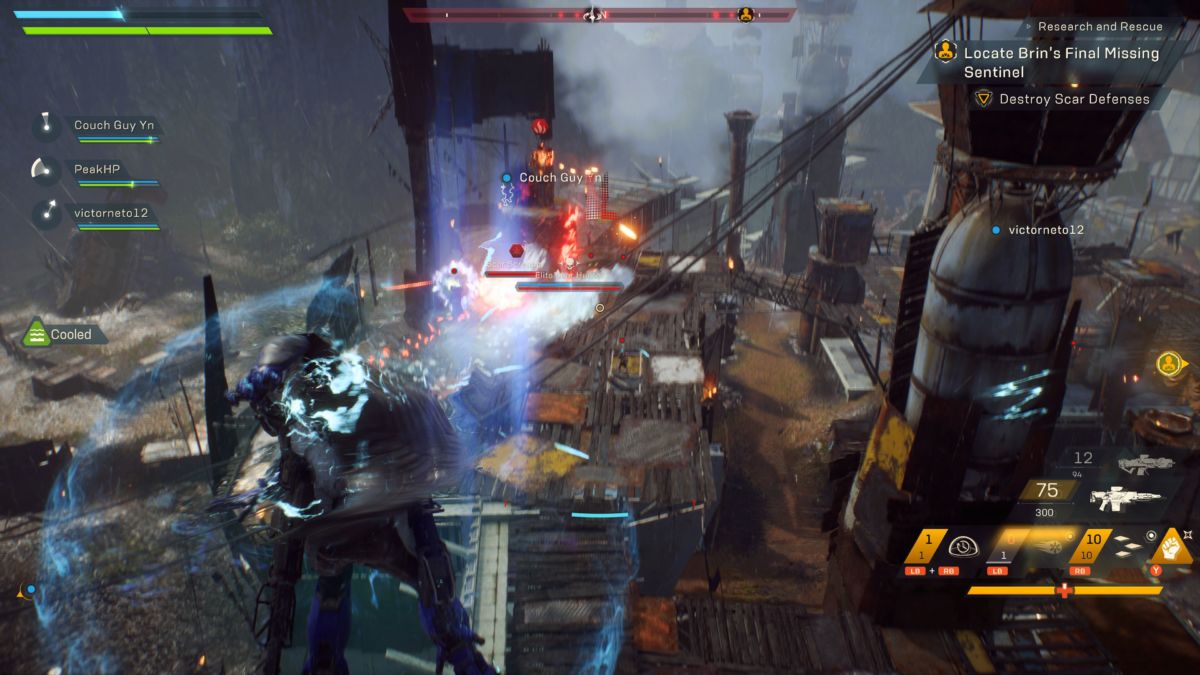 While the majority of the main characters and quest givers have their charm and likeability, it’s the side characters that have more compelling stories and motivations. The characters who aren’t as courageous or willing to pilot a Javelin headfirst into danger, but look after the Fort, repair Javelins and offer creature comforts to make life in the Fort more bearable.

Prospero, one of the characters who manages the customisation shop, is a great example. After discovering a fear of heights meant he couldn’t be a Freelancer, Prospero opened a shop dedicated to customising Javelins in order to ensure morale in the Fort and within the Freelancers remained high, at a time when faith in the Freelancers was at an all-time low.

Zoe, the Fort’s mechanic, tells you all about how she adds custom cushioning and lumbar support to the inside of certain Javelins, as a way of reminding pilots that they still have a home to come back to. It takes a village to holdfast in the face of Outlaws, Scars, monstrous hordes and ancient relics that could reduce everything to dust, and Anthem displays that brilliantly.

The writing unfortunately doesn’t extend to the main story. The Monitor, the main villain, is just some generic douchebag with machinations of wanting to rule the world. Well spoken, brooding and nothing we haven’t seen before or since, he makes only a couple of appearances before a final boss battle and that’s your lot.

One of your allies isn’t written much better, going through a sudden heel then face turn within the space of about an hour. Them betraying you isn’t a shock, as it becomes clear they’re being pushed to the sidelines in favour of other characters, but they also gets a pseudo-redemption before disappearing without facing any consequences. Still, that’ll probably get followed up on in a future content update. Did you forget this was a live service game?

Once the main quest is finished, there’s little in terms of original content to keep you coming back for more, but those qualms appear to be getting addressed with the current content roadmap planned for the next couple of months. Like I said, half of this review will be rendered irrelevant in the future.

There are currently three Strongholds in the game, which offer the most rewards, but they feel more like the equivalent of a strike in Destiny than a full blown Raid, meaning Anthem is lacking a truly challenging endgame objective all its own, though that void appears to be filled by the Cataclysms which are set to cap off Act 1 of Anthem’s future content. Still, one of the Strongholds is just a repeat of the final story mission, so content is currently a little threadbare.

As for what we have currently, the Grandmaster difficulties aren’t exactly revelatory. Enemies have more health and do more damage, and you get more rewards, but that’s it. It’s a boring way of tackling endgame content. The GM setting could have messed with enemy spawns, added new objectives or thrown in additional variables instead of boosting a slider. It just feels uninspired and like a waste of potential.

Anthem desperately needs something like the Nightfall strikes in Destiny; weekly missions with difficulty modifiers that actually change how the level is played, and with Weekly Stronghold Challenges coming soon as well, that’s another one to cross off the checklist. Live services strike again.

Anthem’s future updates also plan on tackling how the game handles social interaction with the introduction of guilds, but they also need to address the Launch Bay social space. Because you can’t accept most missions or talk to characters without going to Fort Tarsis, a separate, solo area, the Launch Bay just feels like a needless addition; tacked on by panicked developers who realised they didn’t have anything to offer in the social department.

Despite the lack of content, the core gameplay loop of “do missions, get loot, do harder missions, get better loot, repeat” is solid enough to attract those who have been pulled in by it before. If you like watching your numbers go up as you play, Anthem has that covered, though for now you might still be better served picking up the more complete Destiny 2: Forsaken for a fraction of the price, or just waiting until EA and Bioware add more to the game.

Anthem is just one of those games that make game reviewing somewhat bothersome, perhaps outdated in the traditional sense. It’s encouraging to know that the majority of the issues with Anthem will be addressed in due time, but reviews aren’t about potential, and games themselves shouldn’t be either. It’s all about the “finished product”, and right now Anthem’s feels anemic by comparison.

Verdict
Though the core gameplay loop of getting better loot will undoubtedly hook players in, Anthem currently doesn't offer enough original content to make the investment worth it.
5