Animal Crossing: New Horizons: What Does The Kotatsu Do? 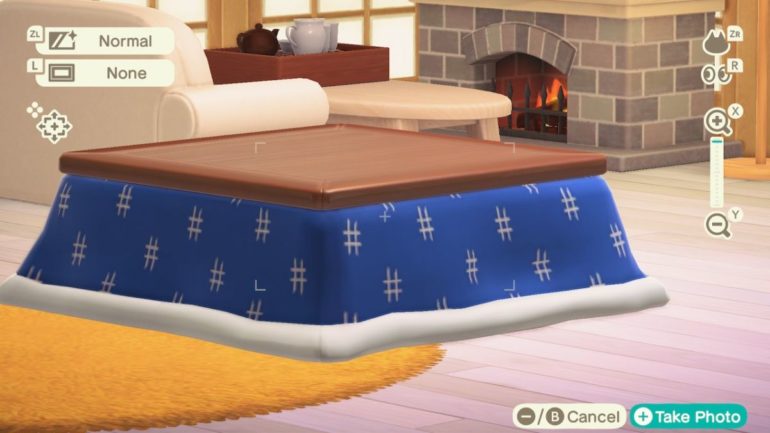 Animal Crossing: New Horizons has a whole lot of furniture, so much so that you could almost put together a recreation of you local furniture store on your very own island. Some furniture is more valuable than others, however, the Kotatsu being one of the most sought after pieces by New Horizons fans.

Heralding from Japan, the real-life Japanese counterpart of the Kotatsu is used sometimes as a bed frame, though its most common usage is as a tabletop. A blanket goes on top with an electric heater underneath providing plenty of warmth.

In Animal Crossing: New Horizons, the Kotatsu functions really as just a table, something for you to put things on top of, such as a laptop or kettle, and is largely ornamental as a result. If you’re going for a Japanese aesthetic, the Kotatsu can typically be found as the centrepiece of a room.

Once you have the Kotatsu in New Horizons, there’s not a whole bunch you can do with it. Chuck some plates on top of it if you’re going for the homey look for your house.

As for where to find the Kotatsu in New Horizons, it’s available as a random reward for helping out Wisp, by popping a balloon, or shaking a normal tree. We’ve yet to have the Kotatsu in our Nook’s Cranny daily items or even heard of it appearing, though don’t rule out the possibility.

If you want to sell the furniture at Nook’s Cranny, though, the Kotatsu goes for a decent 925 Bells.

If you’re having no luck tracking the Kotatsu down in New Horizons (we have played for 250 hours and only just received our first one), don’t forget to ask your friends or use an community site like Nookazon to help you out. You can also help others out after acquiring it by ordering it again from Nook Shopping.

Animal Crossing: New Horizons, which is out now exclusively for Switch, is a great way to become a home deco snob. From our review: