Troy and Epic in the morning! 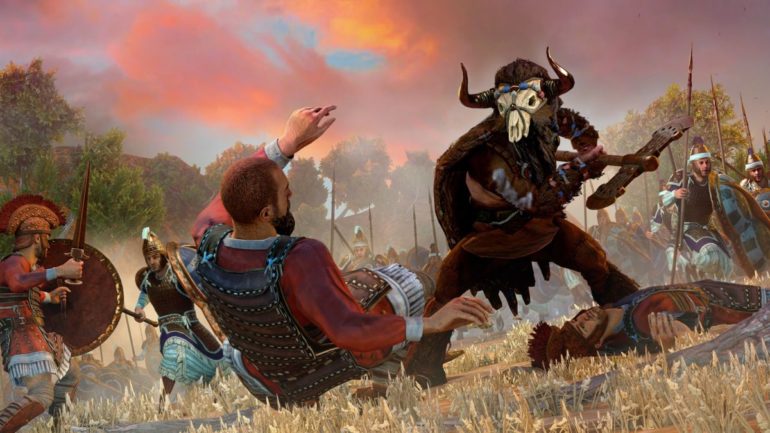 SEGA has announced that A Total War Saga: Troy will now be launching as an Epic Games Store timed exclusive, with a release date penciled for August 13th, 2020. On top of that, players will be able to claim Troy on the Epic Games Store for the first 24 hours after launch, making it free to keep for anyone who downloads.

As a timed-exclusive, A Total War Saga: Troy will be available on other PC storefronts from August 2021, including Steam, which is pretty much standard for EGS timed-exclusivity deals. A representative from SEGA clarified in an email that the game wasn’t available to pre-order on Steam in the first place, so at least no money has changed hands, unlike the Shenmue 3 debacle. Plus, it’s free to keep for the first 24 hours, which is great news for fans of the Total War series.

Tim Heaton, Chief Studios Officer at Sega Europe, said the following in a press release: “Thanks to Epic, we’re able to offer a Total War title for free on its launch day. It’s a hugely exciting thing for us to be able to do for our players. Not only does this mean that we can bring the tales and legends of TROY to a wide audience through Epic’s massive platform, but it also means new players will get to try Total War for the first time, experiencing the unique gameplay that the series is famous for.”

A Total War Saga: Troy takes the Total War series’ famous blend of turn-based strategy and real-time battles and applies it to Trojan War, with players able to control legendary heroes such as Achilles as they try to defend the city of Troy. Or destroy it. It depends on whichever you prefer. Will you be claiming Troy on the Epic Games Store? Sound off in the comments.