"An alternatively funny and moving experience, it evokes Chekhov’s Three Sisters in both name and tragic-comic theme." 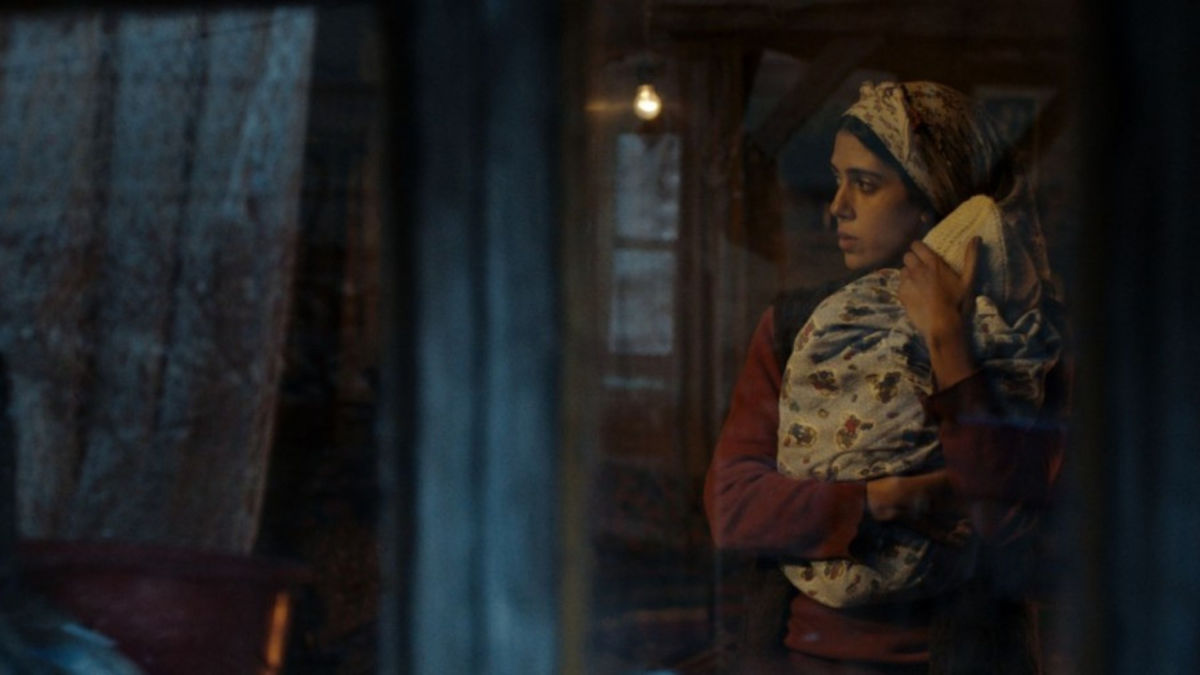 The spirit of Anton Chekhov is alive and well in A Tale of Three Sisters, a study in small-town stasis characterised by beautiful scenery and winning dialogue. Possessing the feel of a fairy tale, it pointedly criticises the lack of hope for people living in tiny villages in the mountains of Central Anatolia. While it takes a little while to get going, its warmth, clever observations and bitterly ironic tone give it a truly timeless vibe.

The three sisters are Reyhan (Cemre Ebüzziya), Nurhan (Ece Yüksel) and Havva (Helin Kandemir) — all referred to as “ungrateful” by their father Şevket (Müfit Kayacan). Reyhan once worked as a housemaid for the local doctor, Mr Necati (Kubilay Tunçer) before getting unexpectedly pregnant. Nurhan has just returned from the same occupation after beating Necati’s son for wetting the bed. The youngest, the 13-year-old Havva, has been earmarked to work for Necati next. None of them have been formally educated. Women are expected to marry or become domestic servants.

As a gesture of goodwill, Necati returns from town to their village in order to make amends. He is treated as something of a deal-maker by the poor village folk, with Şevket in particular constantly currying his favour. He even goes so far as to suggest Necati should’ve beaten his own daughter to teach her a lesson. They drink raki on the side of a cliff, a haunting symbol of how precarious the line can be between a good time and a dangerous one. Then when Nurhan’s husband, the local fool, interrupts their drinking session to ask for a job in town, A Tale of Three Sisters moves beyond ethnographic study into a subtle meditation on the limits of rural life.

It’s a slow film which sustains its interest thanks to the brilliance of the dialogue. Filled with anecdotes, folk tales, allusions to God and creative insults, its reminiscent of the films of Nuri Bilge Ceylan. What’s most familiar to patrons of Turkish cinema is how an innocuous conversation can somehow turn into a fight, with one elongated apology cleverly curdling into a crucial confrontation. Writer-director Emin Alper is also particularly interested in women’s interior lives, his winning dialogue between the three sisters showing off their dreams and desires without ever needing to judge. An alternatively funny and moving experience, it evokes Chekhov’s Three Sisters in both name and tragic-comic theme.

A film full of declarative statements and monologues in close-up, it could’ve easily worked as a play. Thankfully, the cinematography, often cutting to gorgeous wide shots, allows us to see how these characters are a product of their environment. Lurking on the outskirts of this farming village are unspecified bandits, oral reports telling of how they kill shepherds in the area. Meanwhile, the mine has been more or less destroyed, giving the locals little opportunity to make something of themselves. Yet by filling the film with life and humour, Alper finds the hope without the need for sentimentality. At one point, Şevket asks his daughters: “Did you hear the story about the three ungrateful sisters?” We never hear the end, but we really don’t need to: we’ve already been treated to an immensely enjoyable tale.