A Song with Teeth: A Beautiful Marriage of LGBT Fiction and Historical Fantasy

A breath of fresh air. 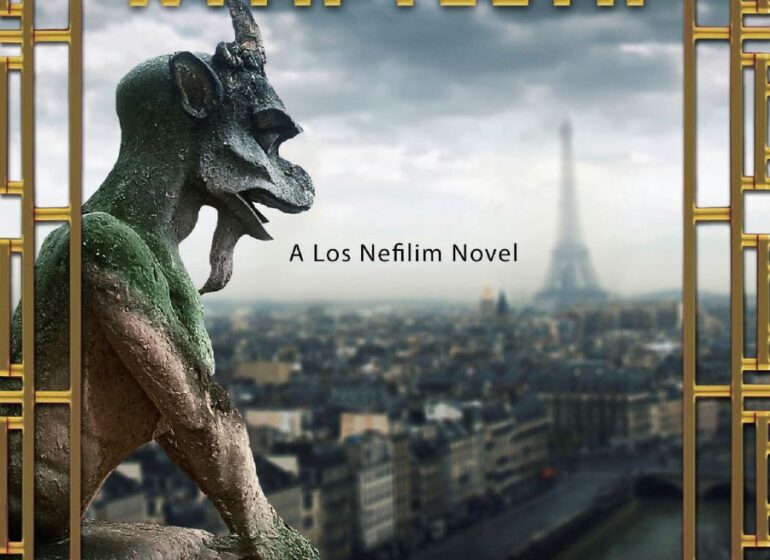 A Song With Teeth

Urban fantasy has received a lot of acclaim as a sub-genre of contemporary literature. Series like The Mortal Instruments are some of the more popular book titles in modern publishing. However, while some urban fantasy stories may have elements of LGBT representation, historical fantasy with gay characters are much more of a rarity. So, when I got to review the conclusion to the Los Nefilim series by T. Frohock, A Song With Teeth, it felt like a much-needed breath of fresh air.

Published by Harper Voyager, the story of the Los Nefilim series follows a group of beings known as the Nephilim. Each of the books follows a separate event in the conflict of these supernatural soldiers of angels and daimons. In A Song With Teeth, the majority of the story’s events take place in January of 1944. As the Allied forces set their plans in motion to take the fight to France, so too do the Los Nefilim – a Spanish division of the Nephilim under the angel led Inner Guard – work to stop an uprising of daimon in Paris.

The first thing to note about the Los Nefilim series is that they are a series of stand-alone books. Although there are themes and characters that do regularly pop up throughout the series, A Song With Teeth was easy enough to jump into without feeling confused.

Another thing is all the influences that Frohock draws together to make her truly unique story. There’s of course the obvious elements of history and fantasy – the protagonists and antagonists of the book interact with WW2 figures of note, one of my personal favourites being Claus Von Stauffenberg, a German officer who famously attempted to assassinate Hitler. The second is the fantasy aspect – the Nephilim use song to manifest their powers in different ways, which feels very reminiscent to the songs of power that occur in the writings of Tolkien. The characters themselves feel like they were plucked from the Highlander franchise, as they are similar in the fact that they are near immortal figures who adopt different personages throughout human history.

If Frohock has just left it at that, then she would’ve already had a very interesting piece of fiction. However, some of the heroes and villains in her story are homosexual, and their sexuality affects them in different ways throughout. In the opening chapters, one of the gay characters is taken to a Nazi labour camp, noting that “if the Germans find I’m homosexual, my fate will be no better [than the Jewish prisoners.]” Even the more ‘fortunate’ LGBT characters still have to keep their love a secret from general society, though their comrades accept them. There’s also strong female characters who rebel against their gender expected roles in society at the time, like Ysabel, the heir to the Los Nefilim throne.

Women are expected to be demure and quiet. We’re to patiently await the attention of men. That is what it means to be a woman, and I’ve no use for masculine perceptions of femininity.

However, all these elements mean nothing without a good story and writing. It’s not easy to incorporate the contrasts of love and war, and thankfully, Frohock does have a strong writing style which makes the novel an entrancing read with many nuances to enjoy about it. There are accounts of abuse both on the individual and societal level throughout this book which are handled with the care and respect they deserve. The romance between the main characters Diago and Miquel feels like the most realistic aspect of this fiction, and even though it is a dark story that deals with one of the most horribly violent and disturbing periods in history, there is still some room for comedy here and there to alleviate the reader.

Parisians might forget a face, but they never forget a bad outfit.

A Song with Teeth is truly an unforgettable read. In a time where stories can often at times feel formulaic, this novel dares to be different and wears it with pride. It’s definitely one of the strongest books to be released so far in 2021, and I cannot recommend this novel enough.