6 Weirdest Wrestling Games Ever Made 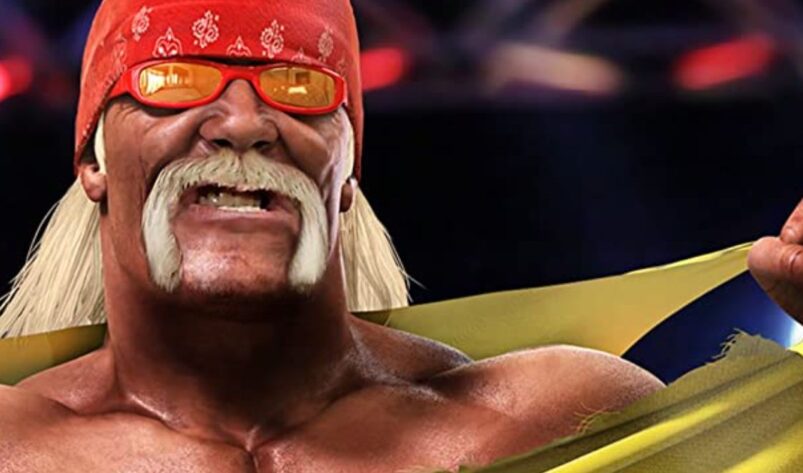 For as weird as professional wrestling is (and make no mistake, it’s pretty flippin’ weird), video games based on it have been pretty straight-forward. The majority of titles – from the classic Pro Wrestling on the NES all the way up to the latest WWE 2K game – have been straight-up simulations of what’s presented on TV and in the arenas. They’ve pretty much been what you’d expect.

Think of it like this: No Holds Barred starring Hulk Hogan is a movie about pro wrestling. It’s not necessarily a good movie about pro wrestling, but it certainly fits the description. It’s also safe to say it’s a pretty standard movie in general. If No Holds Barred was a film made from the point of view of a turnbuckle, or if it went all From Dusk ‘Till Dawn on us and totally switched genres on us then, yeah, that would be weird. The same goes for pro wrestling video games.

But, like any other genre of, well, anything, you’re going to get some weird ones. So, we’ve dug up a list of some video games based on sports entertainment that are, at the minimum, just a little off. These games aren’t necessarily bad – though most of them are, let’s not kid ourselves – but they all have something that makes them, well, weird.

Let’s start with a classic that seems perfectly normal (for a wrestling video game, anyway) right up until the very end.

Super Fire Pro Wrestling Special was written and directed by Goichi Suda, AKA Suda51: the man who brought us Killer7, Lollipop Chainsaw, and the No More Heroes games. In fact, it was his second directorial effort ever, so if that doesn’t clue you in as to why this game is on this list, strap in.

Super Fire Pro Wrestling Special, from the outset, wasn’t all that dissimilar from the games in the series that came before it. It had the same gameplay and graphical style. It had the same mixture of actual Japanese pro wrestlers the company had licensed the likenesses of and “original” wrestlers that were basically The Road Warrior but with different names (“What are Eagle and Creature doing in the Impact Zone?!”). Most importantly, it was good. Even today, it still holds up.

Then you get to the end of career mode. Players begin their career as a rookie (as most are wont to do when they start a new career), and over the course of their career, numerous tragedies befall them. Both your coach and your best friend are killed, seemingly by your own hands. Your girlfriend leaves you right before your match against World Champion Dick Slender (who is essentially Ric Flair, who I imagine wouldn’t take kindly to being called “Dick Slender” for reasons you can probably imagine) and then it turns out that Mr. Slender was responsible for all of it.

Thankfully, your character prevails and you become the new World Heavyweight Champion.

And then a few days later, you shoot yourself in the head. No, seriously, that happens. That’s how the game ends.

Imagine an alternate reality where Vince McMahon and WWE became so successful and powerful, that they literally owned every TV channel in the world. What do you suppose McMahon would do with that power?

If WWE Crush Hour is to believed, it would be to create a show where WWE stars attempt to murder each other in Twisted Metal-style vehicular combat. Which, to be fair, does kind of sound like something he’d do.

Crush Hour features 23 WWE Superstars, circa-early 2000s, and their weaponized cars and trucks. You can drive as The Rock, Stone Cold Steve Austin, Rob Van Dam, Trish Stratus and, ironically, Jeff Hardy – just to name a few. There are also nine other cars to unlock, including Vince McMahon himself.

As a Twisted Metal clone, it’s fine. The game’s graphics are a little ugly, but it controls well enough. It also features a ton of voice work from the wrestlers themselves, including commentary by Jim Ross. Just the fact that this was actually conceived, much less made, is bizarre as hell, though.

WWE Hall of Famer and one-time pirate cosplayer Hulk Hogan has, quite possibly, been featured in more video games than any other wrestler ever. On top of being in nearly every WWF/WWE and WCW game, he was also the cover star of all three Legends of Wrestling games. Not to mention all of those Fire Pro Wrestling knock-off versions of him, as well. So, it’s no surprise that he’s even got a game all to himself. Unfortunately.

Hulk Hogan’s Main Event was the first and (thankfully) only pro wrestling video game to make use of Microsoft’s Xbox Kinect accessory. That alone should tell you of the kind of quality we’re talking about here.

The game involves players creating their own wrestler and taking on the game’s cast of original wrestlers as Hogan’s “protege.” Moves are performed by physically imitating the movements of the Hulkster in the bottom right corner of the screen. So, essentially, it’s a game full of Quick Time Events, except way more obnoxious.

There’s really nothing redeeming about this game – it’s not fun or interesting, and it’s not even bad in that “so bad it’s good” kind of way. But it certainly is weird.

Back in the 1990s, there was a show called Rollergames. It was roller derby, but it also tried to incorporate elements of pro wrestling.

So, why are we bringing it up? Well, in 1990, Konami (under their Ultra Games label) released an NES game based on the show, a game that actually had nothing to do with roller derby whatsoever – other than the fact that the playable characters wore roller skates. Instead, it was a side scrolling beat-’em-up, confusing fans of the franchise who were hoping to recreate the same bouts featured on the short-lived show.

Well, in 2001, THQ attempted to do the same thing with their WWF license. WWF Betrayal, the final wrestling game released on the Game Boy platform, wasn’t your usual wrestling game. It was pretty much like the Rollergames game we just talked about.

Here, players took control of The Rock, Stone Cold Steve Austin, Triple H or, ironically, The Undertaker. Why “ironically”? Well, Betrayal was based on an actual WWF storyline at the time involving the kidnapping of Stephanie McMahon, which involved The Undertaker. The fact that he’s a protagonist in this game just makes it extra weird.

WWF Betrayal is quite possibly the first example of a game featuring WWF/WWE stars that wasn’t a straight-up wrestling game. Considering how it turned out, it’s shocking that WWE Crush Hour was ever made later on.

It’s interesting that the quality of WCW video games sort of corresponds with the quality of the promotion. 1990 saw the release of WCW: World Championship Wrestling, containing the likes of The Road Warriors, Sting, Lex Luger, and Kevin Sullivan (not me). It was a localization of a previously released wrestling game from Japan, which is probably why it was better than expected.

WCW games wouldn’t become decent again, unfortunately, until the Nintendo 64 was launched. That was the system where we all got to play WCW vs nWo: World Tour and WCW/NWO Revenge – two legitimate pro wrestling game classics. Plus, they came out right as the promotion was at its peak.

Eventually, the rights to the WCW brand moved from THQ to EA, which meant the AKI Corporation were no longer involved, either. EA’s first WCW title, WCW Mayhem was, well, not terrible. That wouldn’t be the case for their next game.

WCW Backstage Assault has the distinction of being the first pro wrestling game that’s actually based on pro wrestling that doesn’t take place in a pro wrestling ring. Every match/bout/fight/whatever you want to call them takes place, well, backstage. Be it a garage, an office, whatever – none of it happens in the context of a normal wrestling match.

Now, this isn’t to say that, as a concept, WCW Backstage Assault could have worked. It didn’t, but it could have. But, overall, this was just a weird way to go considering the business at the time. Going for something that experimental during that period of the Monday Night Wars, EA and WCW really needed to deliver.

The Simpsons franchise is no stranger to terrible games. The Simpsons Skateboarding came out around the same time and, while not good, at least made sense in the context of the show. Bart Simpson had been established early on as a skateboarding enthusiast in the show’s narrative, so it’s not like this came out of nowhere.

But, Simpsons Wrestling? Imagine if they took Tony Hawk and, instead of a skateboarding game, they had him fighting aliens in a mech. Yeah, that sounds kind of awesome, but it’s also weird.

Simpsons Wrestling took all of your favorite characters from the show and had them “wrestle” in a ring in the middle of Springfield. In fact, it was more of a brawler, as none of the characters actually performed any wrestling moves.

This could all be forgiven if this was a well made game but, well, it wasn’t. In fact, it’s commonly considered one of the worst games ever made. Good or bad, though, it’s without a doubt the weirdest wrestling game ever.