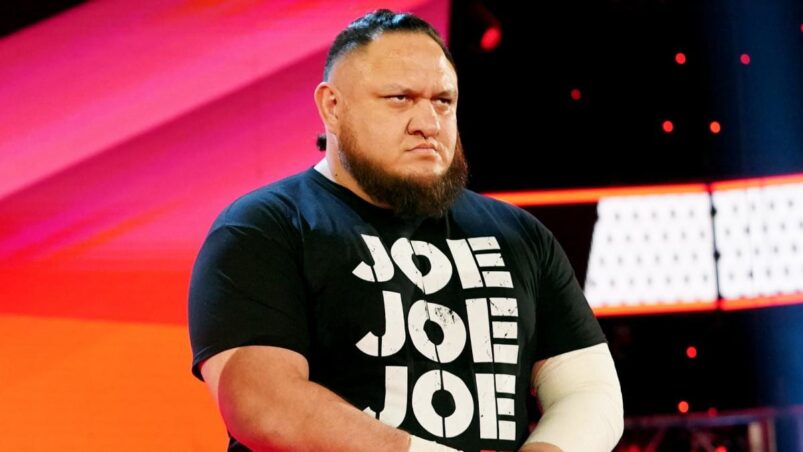 Unfortunately, the first ever 3-time NXT Champion, Samoa Joe, has had to vacate the championship due to a sustained injury. This has come only a few short weeks after Joe defeated Karrion Kross at TakeOver: 36 in his return match, which seemed a little slower paced than his usual hard-hitting affairs. Some have began to question whether or not ‘The Samoan Submission Machine’ was truly ready to return to the squared circle, I guess only time will tell as to whether he is once again cleared by WWE doctors.

In the meantime, a revamped NXT needs a new champion to lead them into the next era, with Vince McMahon and Bruce Pritchard overseeing things at the helm. NXT was left with a plethora of new challengers stepping up to the plate to face Samoa Joe, and with also a few more big names in the wings, let’s run down the top 5 NXT superstars who should succeed Samoa Joe.

The name that’s been on everyone’s mind since he was dethroned by Ilja Dragunov at TakeOver: 36 is NXT UK’s WALTER. Much speculation has been posed about ‘The Ring Generals’ future in NXT, whether or not he’d be willing to travel overseas to regularly compete for the US branch of NXT and just how much value WWE are placing on the big Austrian. All answers seem to point towards WALTER eventually being given a huge run in NXT, so what better time than the present?

Unfortunately, this does mean we won’t get to see the highly-requested dream match of WALTER vs Samoa Joe, but nevertheless, it would be great to see WALTER reclaim some gold and sport that glorious NXT Championship. WALTER has proven that he can be more than just a dominating champion, almost every match he’s in is showered with praise from fans and wrestling critics alike, so he’s very much the kind of wrestler you want leading your locker room during a slump period.

WALTER could easily break headlines and shake up the entire landscape of NXT by showing up on the new, vibrant version of the show this Tuesday, let alone if he then goes on to claim the vacant title.

A relative newcomer to the NXT roster but also a superstar that seems destined for the spotlight upon arrival, the now former Million Dollar Champion, LA Knight, has made himself one of the brand’s top heels within the space of a few months. LA Knight has the charisma, the look and the swagger of a champion, and with him involved in the mix of challengers to the NXT Championship, it would shock me if he wasn’t at least considered to be the one to pick up the vacant title.

LA Knight has the potential to be a huge star for WWE as a whole, and could easily be the first decent call-up in many years, depending on how they protect him as a champion going forward. I’d love for LA to be given a lengthy, chicken-shit run with the NXT Championship, managing to escape the clutches of NXT’s best while riling up the audiences more and more at every show.

Knight is more than just a gimmick guy, he’s a champion in the making.

Another huge talent for NXT is none other than ‘The Bruiserweight’ Pete Dunne. A former United Kingdom Champion who put NXT UK on the map, Dunne has been a huge asset to NXT for over four years. It’s about time that the Brummy is given his due credit and rewarded with a NXT Championship win.

Dunne has flirted with the main event scene for the best part of a year now, being a part of this unlikely faction with Pat McAfee, Ridge Holland, Oney Lorcan and Danny Burch, a heel stable that has yet to really get off the ground running. However an NXT Championship win could be exactly what the booker ordered for these guys, letting Dunne look like a true superstar by going over some of the best NXT has to offer and being the one to follow-up Samoa Joe.

Again, it’s a real shame that we won’t get to see Dunne mix it up with Joe in-ring, but you can be damn sure that if anyone was going to fill Joe’s boots, it’d be a guy like Pete Dunne.

An unlikely one here, but someone that I personally believe should receive a little more praise than he’s getting is Legado Del Fantasma’s own, Santos Escobar. The former Cruiserweight Champion absolutely killed it during his run with the title, putting on instant classics with ‘Swerve’ Scott, KUSHIDA and Jordan Devlin. The guy has limitless talent and is just waiting for the moment to ascend into the next level of his career, now could definitely be the time for Escobar.

Legado have been embroiled in a heated feud against Hit Row, but things seem to be dying down in their feud and presumably a North American title match between the two leaders is set to take place somewhen in the near future. But I say let’s just float over that and allow Escobar the biggest win of his career so far and shock the world by capturing the vacant NXT Championship.

WWE want a new Hispanic star, well I don’t see anyone more deserving of that rub than Santos Escobar. Much like LA Knight, the guy carries himself like a true superstar and has more than earned his keep on the rosters of NXT and 205 Live. Time for some fresh blood in the NXT title picture.

The feel good opinion for NXT would be to put the championship on the aspiring babyface, Kyle O’Reilly, who has just come off the biggest win of his career against Adam Cole in the Undisputed Finale. The former NXT Tag Team Champion seems primed and ready for a run at the NXT title, but knowing typical booking tropes, would probably be kept far out of reach for another few months due to shenanigans. Considering that Joe had to relinquish the title on a bit of a downer, perhaps now is the best time for the fresh-faced O’Reilly to swoop in and cheer everyone up with a big win?

Seeing as his former running buddy Adam Cole is now All Elite, a revamped NXT would look pretty interesting with arguably the second most popular UE member on top of the card with the NXT Championship. I’d love to see just how far NXT could take O’Reilly has a future babyface prospect for the main roster, he’s already getting this Daniel Bryan-esque vibe, with the crowds getting behind him as the perennial underdog, so why not rally them even more with him as champion?

Just imagine the grap-fests he could have against the likes of Pete Dunne, WALTER, Johnny Gargano and even former Tag partner, Roderick Strong. The NXT Championship scene would have a bright future with this man at the helm.

READ NEXT: Should Kevin Owens Go To AEW?