Should Kevin Owens Go To AEW? 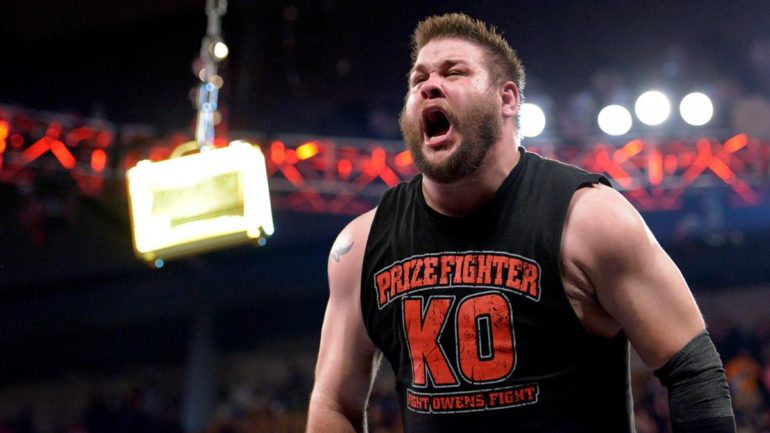 So it seems that yet another WWE superstar’s contract is reaching its expiry date, and once more the questions float as to whether or not that superstar will resign for another fixed term, or whether it’s time to jump ship to greener pastures. This time, the superstar in question is none other than the former WWE Universal Champion, Kevin Owens, a wrestler that has been a hit sensation on the main roster since debuting in 2015.

Owens has been used well but sparingly, with his last major feud being against ‘The Tribal Chief’ Roman Reigns earlier this year. Since then however, Owens has been just another guy on the SmackDown roster, now feuding with ‘Happy’ Corbin and Logan Paul, a serious step down from what KO is best known for. So what’s next for Owens, now that his due date is looming?

Well, those of astute minds would have noticed a subtle hint from Owens’ social media, hinting of a potential reunion with the Mount Rushmore of PWG, Adam Cole and The Young Bucks, all three who are currently performing for All Elite Wrestling.

There’s no real surprise that Owens’ mind is immediately drawn towards AEW; a promotion that has skyrocketed in popularity since the arrivals of CM Punk, Bryan Danielson and the massive success of All Out. Before signing to WWE, Owens was a major star on the global independent circuit, best known for his longstanding feud with El Generico in PWG and ROH. There’s no doubt that the execs behind AEW would want to see their former colleague sign to their company, not only to give him the job satisfaction that they’re enjoying but also to tick off a few more dream matches that Kevin Steen never quite got around to.

Fans would likewise love to see a return to former glory from KO, getting to see a more violent and creative version of ‘The Prizefighter’ we’ve seen over the last 6 years. I for one would love to see Kevin Steen and El Generico do battle together once more against The Young Bucks, or see Steen go it alone and challenge the likes of Kenny Omega, Cody Rhodes and even CM Punk down the line. There’s some great potential for fresh matches too: just thinking of what Steen could put together with wrestlers like Darby Allin, Lance Archer and even rematches against former WWE rivals Chris Jericho and Jon Moxley gets me very excited for the near future.

Of course, Owens being a family man could always opt to stay put in WWE, and considering the sheer amount of money that Vince McMahon is willing to throw at superstars such as Daniel Bryan and Adam Cole, who have both confirmed that they were offered million-dollar contracts before ultimately choosing to sign with AEW, I don’t think anyone would begrudge Owens for following the money.

There’s still a lot for KO to accomplish in WWE, and there’s no doubt that Triple H especially would fight as hard as he can to ensure that Owens is kept on board, much like he has done previously with Samoa Joe by offering him a place in NXT. Owens could also make the same transition back to the black and gold brand, although now that Vince McMahon and Bruce Pritchard are sinking their claws into the NXT brand, moulding it into something in their own image, it may or may not be the same NXT that Kevin Owens once excelled in upon his arrival.

At the end of it all, it’s about where a wrestler is happiest to perform, and what sort of environment they wish to be a part of. AEW has proven to many wrestlers, young and old, that the culture they’re aspiring for is more conducive to the progression of the industry as a whole, and so far has proven to be a huge success. Wherever Kevin Owens, or Kevin Steen, ends up performing when January comes around, fans across the world should be happy that there’s never been so much opportunity for a professional wrestler to be a success and enjoy the spotlight.

READ NEXT: What’s Next For CM Punk In AEW?