5 Matches That Need To Happen At NXT UK: TakeOver Dublin

May the road rise up to meet these superstars as NXT UK heads to Dublin. 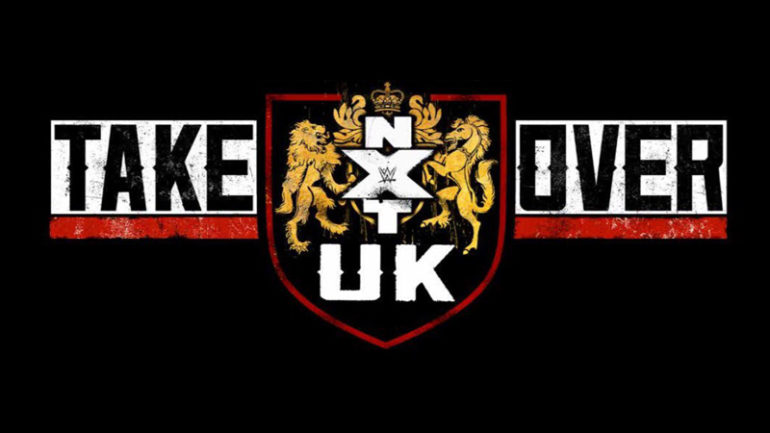 NXT UK announced the next episode of their TakeOver series this past Sunday in Portland. NXT UK are set to deliver a post-Mania season showcase on April 28th, hailing from Dublin, Ireland for the first time in the brand’s short history.

Ireland has had its fair share of exports make it in WWE as of late, most notably the likes of Finn Balor, Becky Lynch and Jordan Devlin who are all performing in the primes of their WWE career as part of either NXT or the main roster. It’s only natural that WWE rewards them by bringing their UK ambassador brand to Dublin for a huge TakeOver event.

NXT UK has been on fire since claiming victory at the Worlds Collide event. WALTER’s Imperium stood tall over The Undisputed Era and fellow NXT UK talent all managed to win over the crowd in what was some of their first exposure to the American audience. All eyes will be on Dublin come the end of April, but the question is, who will be featured on the TakeOver card?

We’re going to run down 5 matches that need to happen at NXT UK: TakeOver Dublin, from major championship bouts to some hometown hero exhibitions. Make sure you drop your own fantasy card in the comments section below.

WALTER has racked up quite the list of wins since capturing the NXT UK Championship last year. As he approaches the 365 mark, it’s time for NXT UK to bring out the big guns to try and dethrone the big Austrian. With WALTER already dispatching of Pete Dunne and Tyler Bate, it’s high-time that ‘The Don’ of British Strong Style gets a chance at taking home the title which he helped establish.

Trent Seven recently won the feud with ‘The Pride of Wales’ Eddie Dennis, putting him at the higher end of the NXT UK hierarchy and poising him nicely for a shot at WALTER’s title. Seven is one of the hardest-hitters and burliest brawlers on the UK roster, which would make for a really fun title match against the ‘The Austrian Anomaly’.

Trent might not be the guy to dethrone WALTER for the NXT UK title, but it’ll make for a raucous ‘Trent Seven Army’ fully in support of the challenger and a well-earned main event for Trent on a TakeOver card.

NXT UK’s tag team division is packed full of impressive tandems, with Gallus’ Mark Coffey and Wolfgang currently seated on top with the title belts. The gang feud between the Scotsman and Imperium is still simmering on NXT UK TV, it’s about time we have a definitive end with a Tag Title match at NXT UK: TakeOver Dublin.

Much like The Undisputed Era, Imperium wouldn’t exactly look out of place with all the belts around their waists. The team of Marcel Barthel and Fabian Aichnner are very capable superstars to usurp Gallus, having put on some incredible matches as part of the 2020 Dusty Rhodes Tag Classic, earning them the right to take home the NXT UK Tag Titles.

With Timothy Thatcher also in the wings for an eventual NXT debut, perhaps he could become the X-factor leading to Imperium’s big win in Dublin?

If anyone’s going to find themselves in favour with the Dublin crowd, it’ll be the new NXT Cruiserweight Champion Jordan Devlin. ‘The Irish Ace’ shocked the world by picking up a huge win at Worlds Collide, finally establishing him as a marketable star for WWE, as he now competes on NXT as well as 205 Live. Devlin is about to have a massive homecoming party to the UK brand with the new Cruiserweight belt in tow.

A title defence in his home country is surely on the cards for TakeOver, but who exactly could challenge ‘The Irish Ace’? Well none other than one of the hottest new cruiserweights on the scene; A-Kid. A-Kid has been darting about the NXT UK roster, making the most of his debut period by putting on excellent matches with the likes of Tyler Bate and Joseph Connors. With the Cruiserweight title now in contention on NXT UK, it would make for a great stepping stone for A-Kid to make him a future star.

I don’t see the Spaniard, or whoever happens to challenge Devlin, walking away with the title. Devlin is going to be the certified babyface heading into this match, and will also likely put on a match of the night candidate. A-Kid can take the loss in Dublin, big things lie ahead for him in NXT UK.

The NXT UK Women’s Championship is currently defended by Kay Lee Ray, who has just come off of a big title defence against Toni Storm in the first ever ‘I Quit’ match in NXT UK history. Piper Niven has been biding her time for a one-on-one shot at the Women’s title, what better time to finally give her the deserved opportunity than the next TakeOver event.

Piper Niven is arguably the biggest female star outside of the champ herself and previous Mae Young Classic winner Toni Storm, so she’s a natural choice to become the next NXT UK Women’s Champion. Niven is ready to take the next step in her career and solidify herself as a mainstream attraction.

The match itself could be a lot of fun, drawing on the ‘former best friends’ angle that was touched upon during the build to TakeOver: Blackpool II.

NXT UK’s resident ‘Match of the Night’ factory is seemingly left without a feud heading into Dublin. Tyler Bate is one of their headline attractions, so it’s natural to think that he might find himself on the card somehow. Bate can be relied upon to deliver an impeccable match with anyone he steps into the ring with on the big stage, meaning whoever does indeed challenge the younger of Moustache Mountain, they’ll most likely come away looking like an absolute star.

Ilja Dragunov is currently scratching the surface of a main event run in NXT UK, a potential future contender for WALTER’s NXT UK Championship. However, Dragnuov is still struggling to fully establish himself as a main-eventer, therefore a big match is needed in Dublin to help propel him into the next stage of his career.

Dragunov and Bate are both vying for an opportunity at WALTER, making this the perfect chance for a number one contenders match in Dublin. This could definitely end up stealing the show, both babyfaces with a very similar style of strong strikes and intense mat wrestling, this is the perfect showdown of British and European strong style.