Home
Sport
You’re the One for Me, WWE
Sport
·2 min read

You’re the One for Me, WWE

Sofia Farelli makes the case for wrestling against those who deride it.

If you’re a fan of House of Cards, you’ll be aware there is an absolute bombshell thrown at you in the first episode of season 2 (I know the title says this post is about WWE, stick with me) Speak to anyone who hasn’t watched it and has no intention of doing so I’m sure you’d find they would agree, they’d say something like ‘wow, that is quite the bombshell. It’s great when shows do that, they really throw you off the track.’ 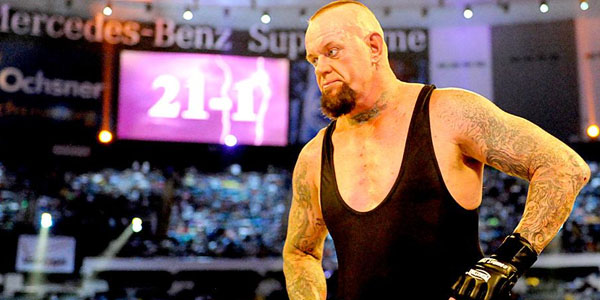 Now try and explain World Wrestling Entertainment (WWE) and how the way they’ve handled Undertaker’s winning streak at Wrestlemania is way off and attempt to explain how they should’ve let him have his 20 year winning streak and retired (obviously) – to someone who doesn’t watch it and has no intention to – you’re met with a blank look and something to the tune of ‘umm, you know it’s fake yeah?’ ‘It’s scripted, you know that, right?’ ‘Why would you watch something that’s fake?’ Really? Ever heard of movies? TV shows? Fiction? Comics?

I just don’t get it. Why be that guy? You can’t honestly believe that anyone who watches WWE truly believes the storylines or doesn’t laugh when a wrestler throws a bunch of horribly fake punches that go nowhere near their opponent.

The clue should really be in the title – it’s entertainment. The WWE is an incredibly self-aware company and more importantly they know how to entertain with elaborate and often ridiculous storylines. No match at a pay per view event would be complete without a seven minute montage explaining how the wrestlers got to this point and of course, the 12 minute long entrances. Then there’s nothing left but to sit back and enjoy a couple of sweaty men battling in tiny lycra pants throwing some DDTs. It’s like a baby oil fuelled soap opera – what’s not to love?

If you can find me another sporting event where a crowd can roar just from hearing the sound of glass smashing (to the uneducated – it means Stone Cold Steve Austin is coming out) or when The Rock stands over his ruined opponent and takes his elbow pad off (can you tell I’m really a WWF nerd) I’d be surprised. It’s all in the details, the excitement of the finishing move or watching another guy go through the Spanish announce table EVERY TIME. If you’re still in doubt, watch Wrestlemania with friends who are fans, if nothing else you’ll enjoy watching them watch Wrestlemania.

And seriously stop telling fans it’s fake, we do know and we bloody love it.