A Love Letter To Yakuza’s Kamurocho

The city that never sleeps, but definitely suplexes crime lords. 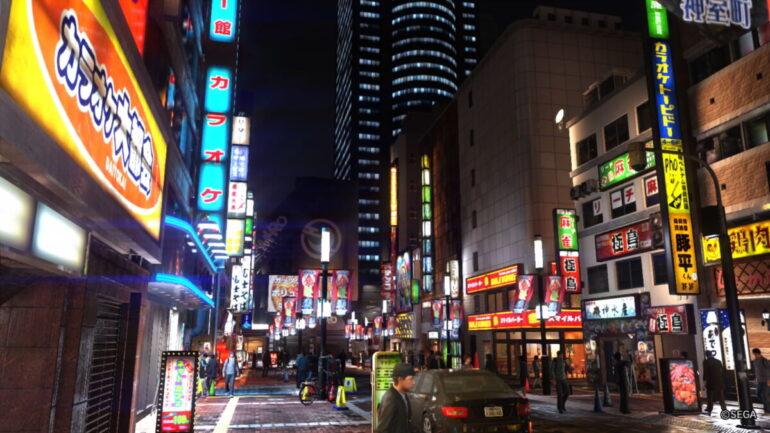 Nowadays, it feels like open world games are just getting bigger and bigger, with expansive explorable areas like Breath of the Wild’s Hyrule, Just Cause’s various tropical paradises or Assassin’s Creed Valhalla’s depiction of half of Nordic Europe. Not only are these worlds huge, but they’re also filled with content to discover, characters to meet and secrets to obtain.

While the scope and scale of these digital playgrounds should be marvelled at, there’s something to be said about a world that doesn’t require two days worth of survival gear and a sherpa to get from A to B. Sometimes, in the realm of open world games, less is more, which is why Yakuza’s Kamurocho is the perfect setting. 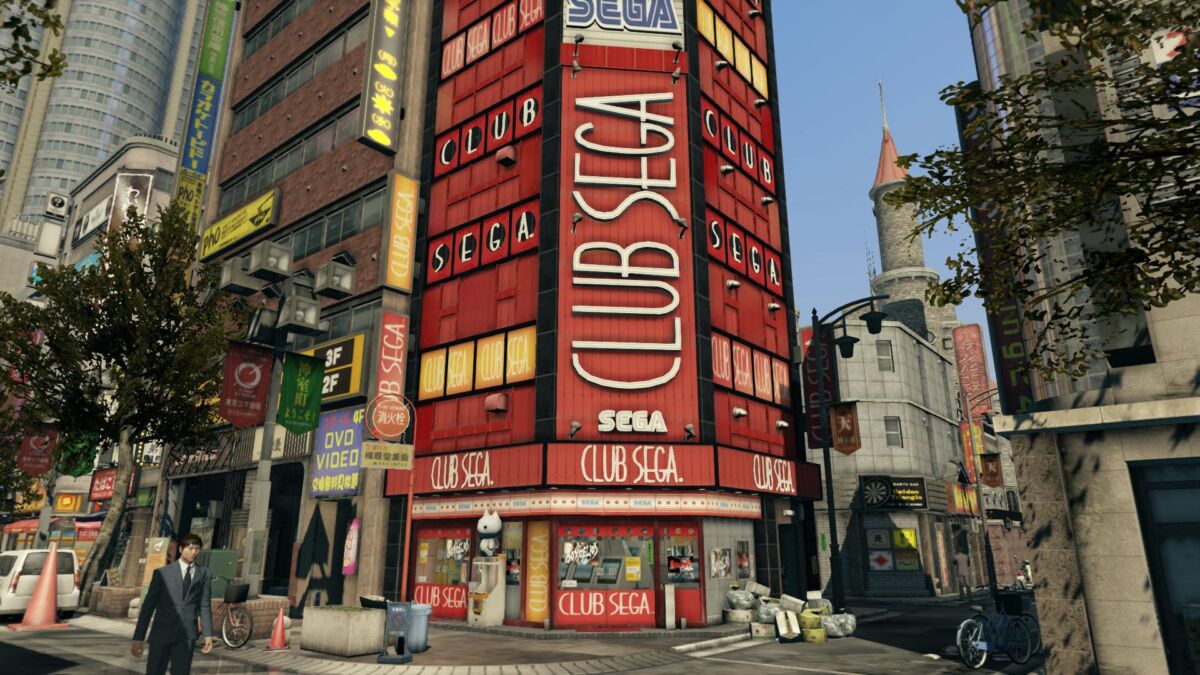 In general, open world games have maps that can be measured in square miles, but Kamurocho’s play area is relegated to just a few city blocks overall. It’s tight-knit and oftentimes overcrowded, with your playable character (usually Kazuma Kiryu but not always) slamming into citizens accidentally between fights or story moments.

Games often try to go too big in order to portray massive scale, but Yakuza’s microscopic approach to worldbuilding helps to establish how oppressive condensed urban environments can be. Working this job allowed me to visit London for the first time as an adult, and the one thing that blew me away immediately was how overcrowded and busy the entire city was. 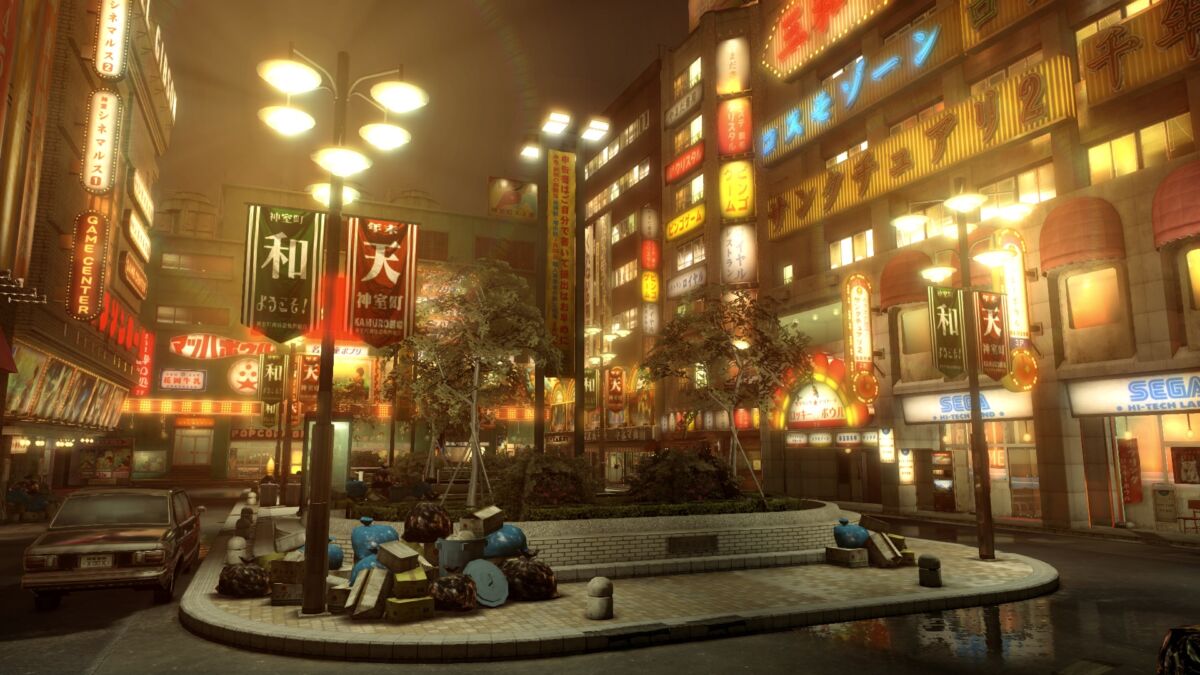 Whenever there’s a so-called “bustling metropolis” in a game, it’s usually an underwhelming experience that features a couple of pedestrians and like six cars visible on screen at once. Urban environments in video games have often felt too sparse to really be convincing, particularly in games like GTA and Watch Dogs. Meanwhile, the streets of Kamurocho are often teeming with life, with a few extra criminal denizens thrown in who would like to pound your skull into the concrete.

Not only is Kamurocho believable as a city, it also has its own story to tell. The bright neon lights amidst the glitz and the glamour try to convince you that Kamurocho is the place that dreams are made of, but the beauty in this town is only skin deep. There’s an underbelly to this city that it barely tries to hide, with homelessness being a rather real outcome for many, piles of rubbish thrown out onto the streets and, you know, the aforementioned dickhead yakuza types. Kamurocho is a party town, with plenty of places to kill time or get plastered, but scattered across the city are reminders that the party will end eventually. 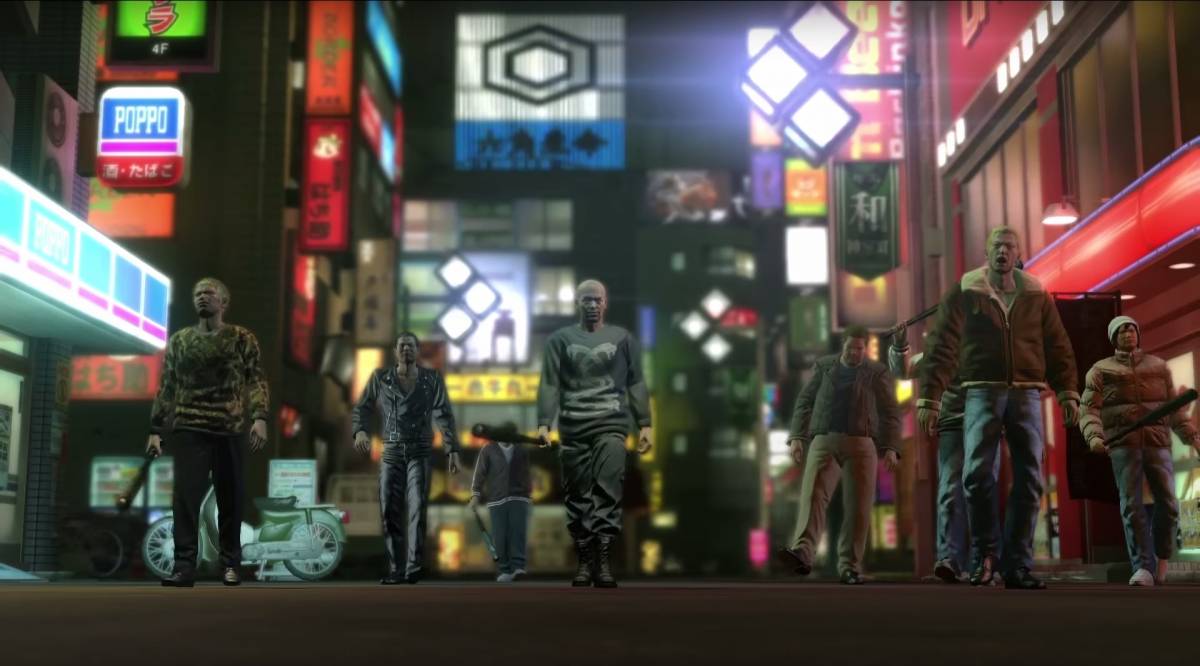 On top of all that, we get to see Kamurocho’s story change over the years, witnessing its big changes as businesses and shops come and go. We see the Millenium Tower as we go from Yakuza 0 to Yakuza Kiwami, then Kiwami 2 throws away the city’s main park (and, subsequently, the homeless dwellings), for another monolithic skyscraper development, Kamurocho Hills, which becomes a big part of the series going forward.

There’s something to be said about an open world that feels familiar, and Kamurocho is just that. GTA V took the series back to Los Santos after GTA: San Andreas, but nothing about the city we once knew felt the same. Grove Street was there, sure, but it wasn’t our Grove Street. It wasn’t CJ’s home, it was just some assets that looked similar. 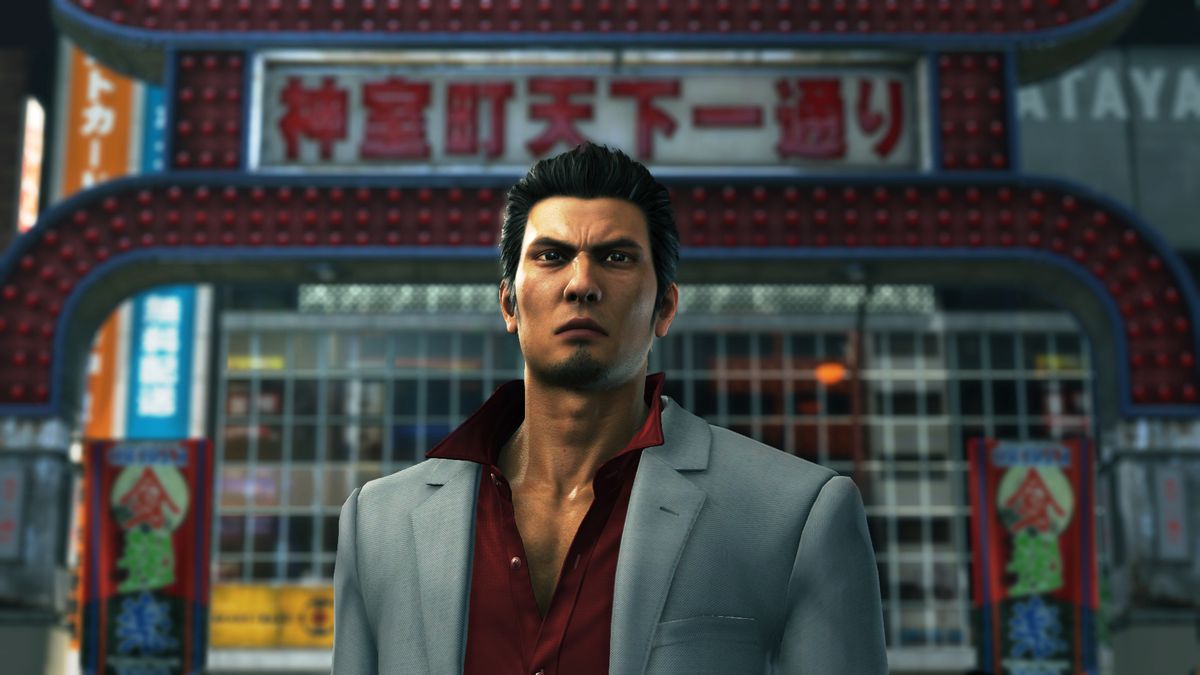 By comparison, walking the streets of Kamurocho feels like greeting an old friend as you walk through familiar haunts like Tenkaichi Street or Theater Square. Sure, parts of the old stomping ground change over the years, but so do we. It’s refreshing to see Kamurocho grow and evolve as the series progresses, and without going too Sex and the City on this one, Kamurocho is just as much of a featured character in Yakuza as the rest of the cast.

Even from a gameplay perspective, Kamurocho feels the perfect world to explore. While worlds like Skyrim feel like huge canvases with big points of interest spaced apart across the land, it can be hard to walk through Kamurocho without stumbling upon a collectible, a new substory or an activity that’ll draw your attention for hours on end. Yakuza’s iconic cityscape has a unique ability to pack tonnes of content into such a confined area, and it’s incredibly effective as a result.

This isn’t to say that exploring huge worlds doesn’t have its own benefits. Sometimes it’s just nice to spend an hour exploring an expansive world, mucking about in your own personal sandbox. To each their own and all that. For me, I like to spend my time in a play space that has plenty of character, a story to tell and doesn’t require hours of my time just to move from quest to quest. Yakuza’s Kamurocho offers all that, it just requires that saved time for cutscenes instead.

READ MORE: Yeah, The Rest Of The Yakuza Series Should Come To Xbox