Exploring The Tattoos Of The Yakuza Series 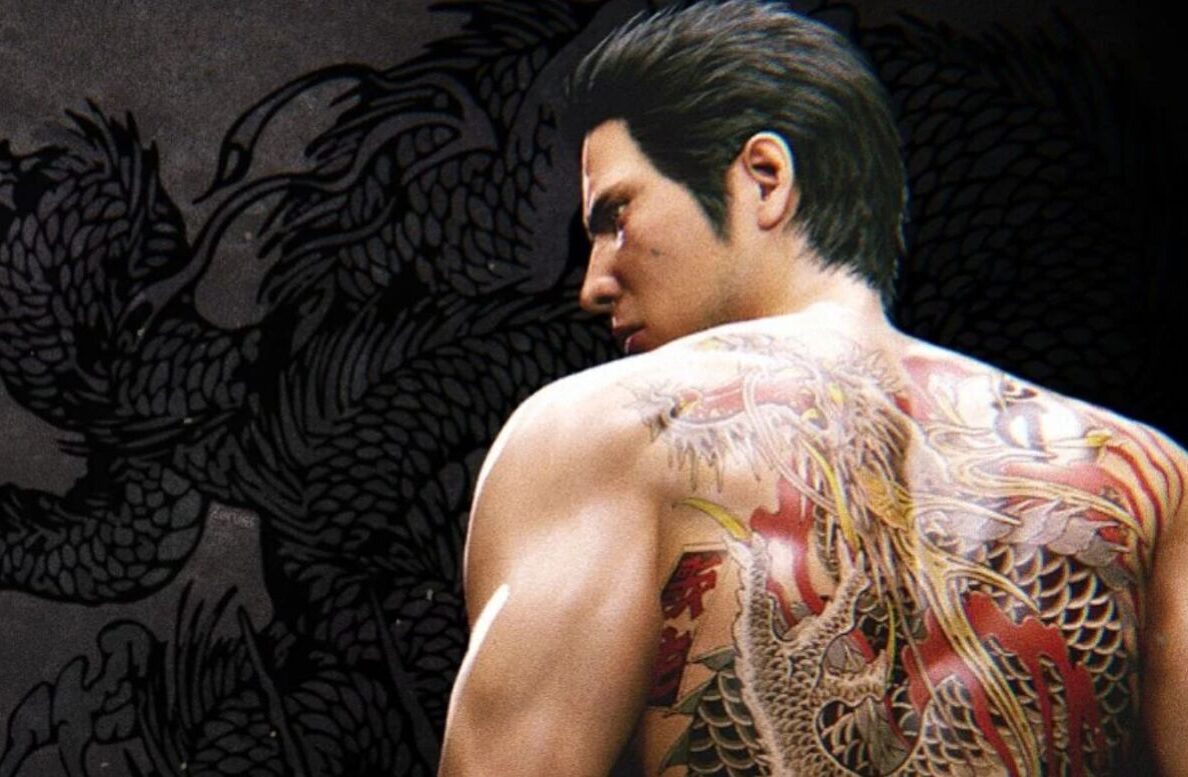 The Yakuza series from Ryu Ga Gotoku Studio and Sega is an unabashed celebration of Japanese culture. The neon-lit district of Kamurocho is digital tourism at its finest, highlighting the nightlife, food, drink and activities that are all unique to Japan. The Yakuza series has also garnered a reputation for its gripping storytelling and memorable characters. It’s through these characters and their iconic back-piece tattoos – often on display when a jacket and shirt are ripped off in one fluid motion – that Yakuza is able to explore Japan’s rich mythology and folklore.

In Japan, tattoos are not necessarily a link to the yakuza in and of itself. Instead the tattoos are designed to reflect key moments in the individual’s life and their personality traits. Although not all yakuza can get a tattoo, as shown in a report from the BBC, a tattoo master must decide whether the person is worthy. The cost is an equivalent of £10,000 and can take up to a year to complete in weekly sessions. This is because tattoo artists use a technique known as Tebori or ‘hand carving’, which involves using bamboo sticks with a needle as opposed to a tattoo machine.

One such artist is Horitomo, who has been with the Yakuza series from the very beginning, and his work has since become an integral piece of the franchise’s identity. Horitomo collaborates closely with Sega and RGG Studio to establish the design of all tattoos in the series. The final design of each tattoo is centred around the character’s personality and their role in that narrative.

Below is some of Horitomo’s best work featured throughout the Yakuza franchise, boasting incredible designs and detail while paying homage to Japan’s mythological figures.

Series protagonist Kazuma Kiryu earned his nickname “The Dragon of Dojima” partly through his striking dragon tattoo. Dragons are seen as rulers of the sky in Japanese culture, boasting extraordinary, unexplainable power and are generally viewed as protectors. Dragon tattoos can signify bravery, wisdom, strength and can vary in colour scheme. Black dragons represent knowledge and gold represents value, while a blue dragon can be attributed to timid personalities.

Kiryu’s dragon is a Nobori-Ryu (ascending dragon) and boasts a silver colour scheme. Silver dragons are used to represent purity of heart while the ascending dragon motifs are found near the top of the chain in Yakuza culture. Kiryu’s dragon tattoo is fairly traditional as it’s done in nukibori style, meaning that there’s no background design. The appeal of nukibori is that it can serve as a contrast for the design of the tattoo, allowing the initial design to appear more striking.

Kiryu’s dragon can also be seen clutching the Bonji symbol for the year of the monkey in the zodiac calendar. Interestingly, the Bonji references Dainichi Nyorai, a prominent deity in Buddhism. However, the inclusion in the dragon tattoo is used here to reference Kiryu’s date of birth which is 1969 – the Year of The Monkey in Japan.

Dragon tattoos are featured prominently throughout the Yakuza games, especially with villains of the series. In Yakuza 0, the prequel to the entire saga, Kiryu faces off against Keiji Shibusawa, the mastermind of a plot to frame Kiryu and make a major financial power play within his clan. Shibusawa’s tattoo perfectly parallels Kiryu’s own with the green dragon descending towards the earth, bringing with it prosperity and riches — appropriate for a character whose motivations are fueled by greed.

Kiryu would later face off against one of his most dangerous adversaries, Ryuji Goda ‘The Dragon of Kansai’ in Yakuza 2. Ryuji’s Kouryu tattoo is far more intimidating and visceral in its design compared to Kiryu’s. The Kouryu is a golden ancient dragon featured predominantly throughout Chinese folklore as opposed to Japanese, which plays a major role in Ryuji’s story. The yellow dragon can also be used to symbolise good fortune and power, which are tied to Ryuji’s goals.

Though there are many variations of the dragon design, Kiryu’s tattoo is easily the most iconic of the series. Sega even held a competition which covered the cost of a fan’s replica of the tattoo — the process took over a year and cost over $9000.

The ‘Mad Dog of Shimano’ Goro Majima boasts a hikae design with a white Hannya and snake combination, giving off an intimidating and threatening design. Hikae tattoos can cover shoulders and arms depending on the preference of the wearer. These designs have gone on to become the standard template for tattoo artists in Japan, but the inner arm and inner thighs are typically left uncovered. The inner arm is generally considered one of the most painful areas for a tattoo, and was also the area where criminals received tattoos as punishment in the 19th century. Leaving the inner arm unmarked signifies that the person has been tattooed of their own freewill.

A Hannya is a female demon in Japanese folklore who is often depicted as unpredictable and vengeful but also sorrowful and filled with regret.white Hannya mask, a perfect depiction of the character’s portrayal and arc throughout the series. Hannya masks are also worn by performers in Japanese theatres, with the red masks used to represent lower-class characters, and white masks to represent upper-class characters. A white snake is also featured on Majima’s tattoo to symbolise good fortune and, when paired with sakura flowers, represents the fleeting nature of life.

Majima’s tattoo encompasses all of his key characteristics as a dangerous sociopath who lives in the moment, while secretly being the most tragic figure in the Yakuza series. White Hannya tattoos can also represent unrequited love, a clear reference to Majima’s origin story in Yakuza 0.

The Koi signifies perseverance and the strength to rise above life’s challenges. It has become one of the most prevalent images in folklore and a popular design for tattoos across the world. In legend, the koi fish must face the impossible task of swimming the length of an upstream river while being hindered and taunted by demons.

Akira ‘Nishiki’ Nishikiyama’s ascending koi represents his steady rise through the Tojo Clan, although it can be seen as an ironic match for him. The ascending koi generally represents overcoming obstacles, whereas the challenges Nishiki faces take a massive toll and send him down his path to villainy. In Japan, ascending koi designs are frowned upon as it’s often viewed as arrogance to assume that one has overcome all of the adversities in life.

Nishiki’s tattoo is also designed without a background in nukibori style. Horitomo used a red koi to represent Nishiki’s more rash and abrasive personality in contrast with Kiryu’s more stoic demeanor. The colour red is also seen as particularly masculine in Japan and contrasts well with the black outlines and shading, giving the tattoo a more distinctive look.

Taiga Saijima is introduced as one of four characters in Yakuza 4 who represent the eastern Gods in Chinese mysticism. Saijima was conceptualised as an homage to Byakko, the white tiger and king of the beasts. This is reflected in Saijima’s heavy-hitting fighting style and his tattoo which portrays the tiger as the ruler of the earth.

As one of the four elemental animals, tigers are generally considered to be just as powerful as dragons and can represent guidance in the afterlife. The tiger and the dragon are usually viewed as the equivalent of yin and yang in Japanese folklore and that together they make up the universe.

The mythology of the tiger was largely borrowed from Chinese legends as tigers are not native to Japan. At one time, tigers were genuinely believed to be mythical creatures in Japanese culture as they had only been seen in Chinese artwork.In Taiga’s tattoo, the tiger is presented as standing on top of a rock, signifying strength and cementing its position as ruler of the earth.

The bamboo represents strength in its own right as tigers were considered to be the only animal strong enough to penetrate a bamboo forest. The choice of design and imagery is more or less in line with Saijima’s portrayal as an absolute powerhouse of a man.

Daigo Dojima’s tattoo features Fudo Myoo, a central figure in Esoteric Buddhism and a defender of the faith. Fudo Myoo is known as ‘The Immovable One’ and is a protective deity responsible for encouraging people to follow the Buddhist path. His purpose is to turn anger into salvation and is often seen surrounded by flames to represent cleansing.

Yoshitaka Mine, the villain of Yakuza 3, wears a kirin tattoo, said to represent good fortune and the arrival of a new leader. Kirin are considered to be the most powerful of all the sacred beasts in Japan and are even able to kill a dragon. Mine was an abandoned orphan who became a stock broker before climbing his way to prosperity and power in a bid to lead the Tojo Clan.

The final villain in Kiryu’s story is Tsuneo Iwami, who wears a Bai Ze tattoo. The Bai Ze is a wise old creature in Japanese mythology that is said to predict calamity and is also an eater of dreams, which is an appropriate tattoo for Iwami whose dream of following the Yakuza lifestyle was always out of reach for him due to his civilian life.

Ichiban Kasuga’s story as the new protagonist of the Yakuza series is just beginning with Like A Dragon, but he already has one of the most distinguished tattoos so far. Kasuga’s tattoo is a ryūgyo (dragonfish) and shows the transition of a koi fish to becoming a dragon.

In the story, a school of koi fish swim upstream until they are met with a huge waterfall known as ‘Dragon’s Gate’. Most of the koi fish turned back, but some stayed and attempted to overcome the waterfall. This would go on for 100 years as spirits mocked the koi for their efforts, but eventually one of the koi was finally able to reach the top of the waterfall. As a reward for its efforts, the Koi was transformed into a golden dragon — the ultimate symbol of power and strength.

Ichiban’s tattoo shows the in-between state with the body of the koi fish representing strength and perseverance while the head of the dragon suggests a greater destiny lies ahead, fitting for Kasuga’s role as the new protagonist.

Horitomo’s designs are second to none and there are many more tattoos throughout the series celebrating Japan’s rich folklore. The striking designs highlight Horitomo’s skills as an artist and will hopefully remain an integral piece of the Yakuza franchise’s identity for years to come.