A new dragon seeks the throne. 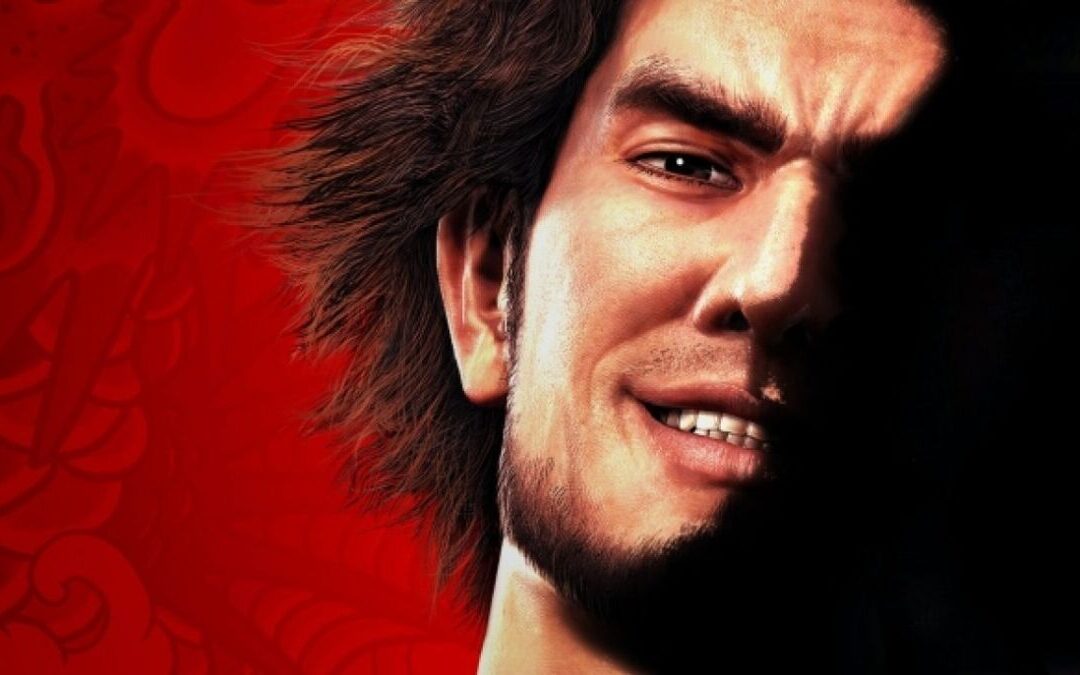 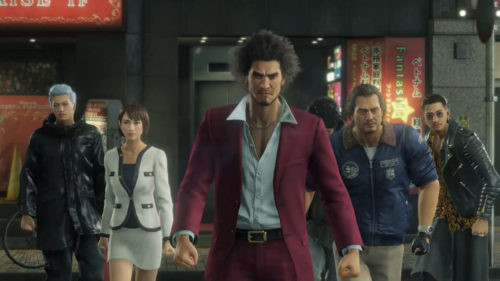 2020 has been full of surprises, but even if 2020 was just another humdrum year, I am willing to bet that Ryu Ga Gotoku Studio would have still packed a surprising dragon fury punch with its pivot in the Yakuza franchise. The flagship franchise is well known as a beat ‘em up with 7 main titles and 2 spinoffs perfecting that formula. When trailers indicated that Yakuza: Like A Dragon was about to go JRPG, could such a beloved beat em up change its stripes for a potential new audience?

RGG Studio have knocked it out of the park with very little to complain about. A rose-tinted love letter towards the JRPGs of old, this was a huge gamble that paid off tremendously. Add the usual engrossing and often dramatic narrative, Yakuza’s signature brand of off-kilter humour, and a banquet of side distractions and Yakuza: Like A Dragon may just be RGG’s best effort.

Yakuza: Like A Dragon starts with quite the information dump, which sets you up for the events and new characters you will be working closely with for the next 50 – 60 hours. After a flashback in which a young Masumi Arakawa witnesses a Yakuza hit on his father, the story then takes us to Kamurocho on December 31st, 2000. Masumi is the patriarch of the Arakawa clan – a subsidiary of the Tojo Clan. Underneath him are Joe Sawashiro, the right hand of the Arakawa clan and the foot soldier duo of Mitsuo Yasumura and our main protagonist, Ichiban (or Ichi) Kasuga.

It’s revealed quickly that compared to his bloodthirsty colleagues, Ichi is kind-hearted, opting for more passive approaches to his role as a Yakuza debt collector. Ichi is also loyal to Masumi, often taking on the roles of Yakuza heavy and carer to his wheelchair-bound son, Masato Arakawa. His loyalty to the clan costs him dearly, though.

After taking the rap for Sawashiro on a murder charge, Ichi spends 19 years in prison to find the world around him has changed. This includes being disowned by the Arakawa clan, who are now part of the Omi Alliance. Though Ichi tries to find answers, he gets a bullet for his troubles and wakes up in the city of Ijincho, Yokohama with only a bloodied fake yen note as his only clue. Iljinko is ruled by the Chinese and Korean mafia as well as the Yakuza, better known as The Ijin Three.

Ichi sets out to get to the bottom of The Ijin Three, befriending the reserved germaphobe Yu Nanba, former PI and driving instructor Koichi Adachi and well to do business owner Saeko Mukouda along the way. Meanwhile, they have to contend with constant interference of underground hacker sect Geomijul and the radical political movement Bleach Japan throwing plenty of spanners in the works. Other people will join your party as the game progresses, but I can’t reveal them without spoiling huge chunks of the plot.

You don’t necessarily need to be a Yakuza savant to understand everything about the world RGG created, but long time fans will be rewarded. The idea for this instalment is to entice a fresher audience. YLaD has an ambitious plot, but RGG Studios have pulled off long drawn narratives very well in the past. Some veterans may find themselves familiar with the plot outline, but RGG Studio still find new ways to make the inner workings of the plot feel fresh and exciting.

RGG Studios are not one to skimp on the details, but even I’ll admit the plot could have benefitted with some trimming — the first quarter of the game will beat you to death with exposition. Understandably, we need information on the new characters, but some of the plot elements could have been either delayed until further in the game or at least simplified into shorter cutscenes.

Compared to Yakuza’s previous strong and silent hero, Kazuma Kiryu, Ichi is a breath of fresh air. He is sarcastic, charismatic and uses emotion rather than rationale to make his decisions, and he is a likeable character for it. There are a few similarities between the two, most notably their hearts of gold. Very early on in the game, it is revealed that Ichi is a huge Dragon Quest fan. He sees his subsequent fights as one giant JRPG and relies on his teammates, in comparison to Kiryu’s lone wolf approach. It’s a clever plot point that explains Yakuza’s change of pace and it should be commended.

YLaD’s robust JRPG engine is an impressive call back to the past. You are allowed up to four people in your party and you take it in turns to achieve victory. Your commands include X to attack, circle to guard, triangle to bring out your list of specials and the square buttons as your “Etc”. The Etc menu includes items for healing, swapping teammates out for others and, in Ichi’s case, accessing the Pound Mates app. Pound Mates work as summons that either help out in battles or buff your party. Pound Mates can be found by completing the various side activities on offer, though there isn’t a checklist of ones you need to find.

After each battle, players can expect to be given some yen, loot for crafting, bond points for your party, EXP and job EXP — another new tool in YLaD’s arsenal. Those who have played old Final Fantasy games will understand the concept: you can level your character’s job role to help them gain new abilities. For example, the Idol class is similar to white mages that can help with healing and boosts, whereas the Foreman class makes for a fantastic heavy and resistant fighter you can rely on in boss battles. Crafting loot found in battle can be used in the Romance Workshop to upgrade weapons and armour, as well as creating your own.

The battles themselves do provide a challenge, especially in the last quarter of the game. There were a few bosses that had me guzzling up Staminan X’s or bottles of Sake for MP while demanding strategic thinking. There are a few flaws with the new engine, though. Levelling up is a lopsided affair, as the streets of Ijincho are littered with enemies and it can get very grindy, especially when there’s no way of getting out of a battle once your enemy has seen you. I cannot even begin to tell you how many diversions I had to take just to avoid a group of enemies. Though you can flee the battle itself by holding L1, it would have been nice if lower-level enemies would leave you alone like in Ni No Kuni 2. There were also a few enemy types that just absorb your blows, no matter the level, making some battles an unnecessary chore.

Party members who are not in your gang of 4 can still get EXP, but only after you have engaged with them with Drink Links. Drink Links have 5 levels per member, and in order to unlock other levels, players need to share a drink at the bar Survive and listen to their backstories. With each level, your party will not only benefit from the extra EXP, but job classes can also be unlocked for them, giving you more incentive to mix and match. There’s also tag moves to unlock, which are special moves you can pull off, providing your partner is in the party with you.

Opting for Ichi’s tale to be mostly told in one locale, Ijincho is the biggest map I have seen in a Yakuza title. YLaD is still filled with various side attractions that are designed for you to stray away from the plot, but things are broken down into more manageable chunks. Side missions are back and still show off Yakuza’s weird and wonderful humour. Mercifully, side missions are not the usual 100+ slogfest you would usually find, with a far more respectful 52 side missions instead.

Players can also find optional bosses with its Part-Time Hero mechanic, allowing you to clean the mean streets of Ijincho for rewards and extra money. I thought I would never say this in a Yakuza game, but you need lots of money for weapons, health items and armour. The Company Management minigame from Yakuza 0 makes a comeback and out of all the time-wasting activities on offer, this was the one I wasted the most time on. Players can run the day to day operations of Ichiban Holdings, upgrading businesses, duking it out in board meetings and making a killing in the stock market.

Looking to grind out that EXP while finding rare or much-needed weapons or loot? There’s the Yokohama Underground Dungeon, a series of sewers and winding tunnels where the main goal is to loot, loot, loot. The benefit here is not only to grind up those levels, but also experiment with other job roles your party may have on offer. Want to take a break from everything? There is the Dragon Karts, which is, put simply, Crash Team Racing, only Yakuza themed. Like most kart games, you need to get into first place, there are speed boosts and weapons littered about and you can upgrade your kart over time. I have only just scratched the surface here, though — there are more activities as the plot unfolds, but we would be marching into spoiler territory.

I think I say this about nearly every Ryo Ga Gotoku game that I have reviewed, but they have surpassed themselves with Yakuza: Like A Dragon. Everything feels so fresh and fine-tuned that it was like stepping onto the streets of Kamurocho for the first time all over again. Some mechanics could do with a bit of tweaking in terms of balancing and the plot could certainly cut some weight, but Yakuza: Like a Dragon is a must-play for old Yakuza fans and JRPG veterans alike. The future has never been so bright for the Yakuza franchise. 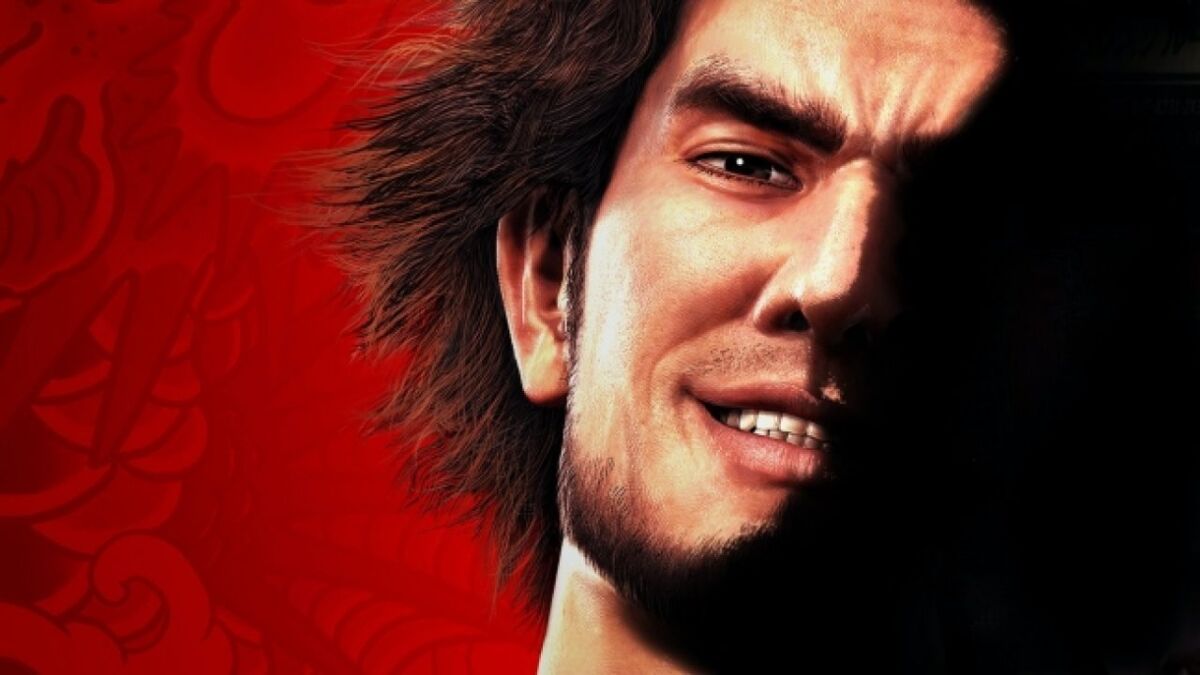 Verdict
Daring to get out of their comfort zone, Ichiban Kasuga came to claim Kazuma Kiryu’s throne and he took it, with a thrilling white knuckle ride of a JRPG. Do not miss out on Ryo Ga Gotoku Studio’s best adventure to date.
9
Cultured Vultures is a pop culture website established in 2013 covering all things gaming, movies, and more. We eat your words.
All The News On The Biggest Games