Xbox Game Pass Is Wise To Focus On Multiplayer Games 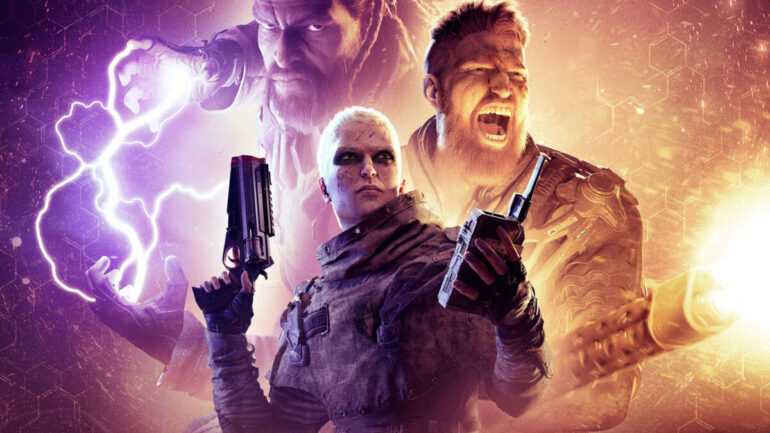 Xbox Game Pass has become kind of inescapable in recent years. The flagship subscription service for the big green gaming brand, Game Pass allows players to play hundreds of games for the small price of a monthly subscription. Since inception, the service has been bolstered to include an Xbox Game Pass Ultimate option, which offers Game Pass for Console, PC, Xbox Live Gold membership, EA Play and the ability to play certain games through mobile devices through cloud gaming. It’s a pretty robust service.

Aside from first-party launches like Gears 5, Tell Me Why and Forza Horizon 4, most games added to the service are older games that have been on the Xbox for a while, or ports of already established games that are now finding their home on the Xbox. That’s how Yakuza 0, Kiwami 1 & 2 and Yakuza 3-6 ended up on Game Pass. You’d get day one launches, but oftentimes they were smaller indie games looking to find a bigger audience.

Recently though, Microsoft and Game Pass have been making some decent investments on third-party multiplayer games to launch day one on the platform. This wave was kicked off by Outriders in April, a decent loot shooter that might not have achieved the same level of success that it did if it didn’t launch straight into Game Pass. More recently, Knockout City was added to Game Pass Ultimate through EA Play, and later this month, Dungeons & Dragons: Dark Alliance will also be added to Game Pass on day one.

This focus on nabbing multiplayer games to launch on Game Pass is smart, for a number of reasons. Firstly, it allows for a safety net for the developers when launching their multiplayer games, and for the players who choose to invest in them. Out of those mentioned, two are completely new IPs, and while Dark Alliance is tied to D&D, a co-op brawler might not have been the easiest sell, particularly in a month with big multi-platform releases. Launching on Game Pass means the developers can enjoy the enhanced exposure, while players can rest assured they’ll actually find other players.

The other key reason is that it helps to sell Xbox’s key ethos, which is playing together with your friends. If you look at the console’s biggest exclusives and first-party Game Pass games, they’re mostly some kind of co-op or multiplayer experience. State of Decay 2, Sea of Thieves, Forza Horizon 4, Halo, Gears of War and Grounded are all games that can be played solo, but they’re much easier to enjoy once you’ve got other players to experience the game with you.

Even outside of exclusives, some of the biggest titles on Game Pass are multiplayer games, with (at the time of writing) the likes of Red Dead Online, Rainbow Six Siege and Destiny 2 (plus the expansions) all attracting a significant portion of the Xbox community. The frequent Game Pass Ultimate perks for free-to-play games like Apex Legends, Warframe and Rogue Company also help enforce that playing together mentality.

Aside from the huge library of games, one of the key selling points of Game Pass is the experience of playing with your loved ones, something that’s only become more valuable after a difficult 12+ months. Having a wide selection of multiplayer games helps the sale of Game Pass through word of mouth. It’s much easier to convince someone to subscribe on the promise of playing games like Deep Rock Galactic together, particularly through cross-play, than with the Yakuza games.

Of course, purely focusing on multiplayer games wouldn’t work, as your mates aren’t always going to be online to play. Game Pass needs those single-player adventures too, and the service has been great at securing those longform games along with the multiplayer releases. Yakuza, Dragon Quest, Octopath Traveller, Nier: Automata, Dragon Age and Star Wars: Jedi Fallen Order are just some of the big games that could fill the time between the squad logging off and on.

Xbox have made some smart choices when it comes to bringing multiplayer titles to Game Pass, and it’d be good to see it continue in the future. Friend groups are always looking for a new multiplayer game to play, so Game Pass providing a fresh stream of titles to enjoy is just wonderful. Long may it continue.

But, if you want to bring Hades to Game Pass, Xbox, I won’t say no.