Home
TV
Why Was The X-Files’ Return So Disappointing?
TV
·7 min read

Why Was The X-Files’ Return So Disappointing? 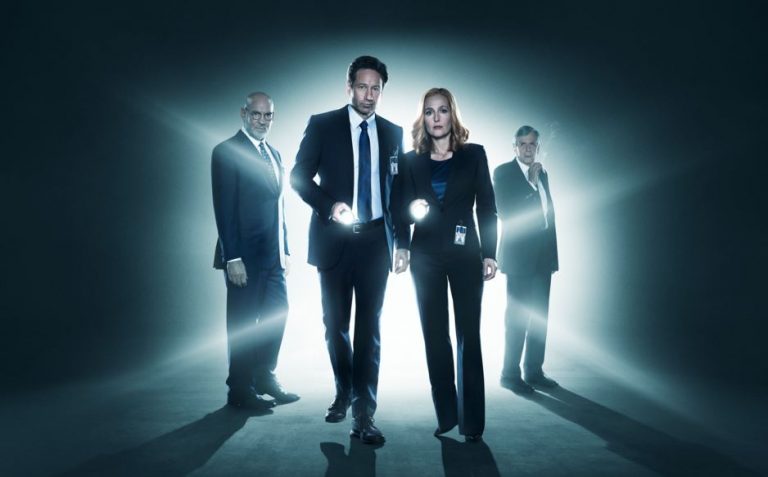 In the time between the end of The X-Files‘ original run on the small screen and its mini “event series” rebirth in 2016 (the 2008 movie, The X-Files: I Want To Believe, notwithstanding), the world has changed a lot. To such an extent that a show about a vast government conspiracy to facilitate the colonisation of earth by extraterrestrials, seems almost optimistic by today’s standards.

At its launch, it managed to tap into the Zeitgeist, mixing tales of untrustworthy governments with a new-found fascination with the paranormal, to create a world where our greatest fears could be explored, safe in the knowledge that it wasn’t true. Then everything changed.

From 9/11 to the (still on-going) “War on Terror”, to the revelations of prisoner torture and global mass surveillance systems, the idea of vast global conspiracies, war-warmongering misinformation campaigns, and “Big Brother”-style monitoring became all too real. Whereas once such scenarios were mostly considered to exist only in dystopian fiction, or consigned to the annals of less sophisticated moments of history, they were once again brought to the fore. Government conspiracies, we found to our horror, were real, and there was nothing we could do about it.

It was this world into which the mini “event series” of The X-Files was released. So, surely for a show that had spent so much time and effort exploring such vast conspiracies, this was the perfect time to return?

Having completed the latest six-episode run, the show was met with a a mixture of mostly indifference and outright hostility. The only thing everyone could agree on was that it was great to have Mulder and Scully back on the screen. If only everything else about the show was as good.

So, why did it do so poorly in such (theoretically) favourable conditions? 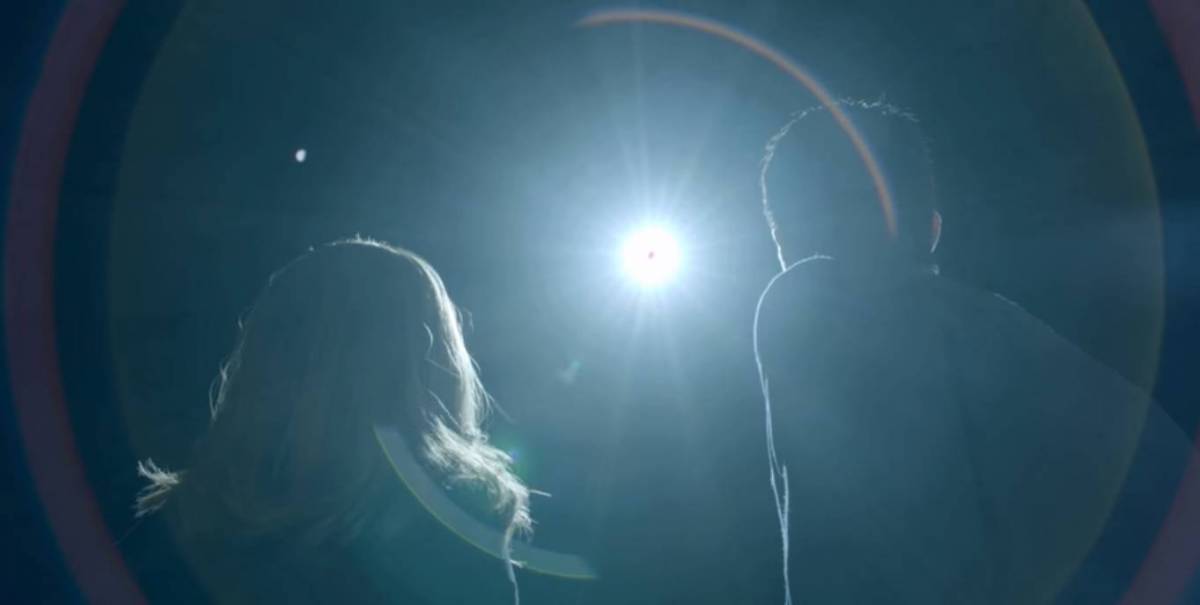 It is hardly surprising that after nine seasons and two movies (not to mention the “season 10” comic book), there might be some difficulty thinking of more stories to tell. Eventually, you use up all the mythologies and ancient stories that can fit in any way sensibly into the show you have created. This increases the likelihood that things are going to become more ludicrous, or away from “the realms of extreme possibility”, which was the original ethos of the show.

This was perfectly encapsulated in episode three (Mulder and Scully Meet The Were-Monster), which marked a low-point for the show. Built around a single joke, it drove it into the ground, before showing its hand so clearly at the end, as to completely reject the concept of “extreme possibility” for “yeah, whatever.”

Even Home Again, which was one of the better episodes (despite not being the sequel to twisted season three episode, Home, as some had hoped), was just a pale imitation of the golem-raising Kaddish, from season four.

Yet, this was not the only issue facing the show with such a long run. 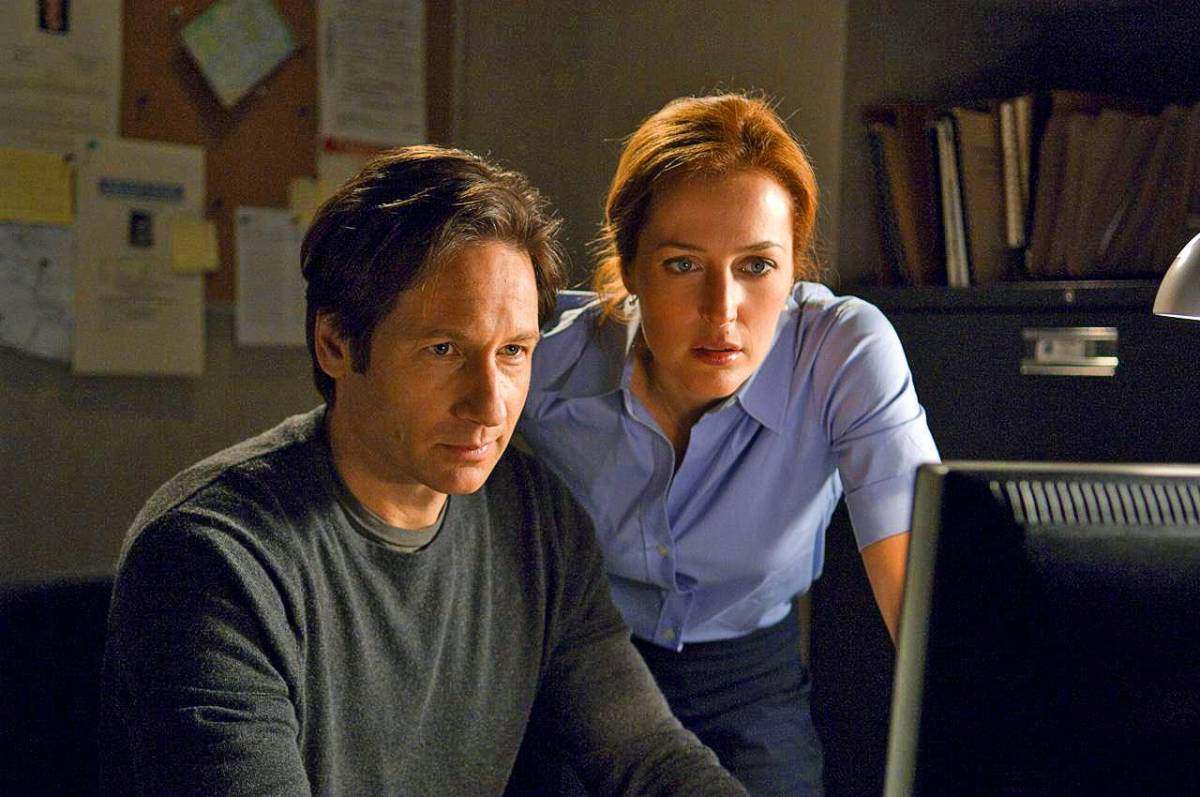 Even though much had been resolved by the end of the original TV run, there were still plenty of loose ends to untangle. These were mostly dealt with by ignoring them. Only the “Mulder and Scully have a kid” storyline (generally considered by fans to be one of the weakest and most unnecessary elements of the show), was brought back.

If by putting so much emphasis on this storyline, they didn’t do themselves any favours, then the addition of new, not particularly interesting mysteries (or, meh-stories, as no-one has ever called them), certainly didn’t help. Then, after pouring salt into the boring wound, they added a shot of lemon juice, in that they resolved absolutely nothing and left it on a cliffhanger.

Now, cliffhangers are fine, and some people (myself included), even like them. But not like this. This was advertised as an “event” series, a one-off revisiting of the characters we once loved. Instead, it turns out to be just a really short season, which undercuts the whole “event” premise.

It also didn’t help that having decided to bring back the show, they had to find ways around some of the things that they did in order to tie up some of loose ends at the end of season nine. Things that often included people dying. So, to get the conspiracy-obsessed trio, The Lone Gunmen, involved, Mulder had to have a hallucinogenic experience, which is fine. That at least works within the rules of the world in which The X-Files exist (even if we ignore the comic books which say they faked their deaths).

What is clearly not fine however, is the fact that the Cigarette Smoking Man is alive. He is dead. He was hit by a missile. Not near an explosion, actually hit by a missile. We saw him literally disintegrate, to the bones and beyond. It was very clearly a “this man is now dead. Fact.” moment.

Now obviously, he is an integral part of the show, so they had to find some way to bring him back, but could they not thought of something a bit cleverer than what basically amounts to little more than the Dynasty “it was all just a dream” moment?

By the same token, apparently you can just re-join the FBI now, no questions asked. Doesn’t matter if you previously dismissed from the FBI, been sentenced to death for murder, and gone on the run. Even dropping the charges (as happened in the 2008 movie), would almost certainly be insufficient to rejoin, let alone given a gun.

Of course, some of these things were necessary just to get the show back (somewhat) to the original concept, so can be overlooked. But what can’t be overlooked is just how shoddy some of the dialogue was.

Part of it felt rushed, and certainly a long distance from the quality of writing that accompanied the best moments of the original run. But it went deeper than that. Firstly, there were far too many nods and winks. Whilst the occasional in-joke can be a great little sweetener, every other line seemed to include a reference, most of which couldn’t have been more on the nose than if they were accompanied by subtitles saying “hey, remember this used to be a great TV show!”

Particularly aggrieving was a moment from episode three where Mulder has the show’s theme tune as his ringtone. Sure, it’s kind of cute, but it goes just that bit too far, breaking the pact between viewer and the creators that the world has rules it follows. There is no legitimate reason for that music to appear in the show. It’s too much of trying too hard to appeal to an audience that is already watching. It’s nostalgia writ large, with nuance sacrificed to appeal to the masses who, ironically, were already waiting to devour whatever was placed in front of them.

It’s hard not to place most of the blame for this on creator, Chris Carter. Credited with writing the first and last episodes (both critically savaged), as well as the suicide bomber episode Babylon, he seems to have lost all sense of subtlety. Sure, there is nothing wrong with using entertainment as a medium to stress the importance of something you believe in, and sometimes bluntness has a place. But does anyone want to hear the Cigarette Smoking Man (even disingenuously) reeling off statistics about global warming? Didn’t think so.

This isn’t a recent development either.

There was a particularly gregarious scene in the second movie where Mulder and Scully look at a picture of then President Bush and the theme music plays. Aside from being hokey and a cheap laugh, it, again, just takes us out of the moment. David Duchovny actually argued to have that part cut out, as it would age the movie and boy, he was right. In the intervening near-decade, this only seems to have become worse.

Expectations were too high 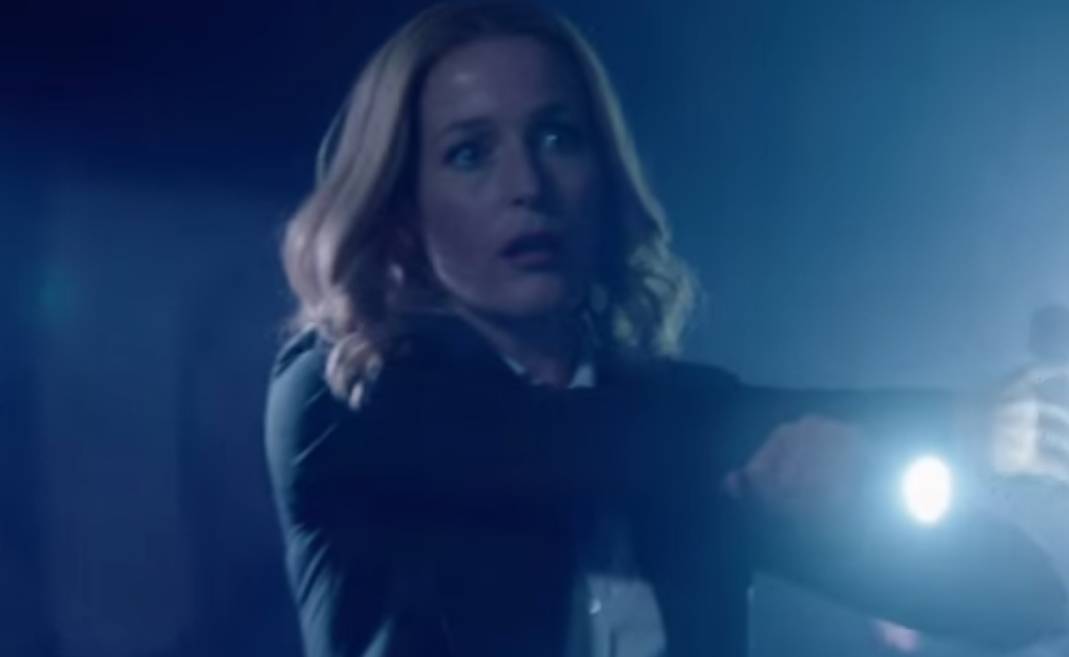 Given all of the above elements, people might have been expected to temper their expectations. But then again, people are pretty stupid.

Given the time since their last appearance (with most people having stopped watching for the god-awful final two seasons), coupled with the media hype machine going into overdrive, it was no surprise fans were chomping at the bit for the show to return. This wasn’t helped when the hardcore fans, in the hysteria-inducing melting pot of New York Comic Con, gave the first episode a standing ovation.

So then, it was no surprise that the “event”, which at best achieved middling quality, was such a crushing disappointment for so many. They had expected too much, been promised too much, and forgotten how bad the show could actually be.

Anyway, after six episodes, nothing has been resolved, more questions have been raised and another mini season is likely to be not too far around the corner, doubtless offering more of the same. The only question is, can they find a way to return the show to its former glory? The only answer:

I want to believe.