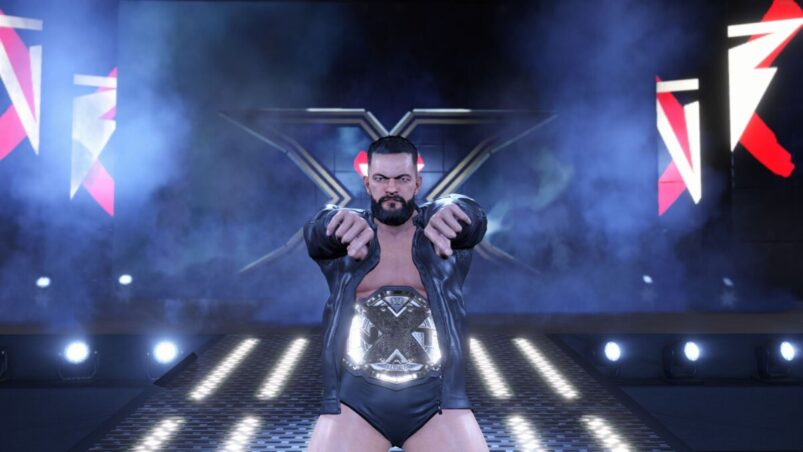 WWE 2K22 is finally here after years of waiting, with a huge roster and loads of content to tuck into. If you’ve pre-ordered the game or have bought one of its more expensive editions, you might be wondering how to claim your content.

If you’ve bought the game digitally, all of your content should be ready and waiting for you as soon as you install the game and DLC and launch WWE 2K22 for the first time, after which all of the content will be redeemed and ready to use. If you have the Season Pass and are wondering where all of the content is, 5x DLC packs will be released at some point in the future.

If you bought the game physically, that might be more complicated. You should have a redemption code inside your box that you can use on the storefront you’ve bought the game on, whether that’s the PlayStation Store or Microsoft Store. Follow the instructions on the enclosed slip, but don’t worry: it should all be fairly straightforward. You’re looking for a 12-digit code on PlayStation, 25-digit code on Xbox. All WWE 2K22 codes on PC should come as one complete code.

However, sometimes physical retailers will send codes via email for additional content, particularly when it comes to pre-order bonuses. Check your spam or promotion tabs in your email if you think you are entitled to the Undertaker Immortal Pack, or send them an email to chase them up if you have received nothing.

When you’re all set to play 2K22, be sure to read up on how you can play a First Blood match, as well as change your graphics settings on PC.

READ NEXT: WWE 2K22: The Biggest Wrestlers Missing From The Roster