Wrestlemania 31 PREVIEW: The Beast, The Goat and The Deadman 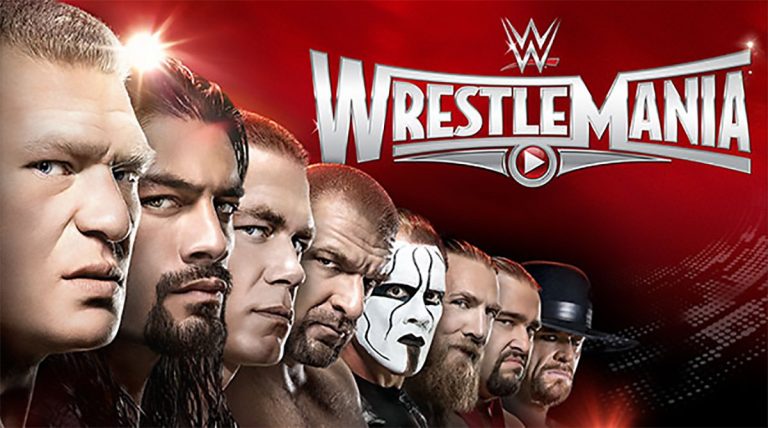 At the end of the day, if Roman Reigns really is going to become the man at WrestleMania 31 this Sunday, I want him to succeed in the role.

I have watched the people who have hated John Cena with every fiber of their whiny being for the past 10+ years, and I have no desire to emulate them with Reigns. Pro wrestling is supposed to be entertaining. There are a few different ways to realize that concept. The entertainment value is the trade-off for dealing with people who still think it’s hysterical that we watch a pre-determined athletic contest. People who have been bitching about John Cena since approximately WrestleMania 20 are about as sad as fans who are still bitching about what Hulk Hogan may or may not have done in 1989 or 1993. Why are they still watching? This fandom lends itself well to a self-righteous, deeply ingrained sense of entitlement, which includes the joy of complaining, but a decade and change of that? Really? Do wrestling fans like to be unhappy to such a spectacularly masochistic degree?

For any snark I may direct at Roman Reigns, Brock Lesnar, or anyone else, I’m ultimately an optimist. I want the talents currently under contract to succeed, because that benefits the reasons why I watch WWE and other companies to begin with.

After 26 years, I still like pro wrestling, and I still want to enjoy what I’m seeing. That doesn’t mean jumping on every bandwagon the WWE launches at my head, but it does mean trying to keep an open mind, particularly during periods of transition.

This is a period of transition, with guys like Seth Rollins, Bray Wyatt, and Roman Regins picking up where talents like Randy Orton and John Cena are leaving off. The latest and allegedly greatest youth movement is moving forward. I welcome the potential within that thought, as I always have.

And I want Roman Reigns to succeed. Even though I firmly believe he is not ready to main event the biggest card of the year, if he is going to topple a guy who has been pretty successfully portrayed as the most brutal entity in the business, then I want to see him do well. Unfortunately, he is not in a particularly enviable position to do that. Something about wrestling that is both great and terrible is the way things can change on a dime. Between a dismal Royal Rumble, RAW segments that have run the gamut from excellent to mediocre, and a tug-of-war for the WWE World Heavyweight Championship segment that is quite possibly the worst last-RAW-before-WrestleMania ever (I can finally say and mean the pitiful refrain “Back in my day, it was better”), Reigns is in trouble. 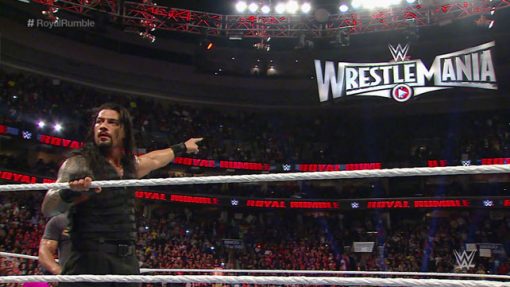 It’s not even really his fault. He’s an inexperienced performer who is struggling against the tide of bad booking, and an increasingly high level of fan indifference towards a match against a man who can barely go ten minutes without getting winded. That isn’t really a knock on Brock Lesnar. It’s just that being an MMA badass does not mean you can get away with wrestling a half-dozen times of year, with no consequences to your conditioning. WWE has had to book Lesnar in matches that shadow this reality, and even the biggest believers in WWE fandom are starting to feel like someone is treating them like idiots. When you get over the shock of The Undertaker’s Streak ending at WrestleMania 30, or the fact that no one had beaten John Cena decisively as Lesnar did at last year’s SummerSlam, you’re left with two really shitty matches.

Not even the possibility of Seth Rollins cashing in his Money in the Bank briefcase, which he can technically do after the Reigns/Lesnar showdown, is generating the kind of interest it should.

That’s too bad. If Reigns is going to become the new poster boy of WWE, then he is going to have to work up from what could be one of the most disappointing WrestleMania main events in recent memory. An experienced talent would struggle enough, but someone who has barely scratched the surface of what he can do? The odds are not in Roman’s corner, and a lackluster main event at the thirty-first WrestleMania could set the tone for months of WWE scrambling to make things right.

And historically, WWE in that specific position makes for painful television and disastrous supercards.

Nonetheless, there is no question that WWE will do very well for themselves financially, when WrestleMania 31 airs this Sunday on WWE Network and elsewhere. Cranky fans like myself will whine for days, but the vast majority of us are still going to watch. Some of us are going to watch because it’s just what we do. Others are still clinging to the hope that Lesnar/Regins will deliver.

And then others are looking to some of the other matches on the card, to give them the feeling that they aren’t wasting their Sunday, or indeed, their lives on something irrelevant. A company that is fighting a losing battle with social media, louder and bigger droves of indignant fans than ever before, and wrestling companies that are seemingly more committed to fan satisfaction. WWE needs an extraordinary WrestleMania card to offset these things and other obstacles. They will get the box office numbers they need, but will the critical/fan reception be as kind?

I think that in spite of a potentially terrible main event, there is still a card worth getting excited about. From top to bottom, the 31st installment of the most culturally significant wrestling brand in history has a lot of good things going for it. I’m putting myself in the third category. I’m looking at other matches on the card, but I’m open to the idea that Reigns/Lesnar (and Rollins?) will surprise me in the best way possible.

And if it doesn’t, again, the rest of the card (personal picks have been colored red) can more than make up for it.

Continue to the Next Page for Predictions