Home
Movies
Wish Upon (2017) REVIEW: A Modern Take On An Old Lesson
Movies 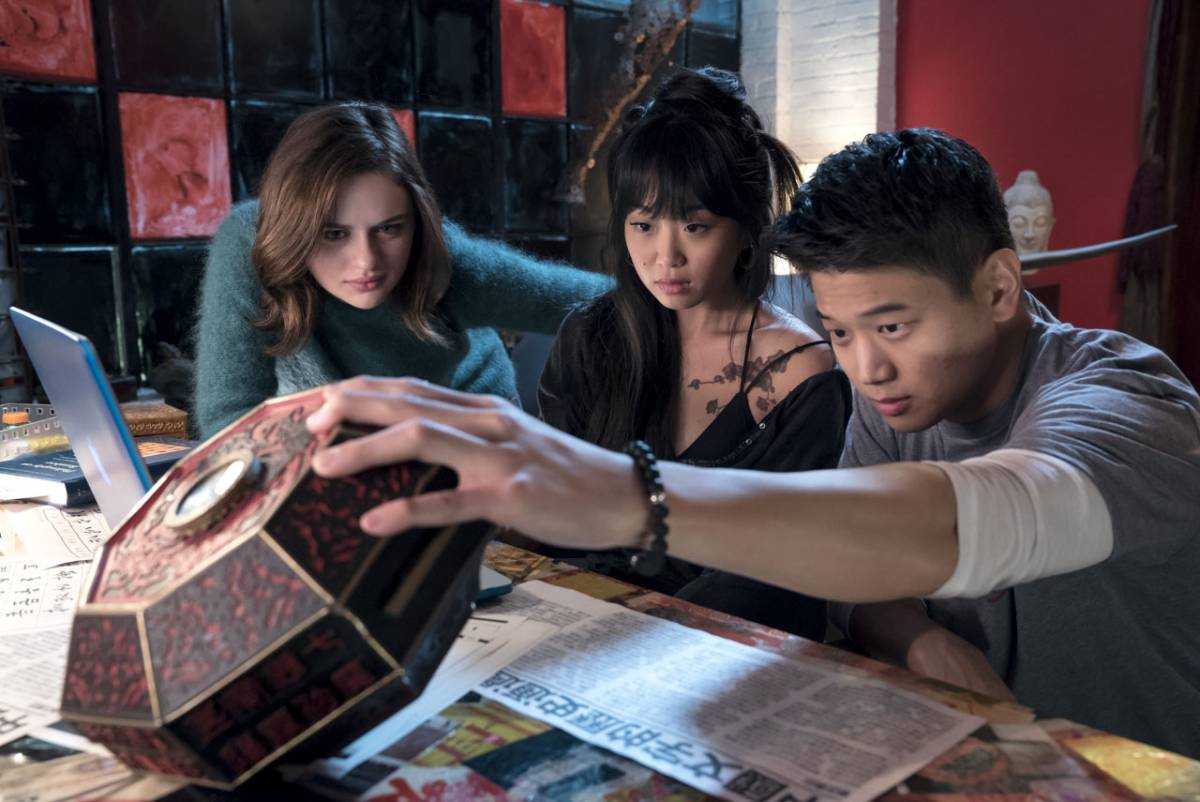 As the old saying goes, “Whenever you make a deal with the devil, remember – the devil always comes back for his pound of flesh.”

There’s plenty of room for that lesson in real life, but if you want to take an easier route, I’d suggest watching John R. Leonetti’s recent horror-thriller, Wish Upon.

After opening with a rather unfortunate incident involving a child witnessing her mother’s suicide, we meet a father and daughter who are down on their luck. Clare Shannon, played by Joey King, is a Plain Jane who can’t catch a break in high school while her father, played by the horror-thriller veteran Ryan Phillippe, collects scrap metal for a living. Clare struggles with the ups-and-downs of teenage life until her father brings home an artifact lined with ancient Mandarin symbols.

The artifact turns out to be an ancient Chinese wish box, which allows Clare to make seven wishes. After seeing her first wish come true (i.e. her main high school predator suffering a horrible injury), Clare proceeds to wish for the usual riches of teenage life – a hot boyfriend, a luxurious mansion, and all-around popularity. Unbeknownst to her, the wish box comes with a devastating exchange; for every wish, there is a blood debt to pay off. One freak accident occurs after the next until all Hell breaks loose.

It’s safe to say that good horror movies are hard to come by nowadays. “Wish Upon” is certainly no masterpiece in any sense of the word, but for what its worth, it’s not bad at all. The cast largely consists of teenagers, some of whom are clearly novices in their careers, but all give good performances that leave you wishing for their circumstances to either improve or diminish, given the choices they make as characters. As for the horror elements, the film has a decent combination of jump scares and ominous build-ups that usually pay off. Violence and the occasional gore leave their marks, but there’s nothing gratuitous or over-the-top with any of it.

On the downside, the pacing feels a little rushed in places, especially toward the middle. One scene will have a character meet an awful demise, then the very next will have someone saying, “So-and-so died a few days ago.” I ain’t a screenwriter or anything, but in a situation like this, I believe we need a scene between said segments to help A lead to C, thereby making a more effective impact. None of the actors are at fault on this one. This is where the editing comes into play, and that’s always a draining task. I sense there’s likely a good amount of deleted scenes for Wish Upon, which might account for the rushed pacing. Until then, that’s the biggest flaw keeping this movie from being truly great.

Though far from perfect, I’d say Wish Upon makes for a decent movie if you and your friends need something to watch one night. It’s a pretty well-balanced thriller with an echoing of a simple message – especially for your teen crowd.

Be careful what you wish for, you little shit.

Verdict
Wish Upon is not a bad attempt a horror-thriller, though it gets rushed in places.
7.5
Cultured Vultures is a pop culture website established in 2013 covering all things gaming, movies, and more. We eat your words.
All The News On Your Favourite Games