Home
Gaming
Will We See Another Brothers in Arms Game?
Gaming
·3 min read

Will We See Another Brothers in Arms Game? 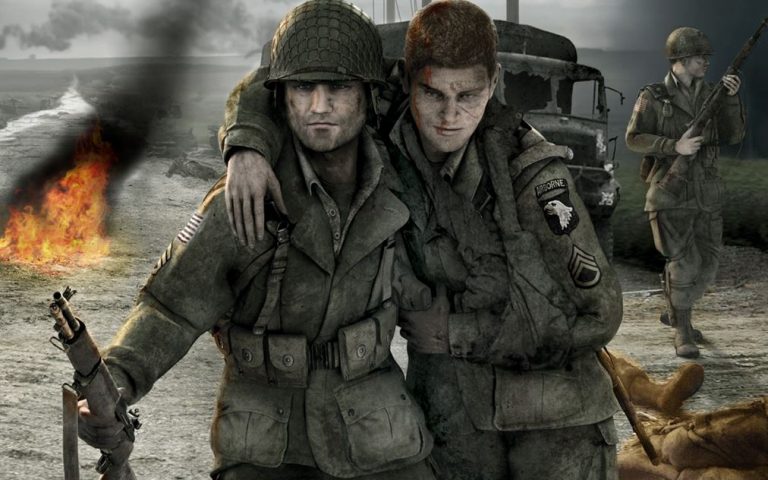 Remember those heady days when World War 2 games were all the rage? When you couldn’t move for Call of Duty or Medal of Honour shipping us out to some other foreign land to fight the Axis powers? Don’t forget that even before Call of Duty was about, we had the likes of Men of War, Soldiers: Heroes of World War 2 and, yes, all of the Medal of Honour games up until the 2010 release, which was just awful.

However, one game in particular chose to do something slightly different. It gave us the already worn out period of history 1939-1945 and decided to change it up.

Brothers in Arms: Road to Hill 30 came to us in early 2005 thanks to the combined efforts of Gearbox Software and Ubisoft. The overarching theme to Brothers in Arms (BIA) was tactics combined with true-to-life missions from Mission Albany (101st Airborne’s night parachute drop into Normandy on June 6th 1944) seen through the eyes of Sergeant Matt Baker.

What made the game so different from its counterparts was the way in which it focussed on tactics and flanking manoeuvres on the battlefield combined with an emphasis on suppressing the enemy before finishing them off at close quarters. What made BIA different was the addition of squads, one to three man teams that were at your beck and call.

You could order them to set up at a particular piece of cover before beginning to suppress the enemy, or you could have them follow you to close down the enemy. This was broken down simply into you having a ‘Fire Team’ and an ‘Assault Team’. This was a rare foray into combining the element of suppressing the enemy with one squad before ordering another to go in and ‘finish’ them off, almost making you take a step back from the battle rather than wade in head first. The game’s ‘Situational Awareness’ system gave you that ‘Condor Moment’ to analyse the ground in front of you before making your decision as to where to deploy your troops.

What I appreciated about BIA: Road to Hill 30 and its subsequent releases was the effort to go into a backstory, to give the characters personalities and quirks. They made the effort to make the characters likeable or detestable depending on your viewpoint. I also found that the enemy AI was quicker than I was at times. If you didn’t have them pinned,they’d be after you like a shot, they used cover intelligently and moved when necessary. This combined with true-to-life missions and realistic weapons (so none of this aim straight and true, you were more likely to shoot the bloke next then one you were actually aiming at) brought about a very welcome change of scenery for any WW2 FPS fan.

But after Road to Hill 30, Earned in Blood and Hell’s Highway it all sort of stopped for Baker’s Squad.

Yes, there have been other versions bearing the BIA name, but nothing remotely similar to what first came to our PC screens in 2005. We were given of another sort of BIA game through this trailer back in 2011 for Brothers in Arms Furious 4.

It looked just awful considering the following Sgt Baker and his squad had gathered after their three previous outings it seemed like this so called newest addition was more like a rushed idea on the back of a napkin than the well thought out interactive history lesson you got from previous BIA games. What I don’t understand is why just stop making a series that was so popular? Yes, the formula got a little tiresome, but the story and the characters drove it on. Especially in BIA: Hells Highway; you got to see a far grittier and darker side to what is a relatively ‘light’ FPS. You saw more and more what combat did to the protagonist, how dehumanising it was to see your enemies eviscerated in front of you.

So will we be seeing a new BIA game any time soon? Well, possibly. PC Gamer came out with some tantalising treats back in July 2015 after writing about an IGN interview with Gearbox founder Randy Pitchford. The article states that “I think the next Brothers in Arms game has to be authentic and we have been working on that,” he told IGN. “I feel we have unfinished business there with both the fiction and the history and I’d like to get into that. I spend a lot of time thinking about it.”

I am normally an optimist about these things but since this article came out in July of last year and literally nothing has come out about it since, it may mean that BIA has finally gone MIA. But it could mean that Gearbox are just working really hard on producing the next BIA title and making sure that it is as historically accurate and as thrilling as the previous titles. So one can live in hope.