Warning: it's a big explosion. 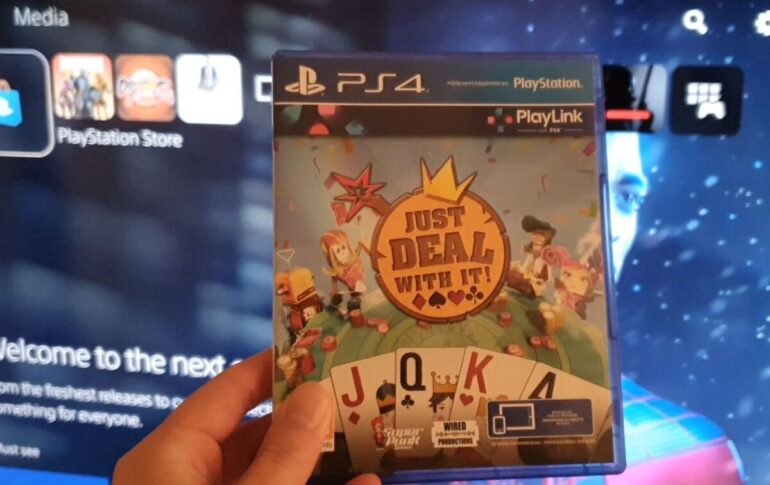 The PS5 is quite the marvellous bit of kit, even if so few can grab one because they’re apparently made out of some alien substance that’s only available from fallen meteors.

One of the big selling points is its backwards compatibility with the technology even boosting some games that weren’t strictly optimised for the console. As we saw with Cyberpunk 2077‘s PS4 version when played on PS5, what was under the hood allowed for better resolution and framerate despite the version not even being specifically optimised.

However, it’s not perfect as there are a few PS4 games that don’t work whatsover on PS5, though it is a pretty short list. The non-backwards compatible list has actually been shrinking with developers patching their games to work on PS4.

I decided to see what would happen if I tried to play a physical PS4 game on the disc PS5. Sadly, my room didn’t turn a blinding white as Knack descended in front of me, as if from another plane.

It’s nothing all that exciting, really. You just get the following message:

“This PS4 game or demo isn’t playable on PS5. If you have another version of this game, switch versions and you might be able to play it on PS5. For more information, go to PlayStation.com/bc.”

What’s funny is that this game, the pretty weird Just Deal With It!, may even be patched down the line to allow for backwards compatibility, though considering how few people seem bothered by it being missing from the BC program, it’s highly unlikely.

Just Deal With It!, by the way, is the last true PS4 exclusive, and yes, I did buy it just for that reason. I am that sad.

READ NEXT: Best Free PS5 Games You Should Download