Just Deal With It!: The One True PS4 Exclusive

Step aside, Nathan and Kratos. There's a new sheriff in town. 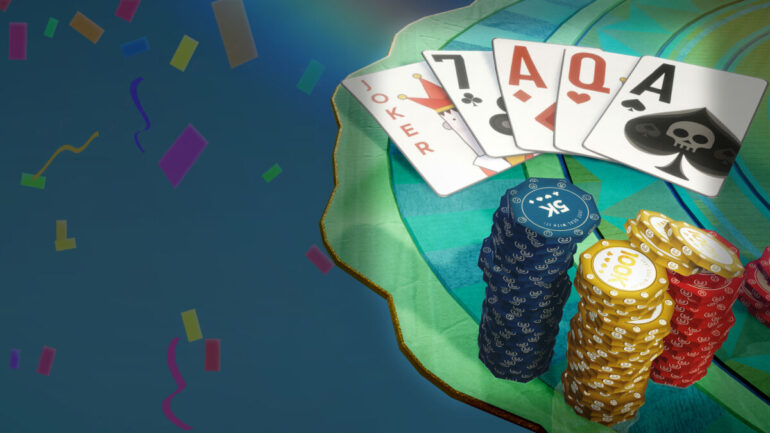 Just Deal With It!

With the announcement of the games that will be backwards compatible on PlayStation 5, it looks like all those PS4 exclusives won’t be quite as exclusive any more. God of War, Ghost of Tsushima, Uncharted 4 and many, many more are all now, strictly speaking, multi-platform, particularly as it looks like Sony are leveraging the PS5’s power to increase performance of some of their biggest first-party titles.

Not all PS4 games are coming along for the ride on PS5, though. Sony have released a list of non-backwards compatible games and it’s fair to say that nobody’s cancelled their pre-order over it. The biggest loss of them all is probably Shadow Complex, a fantastic game that can probably run on the starchiest, potatoiest laptop.

However, among the handful of games lies a PlayStation 4 exclusive, a game that will be left marooned on the eighth generation as the one true game for the PlayStation 4. Step forward Just Deal With It!, a PlayLink title developed by Super Punk Games that seems to have been buried in the avalanche of PlayLink games that happened all at once and then never again.

I, of course, had to buy it. But before the package arrived from Amazon and I questioned whether I should really put restrictions on my bank account, I had to download the app from the Play Store.

You see, PlayLink is a very interesting idea that’s seemingly been glossed over by most since it was announced. Intended to open up gaming on the PS4 to non-gamers, PlayLink allows people to play (mostly) party games together by using their mobile phones in lieu of the DualShock 4, because while grandma may think gaming is black magic, she’s pretty good at poking people on Facebook.

I’ve always been a believer in PlayLink and have played more than a handful of them with family, yet Just Deal With It! completely evaded my attention. Judging by the fact that it only has 10,000 downloads on the Play Store, I’m not alone. When you consider that curious people probably downloaded the app without knowing what it was and that multiple people in the same party will have to download the app, it makes the game look like even less of a success.

But does Just Deal With It! deserve more love, especially now that it’s the last PS4 exclusive? Is it a game that can hold a candle to the likes of The Last Guardian and Bloodborne? Maybe even Knack II?

Not at all, no. It’s just five different card games presented in a strangely isolating way.

There’s a bizarre coldness to Just Deal With It! that I can’t quite explain — it feels desolate and abject like a post-apocalypse. I think a lot of that comes down to the music, or lack thereof. Most party games have boppy, lively soundtracks that keep things light, but not only does Just Deal With It! have barely a note of music, it has an offputting ambience that makes you feel like you’re in a dungeon. Dripping water, falling rocks, and the howling wind score your family-friendly gambling. Even when you win, you get the briefest jingle and then it’s back to Guantanamo.

As for how the game itself plays, again: it’s just cards. Apart from a few unique modifiers, such as being able to encase your friend in ice to annoy them or work with them in frankyl distracting missions, you’re just playing poker on your TV through your phone.

As well as poker, there’s Rummy, Blackjack, Crazy Eights, and Hearts, though I couldn’t play one of them because we didn’t have enough players — I genuinely can’t remember which one. I’m a little curious on the demographic for Just Deal With It! in general. I can’t imagine serious card players wanting to be talked at by a host who sounds like a drunk Dracula, while casual players won’t be throwing their novelty card decks away any time soon.

Just Deal With It! also has next to no stakes because if you go bankrupt, you can just buy in again with no repercussions. The games are almost endless and stretch on and on and on with little reason to keep playing, other than to rack up slightly more points than other players. My partner and I did find some comfort in Rummy, though, our eyes glazing over as we tried to understand its weird ways, us finding peace in putting cards next to other cards. We were also on a beach for some reason.

It’s very difficult to find new things to discuss about Just Deal With It! as it simply isn’t a game that inspires much discussion. “Just okay” games are much more difficult to talk about than the best and worst games, in my experience. There are a couple of neat PlayLink trimmings with Just Deal With It!, such as being able to use a photo of yourself that appears in-game, but, again: it’s just cards.

I think the most interesting thing in general about Just Deal With It! is that there may come a time when it can’t even claim to be the one true PS4 exclusive anymore. As we’ve seen in the past, smartphone firmware updates have made older games incompatible, which would render Just Deal With It! basically unplayable.

All this being said, I’m still glad I played Just Deal With It!, especially as it may become a weird slice of gaming history that ScottTheWoz will cover in about ten years. I had some fun, for sure, though I don’t think I’d dust off my copy for a family get together when Frustration, the best board game of all time, exists. It also served as a neat reminder of PlayLink in general, which, while never brilliant, offered something a little different, experiences that would distract your nan from her poking rampage, if only for an hour or two.