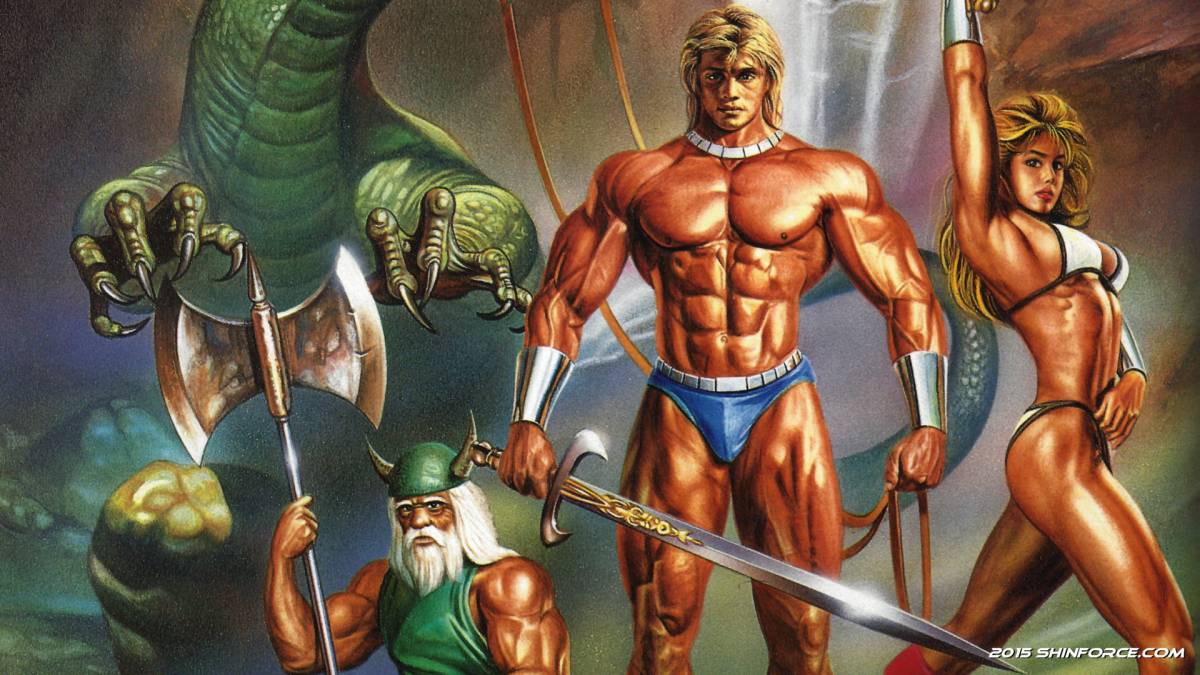 Reboots in video games; be honest with yourself, you love them, I love them and we are always eager to see our favourite franchises from our childhood revamped for a new generation of players as well as giving us that little kick of nostalgic goodliness. Whether they are just HD makeovers or the full on revamped remake with all the trimmings, we as gamers are invested in seeing how they pan out.

Don’t believe me? Why not try saying to a Final Fantasy 7 fan that remakes are awful, I’ll even buy you a drink of your choosing if you survive the ravenous hordes of FF7 fans that would try to rip you limb from limb.

However, despite us gamers seemingly being spoilt every year with reboot’s, HD makeovers and buttery smooth 60FPS mechanics, there are a small handful of games that for their time were great, but may never see the light of day in terms of a remake. That makes me sad and it should make you sad. You may never get to experience these games first hand, unless you have a lot of money stored in your bank account or you feel like being a deviant and getting a ROM hack of the game.

Here are just a few games I selected that I think should get the full RuPaul style makeover and how developers could go about making these. While I’m confident we can mostly agree that all these remakes could just need is a lick of graphical paint and perhaps online multiplayer or leaderboards, I say that’s not enough. What I want are complete and total overhauls, brand new adventures, fleshed out characters, engaging stories, such luxuries we take for granted today that may have been limited back in the golden days of the fourth or fifth console generation cycle. 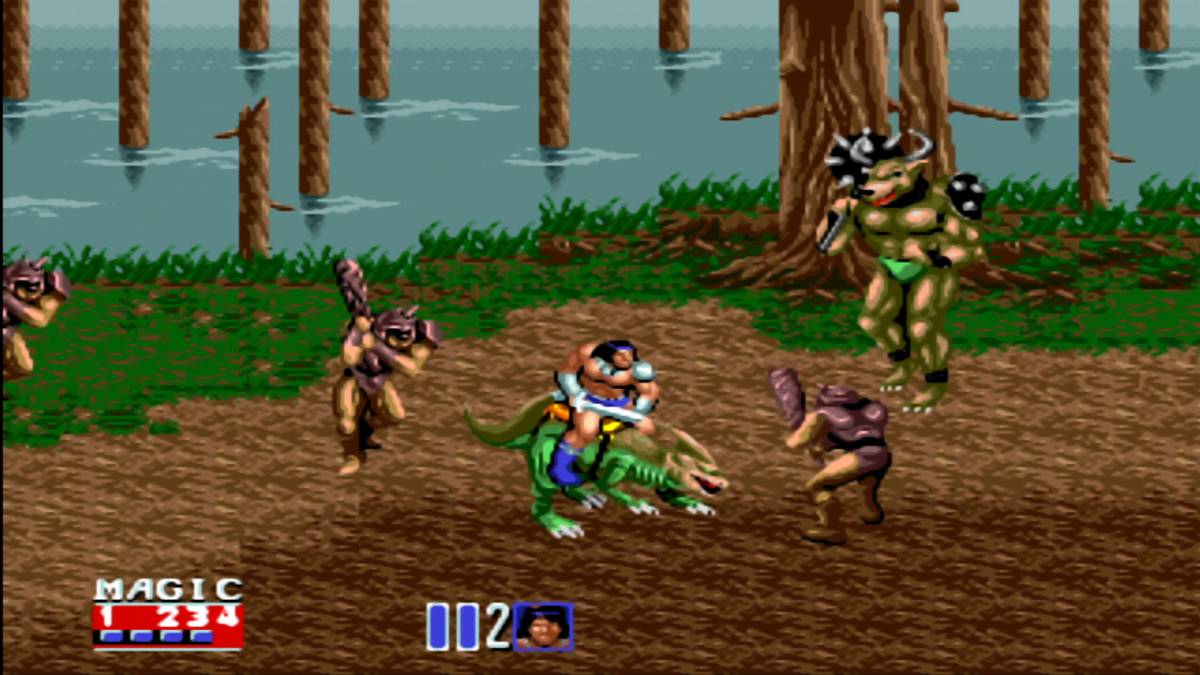 Golden Axe is high up on this list as they already had a reboot with 2008’s ‘Beast Rider,’ a horrendous, paint by the numbers sandbox game that made every die-hard fan of the original, myself included, die a little on the inside. Whilst there were talks of a proper 2D HD remake in the works, SEGA unfortunately pulled the plug on that also back in 2015.

But that doesn’t mean Golden Axe should be relegated to the forgotten annals of video game history, SEGA could easily pull off a simple 2D HD adventure, slap it onto PlayStation Store, Steam and XBLM and everyone would be happy for it.

For a true remake worth all the boasting, SEGA could also easily pull off a Dark Souls style game. Choosing the 3 protagonists from the old Golden Axe games, imagine an immersive, gothic and dark world that has already been taken over by antagonist Death Adder, where you have to hack, slash and cast upgradable spells that could devastate the battlefield in mere seconds.

Not only would this be an interesting take on the Dark Souls style playing, but it would also go with the mantra of the original Golden Axe games, which was being as tough as the leather you hold your sword in. Old and new fans alike would certainly flock to this idea and so long as they have the right team, SEGA could instantly find new fame for Tyris Flare, Ax Battler and Gilius Thunderhead.

Though if SEGA is reading this, you may want to change the names.

To my surprise, I was not aware that the Broken Sword series were actually still going when writing this article. Upon looking at a few let’s play videos of the The Serpent’s Curse on YouTube, it’s great that they are still going and that most of the characters I grew up with are still there. But the point and click genre has moved on so much, and there’s much more that Revolution Software and Sumo Digital can do.

The Broken Sword games were absolutely fantastic point and click adventure games to play back in the mid to late 1990’s. The animated adventures of George Stobbart and Nico Collard were filled with Templar conspiracies, mystery, espionage and out smarting Irish goats and they came at a time where video games were not known for their sharp writing, comedic timing and a general sense of warmth between the relationship of the two protagonists.

Thanks to companies like Tim Schafer’s Double Fine putting out new adventure games and Telltale Games doing impressive jobs on such franchises as Borderlands and Batman, maybe we could see our heroes travel the length and breadth of the world once more.

However, a full-on successful reboot could not only have a brand new retelling of when George met Nico and have us point and click our way to victory, but it would really be something if we had multiple paths to pursue and explore.

As an example, a decision George makes in France could seriously affect Nico in London and turn the game on its head giving you brand new puzzles and solutions to fit the appropriate narratives.

It would give players not only more incentive to come back and play the game repeatedly, it would breathe new life into a criminally overlooked video game franchise, and what the world needs right now is more impulsive decision making games.

Does anyone actually remember Destrega? Perhaps you don’t remember the game but the demo? As I did my research for this game I found plenty of people that do remember the game, loved the demo, but could not find a copy of the game for love nor money.

I was in the same boat too for a while until I saw it in a pre-owned games shop for £2.50 and I played the heck out of it, it really was a lost gem of the PS1 days and I would highly advise any game conesiur to track a copy down.

Developed by KOEI Games, the very same KOEI that gives us the amazing Dynasty Warriors franchise, Destrega is an open mapped fighting game and has you pitted against the AI in a terribly cheesy plot of magic powers and saving the continent from financial ruin. But the story didn’t matter, because the fighting was fun, action packed and the possibilities of victory were almost endless.

You could run to one side of the map and launch projectiles at your opponent or track them down and give them a challenge of good old game of fisticuffs. It was Super Smash Brothers, before Super Smash Brothers was popular, and in a video game world where Street Fighter, Tekken and Virtua Fighter clones were saturating the market, Destrega came as a breath of fresh air for some.

So how could KOEI give the world of Destrega another chance at the fighting game genre? With multiplayer both online and local of course! Fighting games were born to be the centrepiece of online gaming, with a robust roster, perhaps a better story plot as well, with plenty of upgrades and unlocks, this game could seriously be the XBox and PS4 counter argument to Super Smash Bros and give the franchise a good run for its money.

If David Lynch and Ridley Scott were ever to direct a video game, Fear Effect would be up there along with possibly Alan Wake or Deadly Premonition, despite the latter game being a torturous homage to Twin Peaks.

A surreal sci-fi action noir tale that does not put too much emphasis on horror elements, but enough to make you nervous from time to time, Fear Effect was a critical darling upon its 2000 release for its cel-shaded graphics and full motion backgrounds.

Even breaking out this game today, it has stood the test of time very well if you can forgive those Resident Evil/Silent Hill clunky controls that seemed to be all the rage back then. The only problem with Fear Effect was more that it came out late in the PS1 cycle and unfortunately, despite doing well critically it did not do so well commercially.

Out of all the games on this list Fear Effect is so good, yet so unknown you wouldn’t need to do much in the way of a reboot except perhaps make the story a little more coherent and get rid of those clunky controls. Of course, you couldn’t get away from making a reboot of this game and not include a weapon or fighting upgrade mechanic in there to keep things fresh and fun to play. Old fans would be happy either way to play as Hana Tsu-Vachel once again and newer fans could be introduced to a franchise that would make them wish they were born sooner, if it was done correctly.

1. The Legacy of Kain: Soul Reaver

I have noticed in the last couple of years the rumblings from video game fans about wanting a brand new Soul Reaver game and that is just fine with me. The Soul Reaver games were fun; the franchise had a brilliant revenge narrative and, for the PS1 era, some great voice acting to boot.

It was just a shame how one minute the franchise was there and disappeared the next down the whirlpool of the Lake of the Dead. Released during a point in the 90’s where pop culture was obsessed with the supernatural and mythical entities such as vampires, wraiths and the undead, that demand is still there today, mainly thanks to the oversubscribed zombie genre keeping fans interested.

There were a couple of sequels that came about the latter end of the PS1 and PS2 days, but none of those sequels had that tender love and care that the first game had, and Soul Reaver could venture a few paths as a rebooted franchise should Square Enix ask Eidos nicely for the licence. Considering they already have the licences for Tomb Raider and Hitman and done a great job on both franchises it’s not a huge leap of the imagination that we could see Raziel once again.

Being that Square Enix is one of the titan gods of the RPG genre, they could always do a classic style action RPG in the same vein as The Witcher series. Players could run around Nosgoth levelling up, side questing to fetch some dandy highway vampire their handbag and learning some sweet new moves as reward. All whilst plotting your revenge on the vampire leader Kain.

Alternatively, much in the same vein as the Hitman and Tomb Raider games, keep the formula simple with open areas and plenty of secret areas, upgrades, treasures and other trinkets to keep the mind busy and entertained as you embark on a 30+ hour journey.

Either way it would be in the developer’s best interest to keep it open world and keep the classic revenge tale to make the game as intriguing and as fun as possible.