Is A Vagabond Anime Coming Out?

"Accept everything just the way it is." 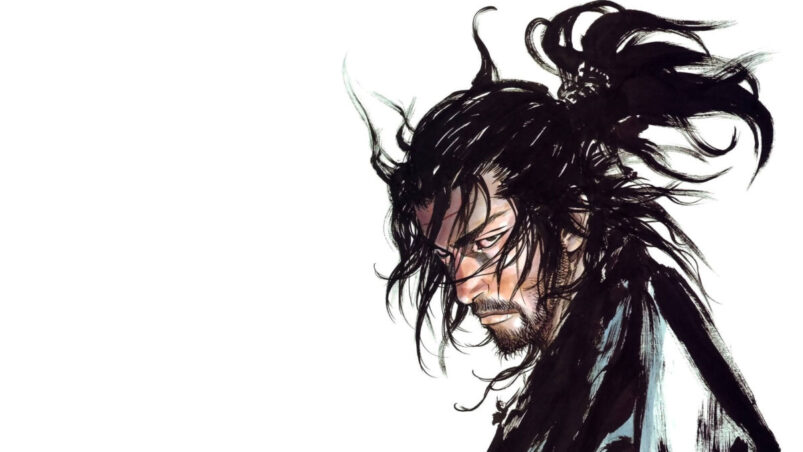 The illustrious mangaka Takehiko Inoue is a widely admired figure in the anime industry. His 90s basketball themed manga Slam Dunk has been credited as an all-time great which set the pace for future sports anime adaptations. Similarly, Vagabond is another one of Inoue’s highly acclaimed manga series that has been in publication for over two decades.

But what’s unbelievable is the fact that there is no Vagabond anime, despite its manga being ranked by millions as a masterpiece. An anime adaptation of Inoue’s fictitious perspective on legendary Japanese swordsman Musashi Miyamoto hasn’t been officially confirmed, although here’s everything you need to know about its possible arrival.

When Is The Vagabond Anime Coming Out?

The Vagabond anime unfortunately hasn’t been confirmed to be in production so there’s no release date to look forward to. On the bright side of things, the anime industry is a place where anything can be made possible, and we’re sure the Vagabond anime will air someday— a wild guess would be 2024.

Oddly enough, there’s a simple explanation behind why an adaptation hasn’t happened yet. It’s because the manga has panels that are so incredibly hand-drawn that some consider them to be impossible to be made into an anime without compromising the quality. But with what’s possible in terms of animation quality as of late, that may soon not stand as a problem anymore.

What Is Vagabond About? (Spoiler Alert)

In the aftermath of a great Japanese civil war, two warriors who belonged to the losing side, Takezō Shinmen (Musashi Miyamoto) and Matahachi Hon’iden take different paths in life when one chooses to live a life of quiet, while the other decides to become a vagabond and challenges foes considered unbeatable.

Takezō, our rogue in question, starts gaining infamy due to the ferocity with which he beats his opponents. After he returns to his hometown one day, he’s captured on unjust accounts but it’s in this brief period of captivity that a monk makes him rethink who he wants to be in life.

The Vagabond manga comprises over 36 volumes that amass a whopping 325+ chapters. Each chapter is made with so much dedication and that’s why essentially the art of the manga is considered in a league of its own.

Which Studio Could Make The Vagabond Anime?

Picking a studio fit to animate Vagabond is difficult. Given how iconic the art of the manga is, unless there’s a studio with enough workforce and a big enough budget backing it up, the anime won’t be able to do justice to Takehiko Inoue’s historical epic.

There’s currently no studio that has revealed it’s working on the Vagabond anime. A top pick would be getting Ufotable (Demon Slayer) or Studio MAPPA (Jujutsu Kaisen), or even both considering the difficulty, to jumpstart the project.

Where Could The Vagabond Anime Be Aired?

There are a few places where the Vagabond anime could possibly air. Netflix’s an option, but in our opinion, it wouldn’t be the best choice keeping in view the service’s track record of cutting corners in producing anime adaptations.

While their video game adaptations like Arcane are showered with praise, the production quality of their anime originals, Record of Ragnarok to be more specific, wasn’t received that well by fans. What would work for Inoue’s manga would be a third-party production with a good studio like Wit or MAPPA, and then have it aired on Crunchyroll perhaps.

We can also be sure that Inoue must’ve received an offer or two at least from companies regarding turning Vagabond into an anime, but he’s picky when it comes to his works and that’s rightfully so considering the delicate matter of the art style. There’s no shortage of riveting story moments either in the manga, so with luck, the panels might finally be able to witness mainstream glory in the near future.

READ NEXT: Chainsaw Man: Season 2 – Release Date, Story & What You Should Know