Record of Ragnarok: Season 2 – Release Date, Story & What You Should Know 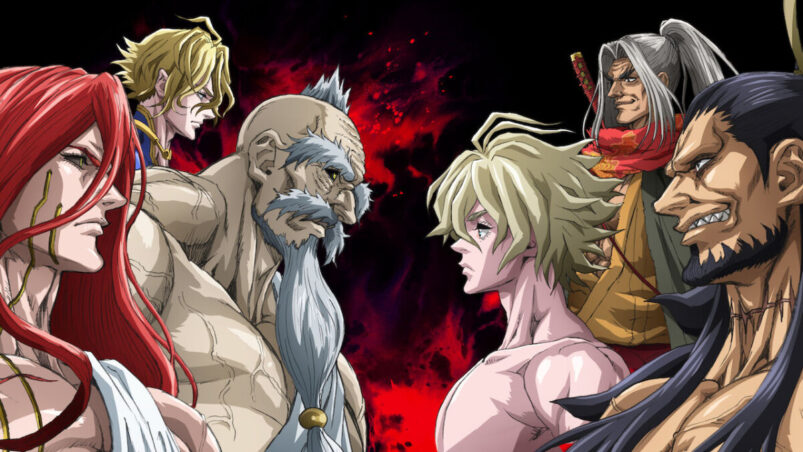 Among Netflix’s 2021 anime roster, Record of Ragnarok was one that fans enjoyed the most. The manga had been a fan favorite since its launch and the anime adaptation held up pretty well in certain aspects, although it did have its flaws. But now some time has passed since we last saw the Gods clash with humans, so what’re the possibilities that Record of Ragnarok: Season 2 will happen?

The first season was praised for its story, but the animation was subjected to widespread criticism, specifically for its slideshow-like presentation. However, it turns out that the negatives didn’t outweigh the positives, and that’s why Record of Ragnarok: Season 2 has been confirmed to be in production. Although the details still remain shrouded in mystery, here’s a look at everything we know so far about the second season.

When Is Record of Ragnarok: Season 2 Coming Out?

UPDATE: The official Twitter account of the anime has confirmed that Record of Ragnarok: Season 2 will return with 10 episodes on January 26, 2023, while the remaining episodes 11-15 will be made available on Netflix at a later date. The announcement also came along with a new trailer showing off the next rounds.

ORIGINAL: The official Twitter account of the anime has confirmed that Record of Ragnarok: Season 2 will air in 2023. Unfortunately, the exact air date hasn’t been revealed, but you’ll be glad to know that a trailer showing sneak peeks of what’s to come is out.

Controversial though the animation quality may be, Shinya Umemura and Takumi Fukui’s wicked blend of this fantasy meets martial arts story will be continuing in 2023, so fans who were hoping for a sequel should rest at ease.

What Is Record of Ragnarok: Season 2 About? (Spoiler Alert)

As per the official plot of the manga, there will be a total of 13 fights between the Gods and humans that’ll ultimately decide whether the humans will live or die. Out of those thirteen, Record of Ragnarok: Season 1 covered the first 3, and teased the fourth in its closing moments.

So that means Record of Ragnarok: Season 2 will kick off the fourth fight of the tournament, and that’ll be between Hercules, the Gods’ fighter, facing off against Humanity’s Jack the Ripper. That’s a surprising match-up considering Hercules is rumored to be the strongest, and what’s even more so is that you’d never expect Jack to fight for Humanity’s survival.

Which Studio Is Making Record of Ragnarok: Season 2?

Studio Graphinica animated the first season, and its reception has been rather mixed. Now for Record of Ragnarok: Season 2, Netflix announced that this time around, Graphinica and Yumeta Company will both be developing the second season.

It seems like Netflix has heard what the fandom wanted, although it’s not a guarantee the animation will be improved —we’ll give them the benefit of the doubt for now.

Where Will Record of Ragnarok: Season 2 Be Aired?

Netflix is currently the only place available to stream the series— yes, it’s not on Crunchyroll. The case for Record of Ragnarok: Season 2 appears to be the same, so expect to watch it only on Netflix in 2023.

The anime has been a wonderful series to binge-watch due to its quirky battles, and solid plotline, and as the second season is on its way, you best get ready for more rounds of loaded action.

READ NEXT: Violet Evergarden: Season 2 – Release Date, Story & What You Should Know