Unicorn Store has a lot of magic, charm and heart to it. 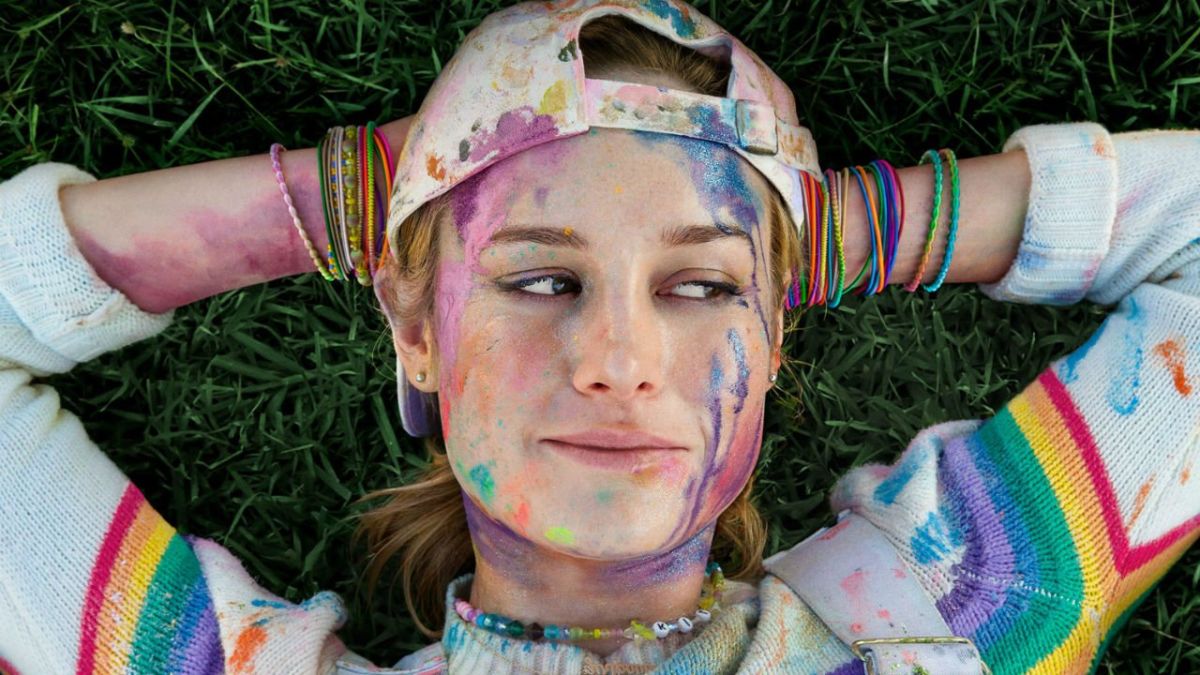 Written by Samantha McIntyre and directed by Brie Larson, Unicorn Store tells the story of Kit (Brie Larson), a young aspiring artist who moves back in with her parents after receiving poor reviews at an art installation.

Feeling like a failure and disillusioned with pursuing her artistic dreams, Kit decides to get a temp job working in an office. After spending a while trying to climb the corporate ladder, Kit receives a mysterious letter with a cryptic invitation to a place called the Unicorn Store. Here she meets the eccentric character known as The Salesman (Samuel L. Jackson), who offers Kit a supposedly real life unicorn if she agrees to design a home for the creature to live in. As movie plots go, this is pretty peculiar but despite it having a very fantastical and magical angle, at its core Unicorn Store is a film about coming to terms with growing up.

Having watched the trailer and read up on the film prior to watching it, I was expecting it to be a surreal indie drama and this is indeed the case. But what I was surprised about was just how funny Unicorn Store is. Brie Larson is a tremendously entertaining actress but Unicorn Store doesn’t just rely on the leading star for laughs. The supporting cast is brilliant with some hilarious performances from actors such as Joan Cusack, Bradley Whitford and Karan Soni. Although the main focus is on Kit, The Salesman and later on Virgil (Mamoudou Athie), one of Unicorn Store’s best elements is the offbeat and strange side characters that pop up every now and then throughout the film.

There is very much a sense of Kit being trapped between two worlds. On the one hand, there is the career orientated Kit who has to fight the continual boredom of photocopying endless documents and her creepy, pervy boss who has taken a particular interest in her. And on the other, there is the creative, wacky Kit who is undertaking her passion project of creating the perfect home for her hopefully soon to arrive unicorn. One of the best scenes of Unicorn Store is when she gives a presentation on a hoover and decides to shower the potential investors in glitter and confetti, as she brings her creative style to the workplace. It epitomizes her struggle to know which world she truly belongs to and where she fits into it all.

Certain aspects of Unicorn Store are a little silly and although there is something sweet about her genuinely believing she is getting a unicorn, it is a bit daft that Kit goes along with it. However, that can be overlooked, as it is symbolic of her need to have something magical in her life. Something to fill a void in her soul that has been present for some time. That is the main aspect I felt worked really well in Unicorn Store. There is the whole unicorn storyline which is slightly intriguing but it is the character of Kit and the emotional journey she experiences throughout the film which is the real meaty substance of the piece.

There is a lot to like about Unicorn Store. It has a witty and very funny script embellished and brought to life by some great performances. Brie Larson’s talent and range as an actress continues to impress in this outing, as she demonstrates her ability to combine drama and humour seamlessly.

The only slight disappointment with Unicorn Store is its ending. I feel that the film could have finished five minutes earlier. Amidst all the interesting character development and amusing scenarios, there is still the unanswered question of whether or not The Salesman actually has a unicorn. An answer is given and a particular direction is taken at the end of the film and although it succeeds in being a surprise choice, I would have preferred it to have gone the other way. Fortunately, it is the only negative aspect of Unicorn Store as the writing, acting, comedy and drama is all excellent.

Verdict
Unicorn Store has a lot of magic, charm and heart to it and although at times it becomes a little too fantastical, the character at its core and the journey she goes through provides an entertaining and investing watch.
8.5
Cultured Vultures is a pop culture website established in 2013 covering all things gaming, movies, and more. We eat your words.
All The News On The Biggest Games